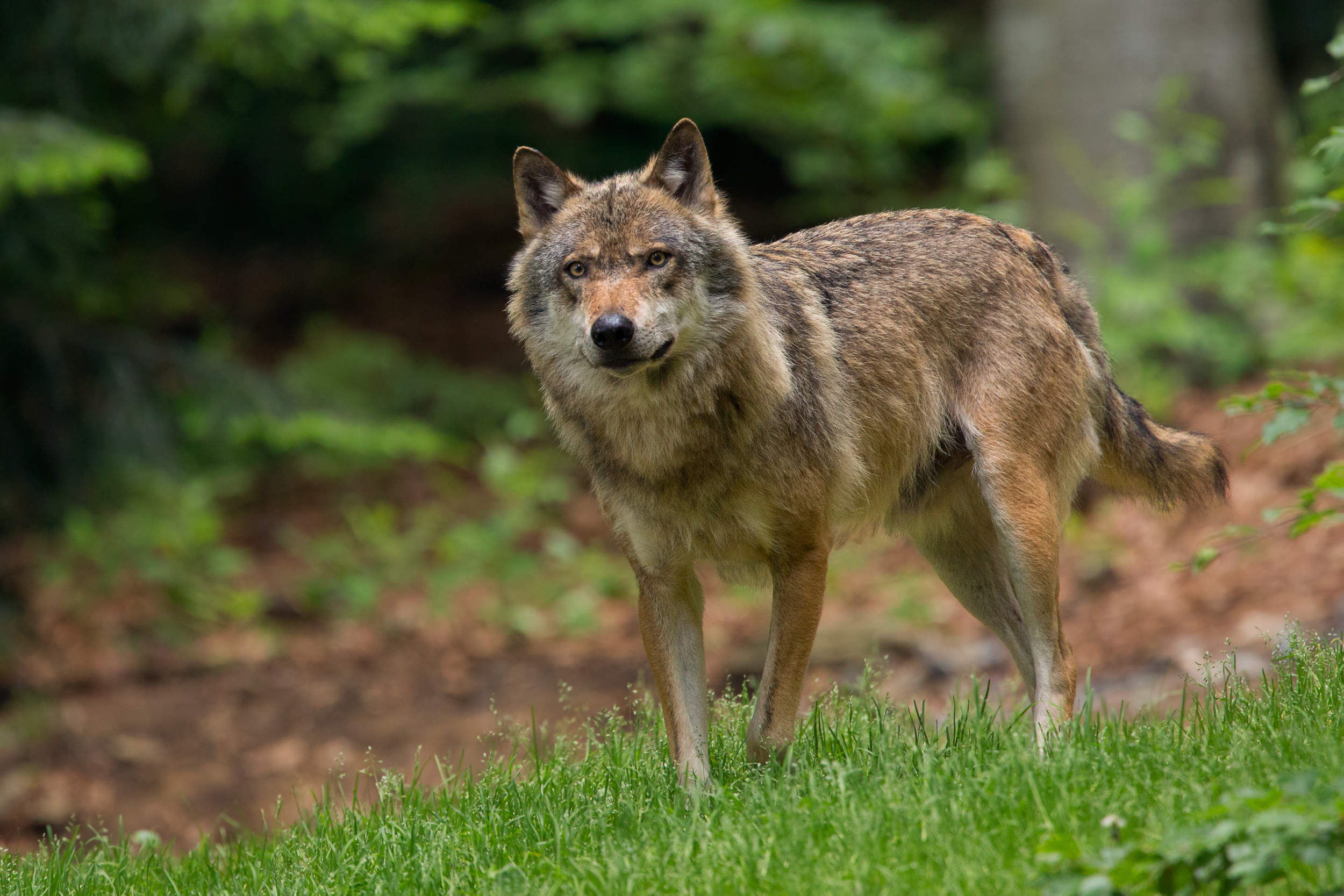 The puppies of a wolf that mated with a domestic dog must be tracked down and shot, authorities in the southeastern German state of Bavaria have announced.

Officials documented the wolf-dog hybrids in the region of Lower Franconia, located at the northwestern edge of Bavaria. German law requires that these hybrid animals are shot in order to protect the local wolf population.

Wolves were hunted to extinction in Germany in the 19th century, but were reintroduced to the country in 2000 and numbers have been gradually increasing ever since.

Wolf-dog hybrids are animals that are part wolf (Canis lupus) and part domestic dog (Canis lupus familiaris). This interbreeding is possible because domesticated dogs are descended from wolves, so are very similar on a genetic level.

In the United States, many people own wolf-dog hybrids as a pet. One estimate puts the number of these hybrid animals in the country at more than 300,000, figures from The University of California, Davis Veterinary Genetics Laboratory show.

But these hybrids are banned in many U.S. states and jurisdictions, and they are not a recognized breed. Some animal welfare organizations, including the American Society for the Prevention of Cruelty to Animals, consider them to be wild animals and oppose their breeding and possession of them.

Bavarian authorities found genetic traces of a wolf and her young in the Rhön-Grabfeld district of Lower Franconia after examining the carcasses of three dead sheep.

The genetic findings indicate that the puppies are wolf dogs, the result of the mother mating with a domestic dog in the spring of this year, the Bavarian State Office for the Environment (LfU) said Thursday.

The German Federal Nature Conservation Act requires that the hybrids must be shot. The mixing of dogs and wolves leads to genetic changes that could lead to a deterioration of the gene pool in the wild animals, a spokesperson for the LfU said.

The wolf is perfectly adapted to life in the wild whereas domestic dogs are not. Officials said the long-term survival of wolves in the wild could only be ensured if the animal does not lose its adaptations to its natural environment, something which crossbreeding could put at risk.

The LfU said it will not take steps to remove the hybrid puppies. Removal can involve catching or shooting the animals. But for hybrids older than three months old, as is the case with the present situation, authorities will opt for a “lethal removal”—i.e. shooting.

Animals born in the wild, like the hybrid puppies, would not be able to adapt to permanent confinement in an enclosure and would suffer in captivity, authorities said.

Newsweek reached out to the Bavarian State Office for the Environment for comment.