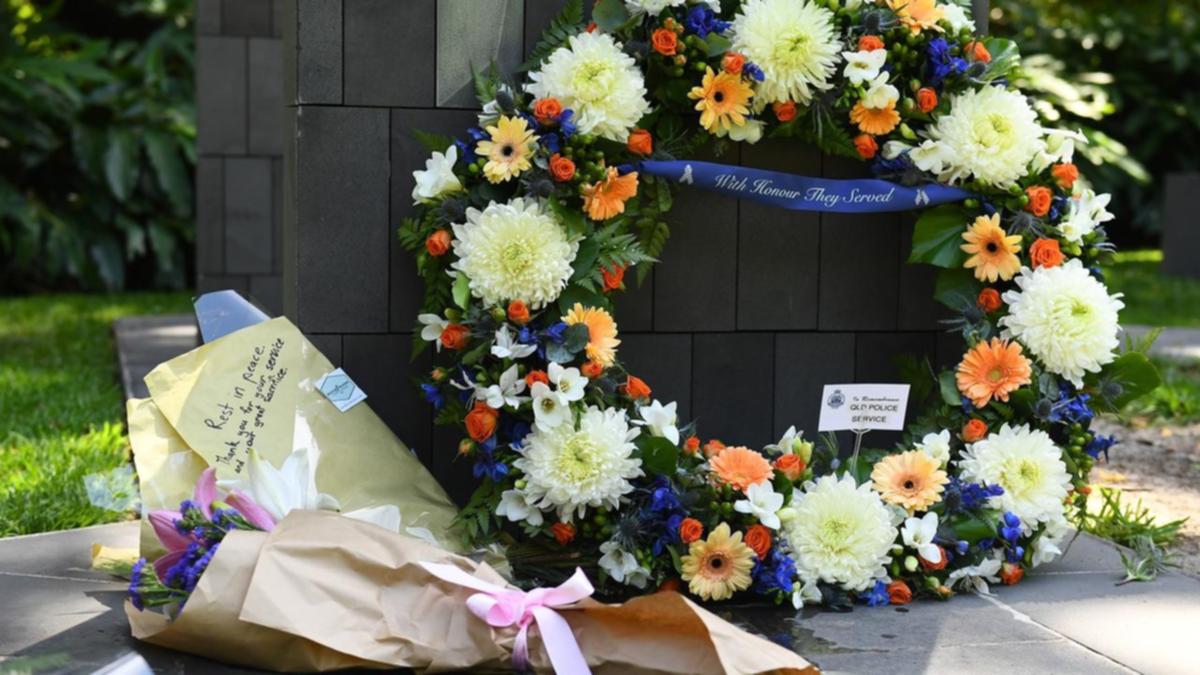 Queensland Premier Annastacia Palaszczuk has paid her respects to two police officers “tragically taken” in last week’s shooting, in which four others died.

The entire Western Downs community is going through a “really rough time”, she says.

The trio was gunned down by Gareth, Stacey and Nathaniel Train at a rural property at Wieambilla, three hours west of Brisbane, last Monday.

A sorrowful premier spoke with police and locals in nearby Chinchilla and Tara about the loss of the two officers, who will be farewelled at a funeral in Brisbane on Wednesday.

“Everyone’s gone through a really rough time out here and I want all of Queensland and all of Australia to continue to show their support for the two young lives that were tragically taken,” she told reporters.

“There will be much sadness over the organisation, and Tara, and Dalby, and Chinchilla, for many many years to come,” she told reporters.

“But we will band together to make sure that we all get through it – and we will – and the memorial, the full police on honours I think, will be a fitting tribute to two amazing young constables.”

Investigators and the police union are probing the circumstances of the attack, which Constables Keely Brough and her colleague Randall Kirk managed to escape.

After the initial ambush, the Trains were shot dead in a firefight later that night with heavily armed tactical police officers.

The police union has started a fund for the two slain officers and a GoFundMe account has been set up for Mr Dare.

Another GoFundMe has been established for Constables Brough and Kirk by the former’s friend Mindy Mackay.

She says the two constables can use the money for medical or psychosocial treatment, self-care, a holiday or “anything that will make their lives a bit easier”.

“What these two officers experienced and witnessed is extremely traumatic and will impact both of them for the rest of their lives,” Ms Mackay wrote.

“A group of us from the ex-ADF community have banded together with some amazing men and women from the QPS to organise this fundraiser.”

Investigators still haven’t determined a motive but are probing the links between the Trains and conspiracy groups online, and their digital footprints.