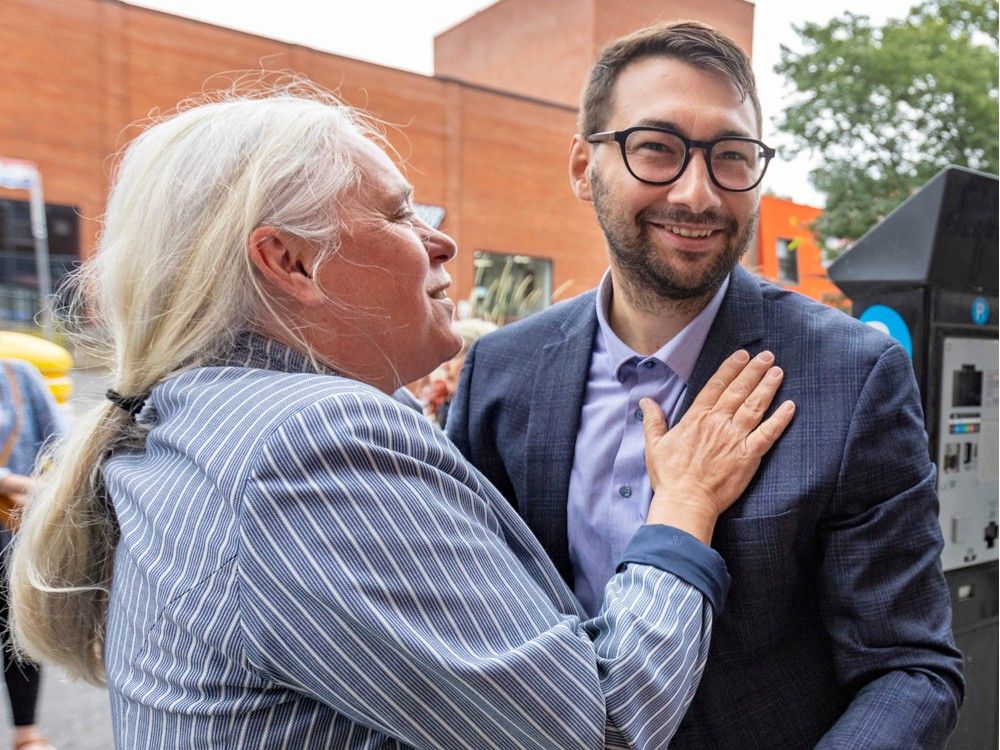 Québec solidaire is hoping the departure of Liberal leader Dominique Anglade from the Montreal riding of Saint-Henri–Sainte-Anne pays off for them in the form of another MNA in the legislature.

Premier François Legault has yet to call a byelection to replace Anglade, but QS has charged ahead in choosing a candidate for the eventual race.

The candidate will be immigration lawyer Guillaume Cliche-Rivard, who placed second to Anglade in the Oct. 3 general election. He managed to bag 27.2 per cent of the vote in what is traditionally a Liberal stronghold.

“Guillaume Cliche-Rivard has never stopped working (in the riding) since Oct. 3,” QS co-spokesperson Gabriel Nadeau-Dubois told reporters as he arrived for a pre-session caucus meeting Monday.

“We had a first rally in the riding last night. We impatiently await the launch of this election,” Nadeau-Dubois said.

“We are ready. We are already on the scene. We are the only party which has a candidate. We were about 100 last night. We will work very hard.”

Nadeau-Dubois noted the housing crisis is hitting particularly hard in the riding, and electing a QS MNA would ensure that the voices of those affected are heard.

“We did not see the Liberals on the housing issue,” Nadeau-Dubois said. “We were the ones on top of this. That is the message we will carry in the election.

“One more (MNA) is always fun,” he added. “But it’s not just anyone. He (Cliche-Rivard) is the kind of voice we need in the National Assembly.  When François Legault talks about Quebec, not everyone feels represented.

“With what he (Legault) said about immigration at the end of the last election, lots of Quebecers feel that when François Legault talks about Quebec he’s not talking about them.

Later, QS co-spokesperson Manon Massé praised Cliche-Rivard, who made headlines in 2019 for leading the charge to have the Coalition Avenir Québec government retreat from plans to shred 18,000 immigration applications on file as part of a reform.

Cliche-Rivard at the time was president of the Association québécoise des avocats et avocates en droit et immigration. He stepped down from that job before the 2022 election.

“In François Legault’s Quebec, not everyone feels welcome,” Massé said in remarks to the caucus as Cliche-Rivard stood close by. “You are someone who gives Quebec people of diversity dignity. And Quebec, honestly, needs this.”

The premier has until the end of May to call the byelection. Anglade stepped down Dec. 1. She had earned 36 per cent of the vote in the general election as head of the Liberal party.

QS holds 11 seats in the legislature, which resumes sitting Jan. 31.

While the Liberals held Saint-Henri–Sainte-Anne, they lost the neighbouring riding of Verdun, which also had been a Liberal stronghold.