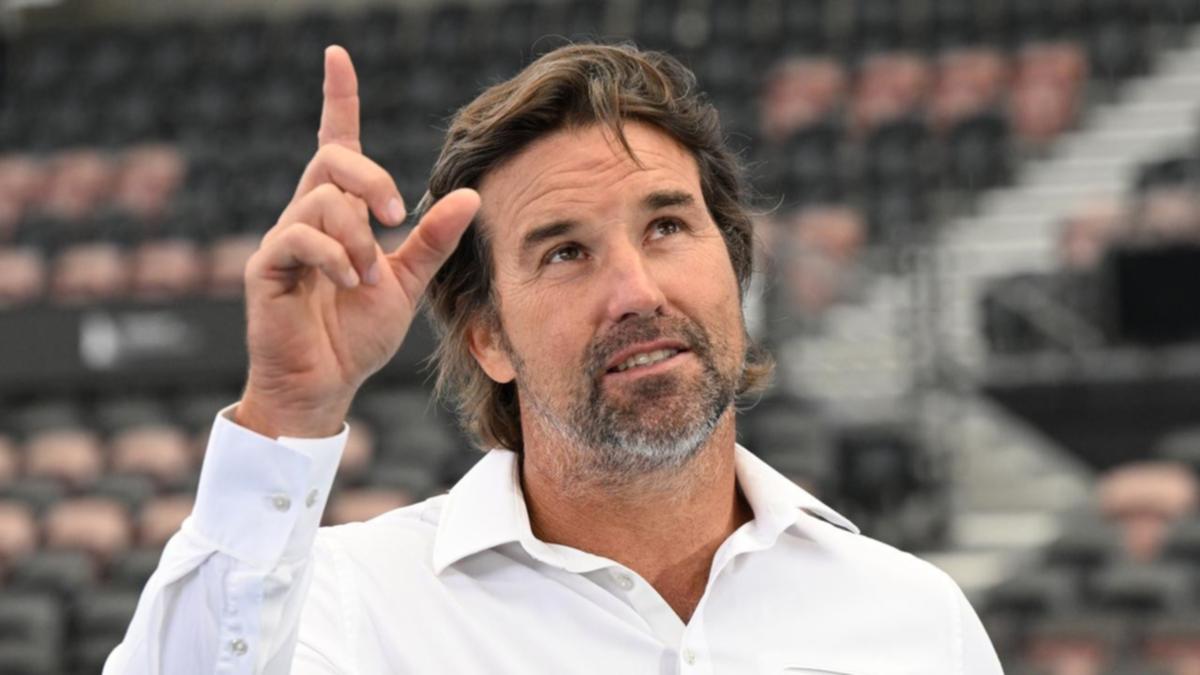 Pat Rafter always relished the team environment and ethos when he represented Australia in the Davis Cup, which is why he says the inaugural United Cup event is a “great concept”.

Rafter spoke about his excitement ahead of the Brisbane group stage component of the 18-country team event that begins on Thursday, December 29 at Queensland Tennis Centre, where teams from six nations will compete. Sydney and Melbourne will host the other 12 teams.

Standing on the centre court named after him, the former world No.1 said the fact the best men and women from around the world were playing together was a step in the right direction.

“When I played, we rarely saw the men and women come together. It is extra content and an extra dynamic that the players and the people in the stands can watch,” Rafter told reporters.

“You are going to see some of the great players play multiple matches. A lot of the time if a (big name) player comes here and they lose you don’t get to see them again.

“The concept of team sports has been working really well. We saw with the ATP Cup how engaged they all were. I think the (United Cup) is going to have that same kind of feel like the old Davis Cup, Billie Jean King Cup and those type of events.”

The list of big names on their way to Brisbane has Rafter licking his lips about the quality of tennis to be played.

Across seven days, Brisbane will host Poland, Switzerland and Kazakhstan in Group B, while Group E boasts Italy, Norway and Brazil.

“You are also going to see some fresh faces, names you may not know but who are going to be the next up-and-comers,” he said.

It is women’s world No.1 Iga Swiatek from Poland, the current French Open and US Open champion, who is the major drawcard and who Rafter has keenly followed over the years, due to her clashes with Ash Barty.

“Swiatek is a great player. I saw a lot of her play because I saw a lot of Ash play. Whenever I would watch Ash they would be coming up against each other,” he said.

“She’s had a really great year and has a lot of smarts about her. She is one of those girls I thought had an X (factor) element as part of her game. By all accounts she is a really lovely girl. I know Ash is a big fan of hers.”