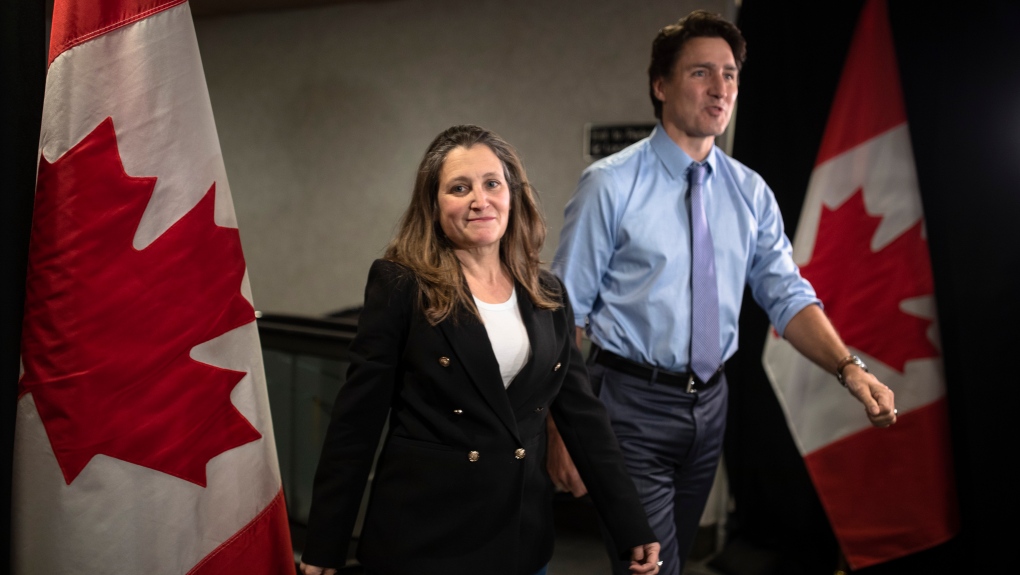 As Prime Minister Justin Trudeau gathers with his cabinet for a pre-return to Parliament retreat to plot out their priorities for 2023, a big focus of the conversation is on Canadians’ cost of living concerns.


Moreover, the question circulating at the meeting of ministers is how the Liberals plan to pay for their domestic political and international commitments as well as a potential multibillion-dollar deal with the provinces on health care, while being mindful of the risk of a recession.


As Trudeau meets with his front bench, a new report from the Business Council of Canada and Bennett Jones warns that there’s a “high risk” the Liberals won’t be able to follow through on all their spending plans without veering off of a more prudent fiscal track.


Helping cabinet assess the lay of the economic landscape on Tuesday, ministers heard from a trio of top economic minds ahead of what is expected to be yet another Bank of Canada interest rate hike Wednesday.


So, what’s being said about all this at the federal cabinet retreat?


Here are some of the key quotes.


“We have talked a lot about the work that we are doing as a government, what Canadians are doing, Canadian people, Canadian businesses, to increase Canada’s economic capacity to increase growth and to drive the creation of more good jobs for Canadians. We spoke very much about the challenges ahead. There is a lot of uncertainty, a lot of volatility in the global economy. And we also spoke about the position of strength from which Canada enters this challenging period,” Freeland said during a scrum with reporters at the retreat on Tuesday.


“We’re already seeing a slowdown in the economy, and it means that we’re going have to make some really serious choices about how we invest in Canadians, how we grow the economy. Where we actually direct the fiscal room that we have, the money that we have to invest in budget [2023] so we make smart choices for the future… Because of what we’re seeing with inflation, still at about 6.3 per cent, three times higher than we want to see it, that we are going to continue to see a slowdown in the economy. So, 2023 is going to be a turbulent economic year,” Boissonnault said in an interview on CTV News Channel’s Power Play with Vassy Kapelos, live from the retreat on Tuesday.


“That means that we’re going to face some tough times as Canadians. And that’s why our supports for Canadians will continue. We’ve been through this before, and the economic fundamentals of the economy are good… After 2023, the future is very bright for Canada. We can get into the international reasons for that, but the bottom-line message is we’re going to have to make some really clear choices for Canadians in this budget,” he said.


“You know, what people have in their minds is: ‘Where are interest rates going to level out? And if they do come down, or when they come down, how fast and by how much?’ … There are risks on the downside to the economic outlook. Evidently we haven’t seen all the effects of interest rates so far because it takes time for them to act. And many, many forecasters say it’s really going to be in the first three quarters of this year that we see the effects on GDP growth and on employment,” Wilkins said during a scrum with reporters at the retreat on Tuesday.


“And that’s going to bring inflation down even more. On the other hand, we see China opening, we see still some tightening in in labour markets here in Canada, in the U.S. and in other countries. And so that could mean that inflation stays a bit higher, or sticky at a level that’s lower than it is today, but still higher than the two per cent inflation targets that many of us have, and that because of that interest rates will either have to rise more or stay higher for longer,” she said.


“Right now, as we look at the new commitments that are being made, we have to wait to see what comes out on the health accord. You know, my suspicion is there is not going to be an awful lot up front on that, it’s going to be a long run deal such that it doesn’t have as much of an impact over the short run considerations… We are still in a situation where the Bank of Canada is paying attention to what happens on fiscal policy. If you go too far, too fast, the Bank of Canada is going to simply ratchet things up and make the interest rate environment more challenging,” Milligan said during a scrum with reporters at the retreat on Tuesday.


“I think it is most likely over the next year that there’s going to be a soft patch in the economy. And I think all policymakers should keep that in mind. Whether that’s making sure that the employment insurance system is ready, whether that’s thinking about another round of income transfers to lower-income folks in a targeted way, those are the kinds of policy measures you might consider when the economy hits a slow patch,” he said.