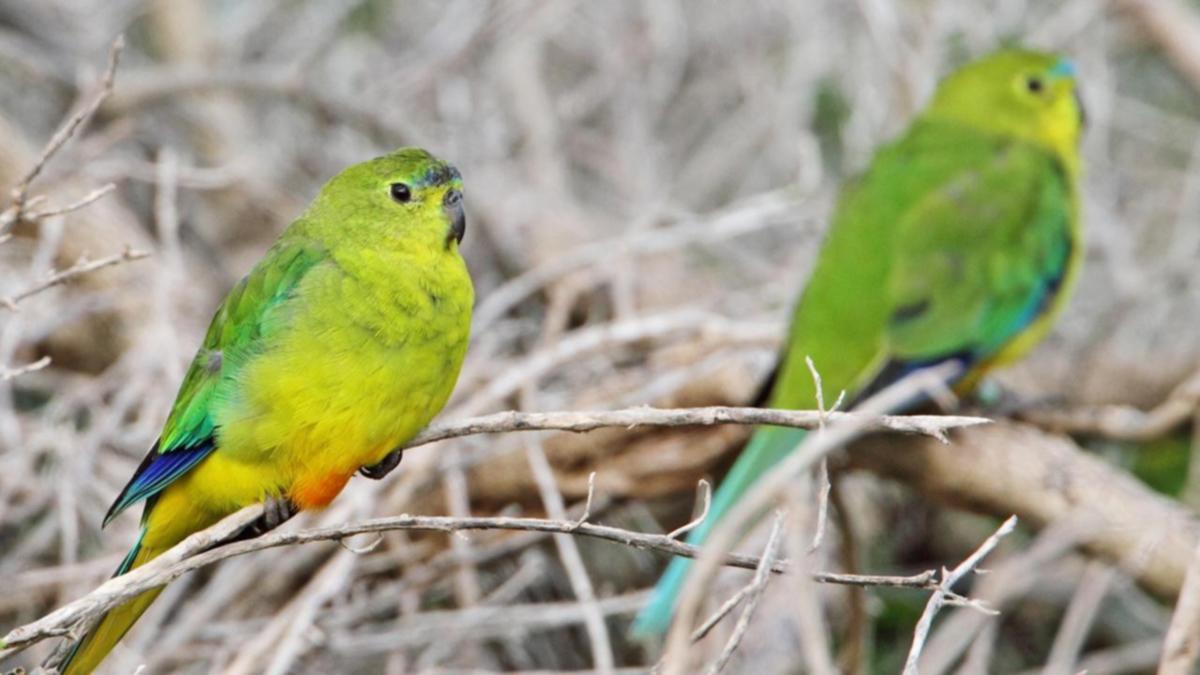 A critically endangered migratory parrot has returned to Tasmania in record numbers for the breeding season.

The orange-bellied parrot, about the size of a budgerigar, spends winter on mainland Australia’s southern coast and makes the perilous journey to southwest Tasmania for summer.

Island state researchers have spotted 74 parrots in the wilderness at Melaleuca in December, breaking last season’s record of 70.

“The … program has now seen several good years of migration home to Melaleuca for the breeding season which is an encouraging sign of recovery for the … population,” Tasmania’s Environment Minister Roger Jaensch said on Monday.

The parrot’s wild population dropped to as low as 17 but has been boosted by captive breeding and release efforts over many years.

Of the 74 returned parrots, 31 were female and 43 were male. Wild-born birds accounted for 44 of the cohort, with 23 of those in their first year of life.

The number of returned captive-bred birds has increased to 30, eight higher than last year.

Mr Jaensch thanked the people involved in breeding programs in Tasmania and Victoria, as well as volunteers.

In spring, 26 captive-bred birds from a $2.5 million facility outside Hobart and two Victorian sanctuaries were released into the wild.

Monitoring of parrot nests will commence in January.

The species, one of just three migratory parrots, was once found along the Australian mainland coastline from Sydney to Adelaide.

In the late 1800s it was recorded in various spots around Sydney, including Bankstown.

The parrot feeds on the ground or on low-growing shrubs and eats seeds, fruits, flowers and berries.