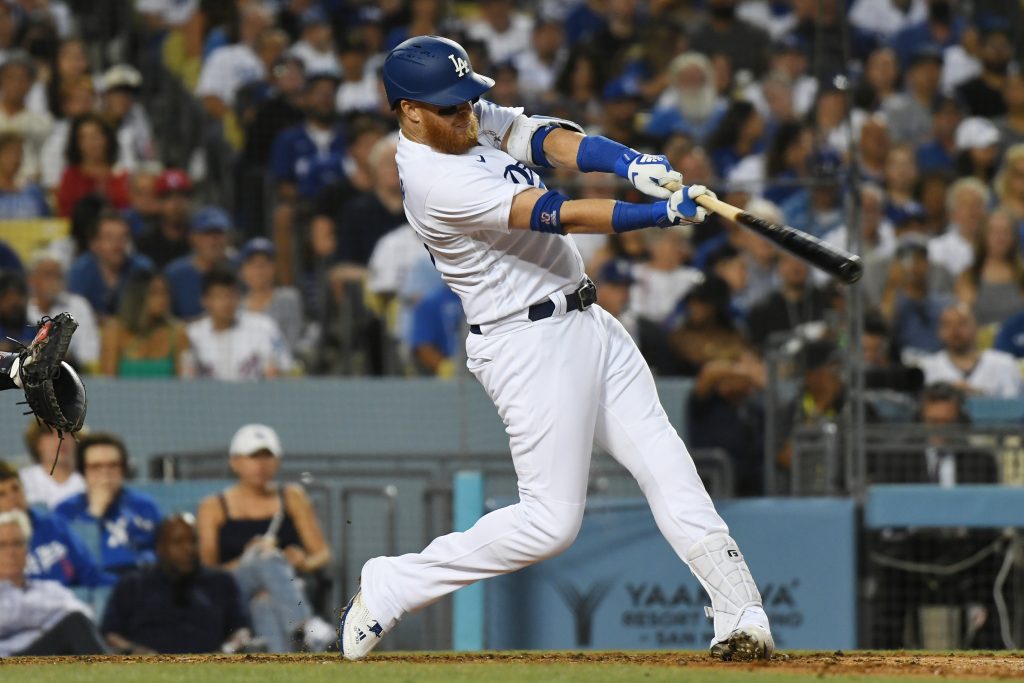 4:54PM: The Red Sox have agreed to a deal with infielder Justin Turner, according to ESPN’s Joon Lee and Jeff Passan (Twitter links).  The two-year contract will pay Turner slightly less than $22MM, and Turner can opt out of the deal following the 2023 season.  Jon Heyman of the New York Post (Twitter links) reported earlier today that Turner and the Sox were “looking close” to working out a contract, and that Boston was “heavily” pursuing Turner.  Michael Marino of Fantrax reported yesterday that Turner and the Sox were in talks.  Turner is represented by Vayner Sports.

The Marlins, Diamondbacks, Twins, and Dodgers are the other teams publicly known to have some interest in Turner, and Miami made Turner an offer earlier this week.  Barry Jackson and Craig Mish of the Miami Herald described the Marlins’ offer as “competitive,” and though the exact details of the offer weren’t known, Heyman wrote that the Marlins seemed open to giving Turner the multi-year deal he is seeking in free agency.

Turner (who is entering his age-38 season) did find that multi-year pact, though at a significant drop in average annual value from the $17MM he received in his previous two-year deal with the Dodgers.  MLBTR projected Turner for only one guaranteed year, but for $14MM.  The year-to-year breakdown of the new contract isn’t yet known, and the opt-out could indicate that Turner’s camp might essentially view this deal as a one-year pact, with an eye towards getting a larger multi-year contract next after on the heels of a big platform year at Fenway Park.

That said, it isn’t as though Turner underachieved in 2022, as he posted a strong 123 wRC+ after batting .278/.350/.438 with 13 homers over 532 plate appearances with the Dodgers.  However, given how Turner’s usual offseason routine was thrown off-kilter was the lockout and the shortened Spring Training, he might well imagine that he could’ve hit much better had it not been for a very slow start.  Turner had only a .611 OPS over his first 243 PA of the year, but then caught fire with a .940 OPS over his last 289 PA.

Despite this production and Turner’s long track record of success over nine seasons in Los Angeles, the Dodgers opted to decline their $16MM club option on Turner for 2023, instead buying him out for $2MM.  The move was seemingly made to give the Dodgers some extra flexibility in regards to their payroll and luxury tax situation, as the Dodgers could conceivably use any of Max Muncy, Chris Taylor, or prospect Miguel Vargas at third base.  While president of baseball operations Andrew Friedman repeatedly stated that the door was still open for a possible reunion with Turner, the Dodgers’ signing of J.D. Martinez yesterday seemed to hint that L.A. had moved on.

As it turned out, the Dodgers and Red Sox will unofficially swap veteran hitters, with Martinez heading to Los Angeles and Turner coming to Boston.  Turner brings more defensive utility than Martinez, as Turner still saw quite a bit of action at third base last season, basically splitting his time between third and DH.  Rafael Devers of course has priority at the hot corner in Boston, but the Red Sox could now use Turner at third base when Devers (a subpar defender) is given a DH day of his own.  Turner hasn’t played at first base since 2016, but he could also conceivably get some time at the cold corner as a right-handed hitting complement to rookie Triston Casas.

Xander Bogaerts’ departure to the Padres has led to a lot of hard feelings from Red Sox Nation directed towards ownership and chief baseball officer Chaim Bloom.  Though Bogaerts is certainly a major loss, Bloom’s plan is to fill the void with multiple players, as Bloom has stated that he wanted to add roughly 7-9 new faces to the roster.  That long list of needs has now been partially filled by Turner, Masataka Yoshida, and relievers Kenley Jansen, Chris Martin, and Joely Rodriguez.

It would seem like starting pitching, catching, and the outfield remain on Bloom’s checklist, given the other players the Red Sox have at least checked in on this winter.  But with Turner, the club reinforcements the corner infield/DH mix that Boston first looked to address by making a push for Jose Abreu, before Abreu signed with the Astros.  The Red Sox made some room at first base by designing Eric Hosmer for assignment earlier this week, and though Hosmer was essentially a free player since the Padres were covering almost all of his remaining salary, the Sox were looking for either a more productive bat, or at least to more firmly clear a path for top prospect Casas.