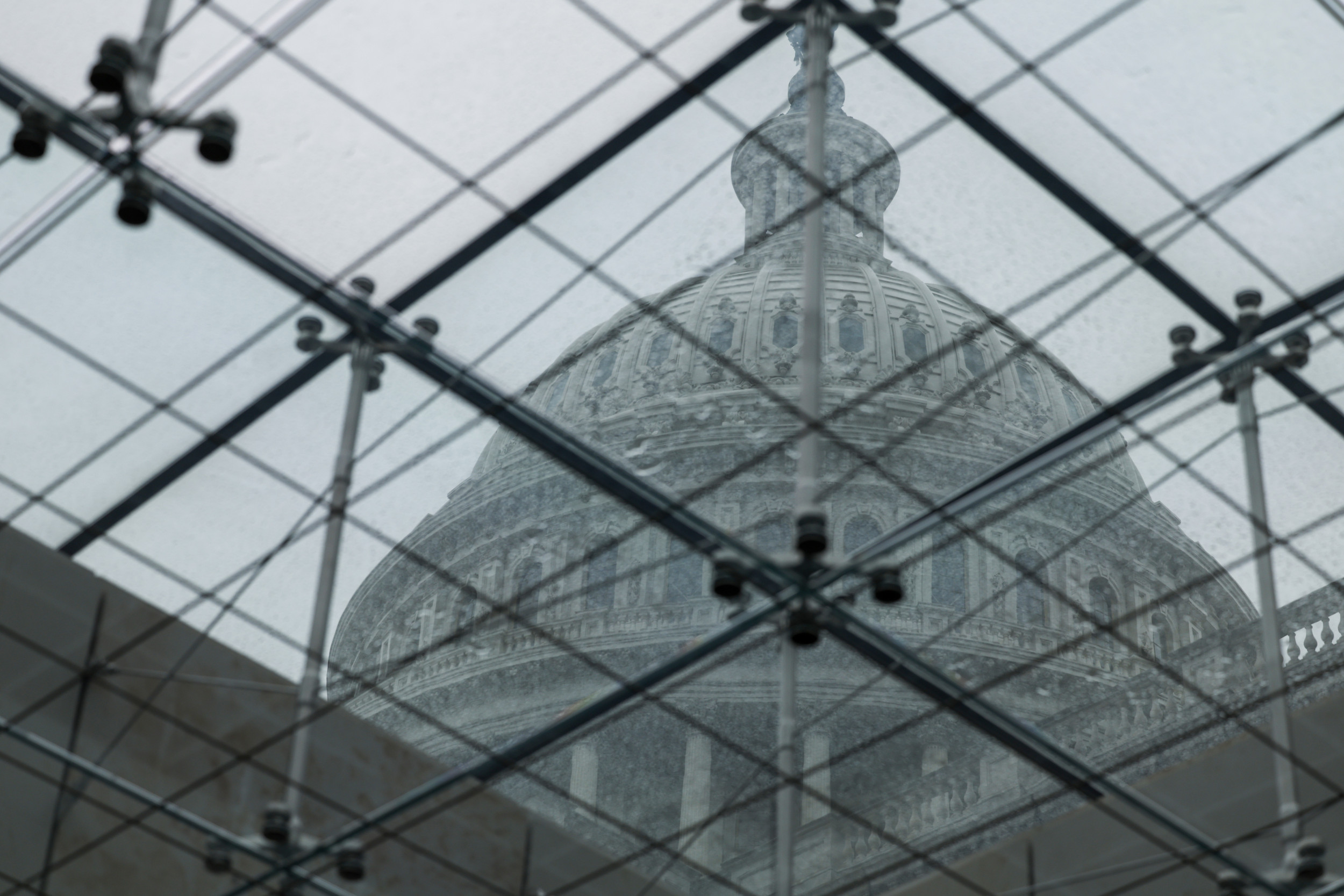 It’s only been a little over two weeks since the GOP took official control of the House of Representatives by electing Rep. Kevin McCarthy (R-CA) speaker on the 15th ballot. Yet somehow the United States has already plunged itself into a crisis over the so-called “debt ceiling”—the statutory limit on how much the U.S. government can borrow to pay its obligations, which was technically breached Thursday.

While officials are already moving money around to delay the inevitable, they will run out of countermeasures by June, endangering the global economy by defaulting on American debt. What fun! And while it is primarily Republicans responsible for inflicting another boring Beltway brouhaha on the country, in a very real sense President Biden did this to himself.

When Democrats held their narrow Congressional majorities between 2021 and 2023, it became all too easy to blame all the party’s failings on senators Joe Manchin (D-W.V.) and Kyrsten Sinema (D-AZ). The two of them almost single-handedly preserved the Senate’s 60-vote threshold for most legislation, thereby torpedoing voting rights reform, Washington, D.C. statehood, a higher minimum wage, universal daycare, paid family and medical leave and so much more. Whether there were other opponents of filibuster reform hiding behind them has never been clear, but they were the public face of partywide disappointment and a huge reason why Democratic turnout cratered in November’s midterm elections.

But the failure to lift or abolish the debt ceiling wasn’t Manchin and Sinema’s fault alone. The failure to even attempt an end-run goes straight to the top. Facing the prospect of a GOP House takeover in October, Biden addressed pressure from some congressional Democrats to take this particular piece of fiscal leverage away from Kevin McCarthy (R-CA.) and his allies. “You mean, just say we don’t have a debt limit?” Biden said. “No. That would be irresponsible.”

It’s not just that this is a destructive and hypocritical stance for a Democratic president to take. After all, neither Democrats nor Republicans have cared at all about the debt ceiling when they held the White House this century, and Democrats have had no qualms about lifting it under a Republican president. Biden’s broadside also stopped cold Democratic efforts to lift or eliminate the debt ceiling while they still held a trifecta in Washington. Neither Senate Majority Leader Chuck Schumer (D-NY) nor then-Speaker Nancy Pelosi (D-CA) backed such a measure publicly or lifted a finger to make it a reality. Why bother whipping votes for something when the party chief will veto it anyway?

Think of it this way—Democrats are never going to hold a Republican president hostage over the debt ceiling. So what Biden is saying is that abolishing the debt ceiling is reckless because it would empower…him. Fearing his own spending power is not very Dark Brandon of him at all, and sounds more like he’s been possessed some kind of a Simpson-Bowles austerity demon.

The bigger problem is that it allows Republicans to spend the next six months making tendentious arguments about how you wouldn’t run a company or a household like this, appealing to Americans’ well documented enthusiasm for balanced budgets (an enthusiasm, mind you, that is rarely observed in their own actual households). And it’s working. Pressure is building for the president to negotiate with House Republicans, just as former President Barack Obama was eventually forced to agree to “the sequester,” a series of painful and automatic spending cuts that would go into effect in the absence of agreed-upon deficit reduction.

Yes, GOP proposals to slash Social Security and Medicare are about as popular as a Cowboys jersey in Philadelphia. But a debt crisis lets them set the narrative and the agenda. Instead of talking about what they would like to do while still holding the presidency and the Senate, Democrats must spend all of their time fighting a rearguard battle against hostage-takers all too willing to exploit economic crises to get what they have wanted since the 1930s—the evisceration of critical New Deal social safety programs and their replacement by, at best, privatized investment and health care. All the public hears is debt, debt, debt, making it harder to make the necessary investments in social infrastructure the next time there’s an opportunity.

The mind-boggling thing is that this is what Biden and his allies seem to prefer over removing this absurdity from our politics altogether. It’s not like they didn’t know this was coming. McCarthy has been promising to use his House majority to gut popular spending programs since the fall. Pelosi, who favored lifting the debt ceiling last year, saw it coming. So did Schumer. But the de facto party leader was AWOL.

Spending cuts aren’t even the worst-case scenario here. If the U.S. runs out of clever ways to avoid default this summer, you’re looking at an almost unimaginable economic catastrophe. Ten percent of U.S. economic activity could come to an immediate halt, 3 million jobs could be lost, the stock market could tank, and borrowing costs for businesses and individuals could skyrocket.

Biden is betting that Republicans will blink at this bleak prospect. But McCarthy gave effective veto power to the Freedom Caucus zealots in his Faustian bargain to become speaker, and it’s not clear that he even has eyelids of his own to close.

David Faris is an Associate Professor of Political Science at Roosevelt University and the author of It’s Time to Fight Dirty: How Democrats Can Build a Lasting Majority in American Politics. His writing has appeared in The Week, The Washington Post, The New Republic, Washington Monthly and more. You can find him on Twitter @davidmfaris.

The views expressed in this article are the writer’s own.