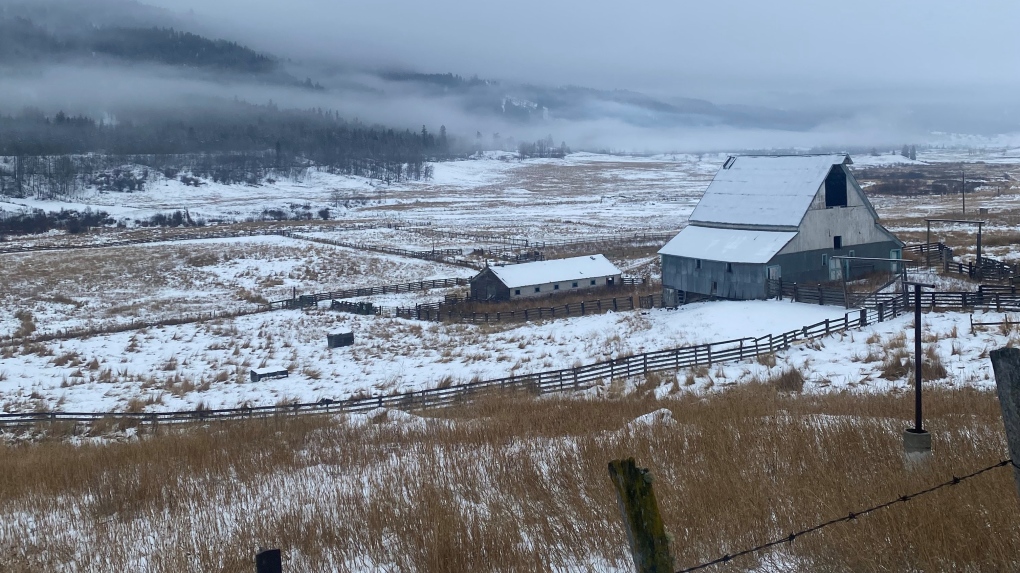 A First Nation in British Columbia has announced the discovery of at least 66 new potential graves at the site of a former residential school.

Williams Lake First Nation on Wednesday released the findings of a year-long investigation and geophysical survey of the grounds of the former St. Joseph’s Mission Residential School, located about 15 kilometres south of Williams Lake, B.C.

“It’s disheartening, but at the same time we are finding truth and putting together the history and legacy of what that school was and the amount of damage it did,” Chief Willie Sellars told CTV National News.

The preliminary findings mark the second time anomalies have been found on the grounds of the former residential school. Last January, ground-penetrating radar, along with terrestrial LiDAR (Light Detecting and Ranging) helped investigators identify 93 possible burial sites on a small segment of land. The same techniques were used in this latest investigation.

“Since then, we have been continuing to work with our technical team and contractors to search for more land abnormalities,” said Sellars, who has been Williams Lake First Nation Chief since 2018. “We have also been obtaining and analyzing historic documents, while gathering the stories of our survivors.” 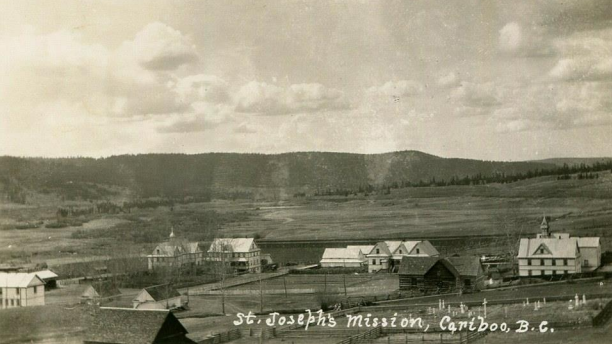 St. Joseph’s Mission Residential School, which was in operation from 1886 to 1981, was first run by Catholic missionaries and then the federal government.

Since its closure, most of the school’s buildings have been torn down and the land is now privately owned.

Sellars describes St. Joseph’s as a dark place that is a “trigger” for many people in his community.

“The amount of abuse that went on is well-documented, and when you look at the amount of trauma that was inflicted, whether it is direct or intergenerational trauma, we continue to aim to break that cycle,” he said. 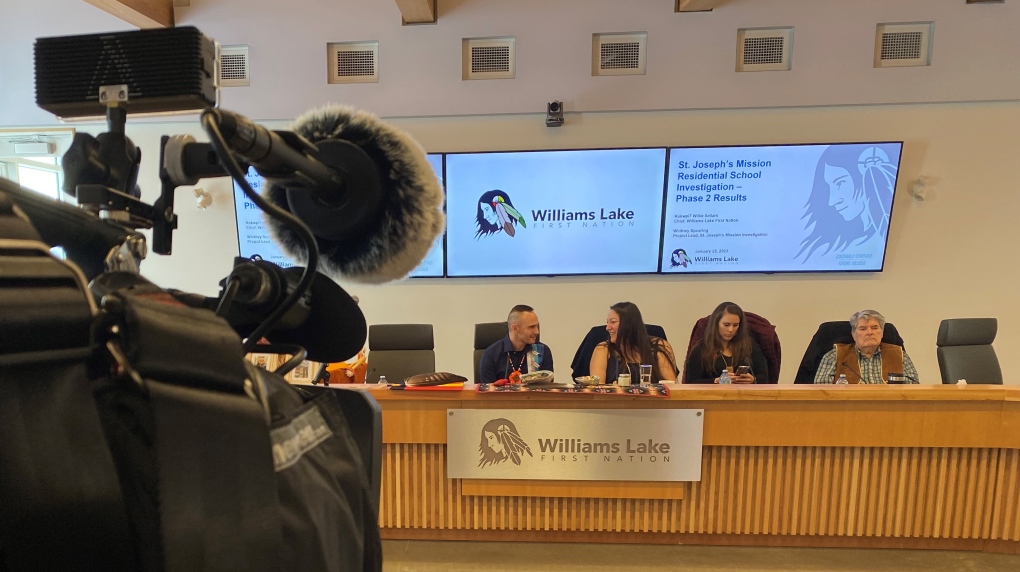 The findings of what is being called “Phase 2” of the investigation were first shared with chiefs from neighboring communities who had children forced to attend the school. Once that closed-door meeting was complete, the results were publicly revealed during a press conference Wednesday afternoon.

She also said that in support of the field research, archival documents directly linked to the facility were recovered and reviewed.

Extensive interviews with survivors were also conducted and investigators say they heard stories of disappearances, systemic torture and rape.

“Critical pieces of missing information have been relocated as part of the survivor interview process, including historical accounts of the students, staff and operations of the mission,” Spearing said. 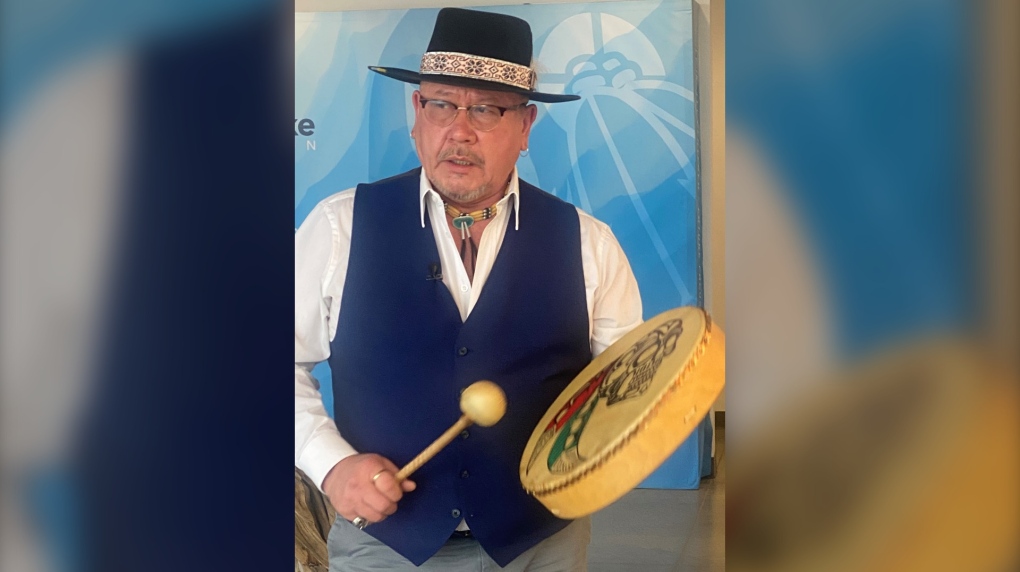 Grant Alphonse, who is a member of the neighbouring Tsilhqot’in Nation, was forced to attend St. Joseph’s in 1976 at age 13.

“I have been through a lot. I have been strapped many times and I have been hit more times than I can remember,” Alphonse said during a sit-down interview with CTV National News.

While he only spent a couple of years at the facility, Alphonse says his time there changed him forever. Prior to entering the residential system, he lived with his parents, who followed traditional Tsilhqot’in ways and sustained themselves by hunting, fishing and gathering.

“The day I entered the system and I watched my father walk away, a sudden panic came about me. It was very painful.”

He says his father did not want to enroll him, but his mother, who also attended the school, was fearful the family would be arrested by RCMP if they didn’t follow the rules.

“So I went to school where I was forced to speak English and not my Tsilhqot’in language,” Alphonse said. I also couldn’t drum or sing my nation’s songs or practice any traditions from my culture.”

Once at the facility, Alphonse recalls being fed rotten food such as sandwiches covered in mold. He also says random men, including a hitchhiker, would be allowed to stay at the school with some eventually even working on site.

“I remember the hitchhiker stayed there for quite a few weeks and he would tackle and tickle the boys I knew. He would also molest them and touch them everywhere. I realized that so I made sure to stay away from this character.”

Along with the alleged abuse, Alphonse says the focus of the school was to destroy Indigenous children’s identity.

“The longer you stayed away from your parents and the longer you did not go back to your lands, the more foreign you became and that is the way they wanted it, ” Alphonse said.

Despite the horrors, he says he worked hard to hold onto his traditional ways. He is now well-known in his community and a strong advocate for the Tsilhqot’in language and culture.

“We really need to decolonize and find out who we are and where we come from,” he said. “We need to be proud of our identity and proud of being First Nations processing our sovereign ways.”

Alphonse believes discoveries, like the ones made by the Williams Lake First Nation, are an important step toward healing.

“The more we discover, the more we learn and the more we can break down racism because it is ignorance that drive discrimination.”

Approximately 150,000 First Nations, Metis and Inuit children were ripped away from their families and forced to attend residential and day schools from the late 1800s. Canada’s last residential school closed in 1996.

“We are continuing to have these hard discussions as a reality check for this country and to think about how we can continue this healing journey with support and not with judgment or disbelief,” Sellars said.

As for the former St. Joseph’s site, the next step in the investigation will involve further analysis of the data collected in order to cross-reference it with the stories of elders and survivors.

As for whether or not found anomalies will be excavated to confirm the presence of human remains, Sellars says that decision has yet to be made.

“We are never going to know 100 per cent if they are actually unmarked graves until excavation happens. Are we going to get there? I think we will eventually but that will require a broader discussion with all communities impacted by St. Joseph’s.”