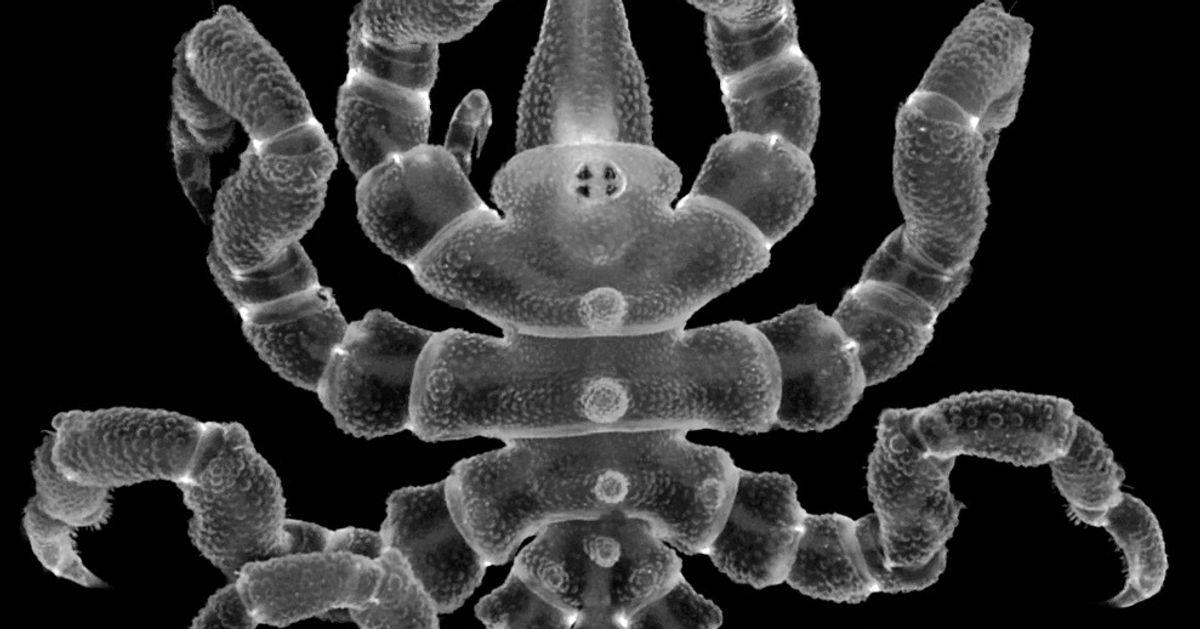 Tiny sea spiders can regrow their own body parts, according to new research – and we’re not just talking about limbs.

In a new study published in the Proceedings of the National Academy of Sciences, scientists amputated different hind limbs and posterior parts of 23 different sea spiders, including both young and old versions of the species.

The immature spiders managed a complete or near-complete regeneration of the missing body parts.

This included the hindgut, anus, muscles, and parts of their reproductive organs.

Although the fully grown spiders did not regrow anything, some were still able to survive two years later.

In fact, 90% of the spiders survived long-term and 16 of the young ones went on to molt (shed their exoskeleton).

Regrowth of the posterior was seen in 14 of the young spiders too, although none of the adults did the same.

But, sea spiders are not the first creatures spotted regenerating, but this is the first time whole organs have reappeared.

Sadly, vertebrates (animals with a spine) appear to have close to no regeneration abilities, outside of lizards which can regrow tails. So, that includes humans (for now).

According to Gerhard Scholtz of Humboldt University in Berlin, senior author of the study, this discovery with sea spiders might open up a new path for research in the field, and allow scientists to uncover how the regrowth happens.

He said: “There’s a wealth of different species that can be tested in this way.

“We can try to find out on the cellular level and the molecular level what indicates the regeneration.

“Perhaps there are stem cells involved which are undifferentiated cells that can assume new shape and fate?

“In the end, maybe the mechanisms we detect in arthropods may help medical treatment of limb loss or finger loss and so on in humans.

“This is always the hope.”