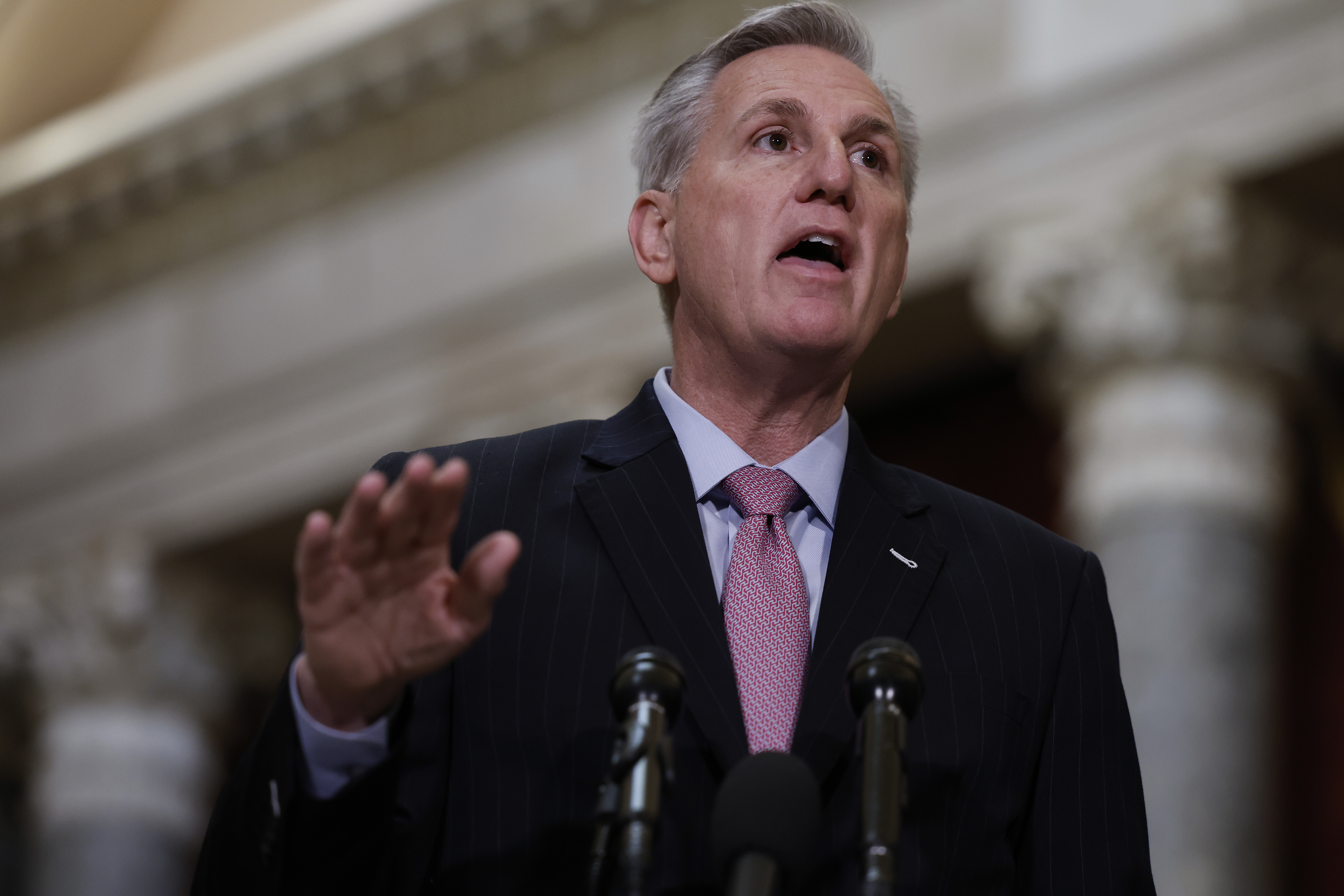 “What matters is really what the House can create,” said Sen. Thom Tillis (R-N.C.), a frequent cross-aisle negotiator. “They’re in a position, they have the gavels. We have to see what sort of strategy they think works to a successful outcome.”

After two years of bipartisan progress on issues Washington once only dreamed of tackling, from gun safety to infrastructure, the current dynamic means the Senate Republican minority is effectively handing the keys to McCarthy to cut a deal with Biden. Senate Democrats had hoped to clear a clean debt ceiling bill early this year to demonstrate to the House they could get a filibuster-proof majority well ahead of the impending spring deadline, but their Republican colleagues say that’s not happening right now.

That’s in part because Senate Minority Leader Mitch McConnell and his lieutenants spent much of their political capital in December, aggressively moving to pass a government funding bill that had McCarthy complaining loudly and often. Many GOP senators feared that kicking the spending measure to this year could risk a shutdown.

And now some Republicans doubt McConnell could muster the nine votes needed to break a filibuster on a debt limit increase, even if he wanted to. On Monday, all McConnell would say was: “We won’t default.”

“I don’t think he could get it, personally, right now. I think he squeezed all that he could to get the omnibus done, as well as it went,” said Sen. Kevin Cramer (R-N.D.), referring to the spending bills passed late last year.

Cramer added: “I don’t want to say hard feelings, but people feel the cost of that. And I don’t think they’re going to be ready to take another bullet, if you will.”

With the government funded until the end of September, many Republicans believe it’s McCarthy’s turn to make the tough calls during the new era of split government. Take Sen. Susan Collins (R-Maine), who’s about as amenable to lifting the debt ceiling as any Republican you’ll find in the Capitol.

At the moment, she said, her “preference would be for the president to sit down with Speaker McCarthy, listen to one another and work out an agreement.” She said she did not know whether a so-called clean debt ceiling increase could even pass the Senate.

McCarthy’s challenge isn’t just to pass a bill lifting the debt ceiling, it’s to assuage his conservatives who are eager for draconian fiscal cuts in return — while eventually reaching an agreement with some House Democratic support to show momentum in the Senate. Those competing agendas could be difficult, if not impossible, to reconcile by the time the Treasury Department is finished using what are known as extraordinary measures to maximize the country’s remaining borrowing authority.

“If it’s purely a party-line vote there [in the House], it probably won’t get 60 votes here,” Tillis said, outlining the at-odds nature of the House and Senate imperatives. “And so that’s why we’ve got to look and see what they can put down that would actually garner at least some number of Democrat votes.”

Of course, it’s still early in what could be a long and bruising fight. Back in 2021, as the only bulwark against unified Democratic control in the last Congress, Senate Republicans took a hard line on the debt ceiling only to bend when the deadline neared. A handful of them voted for a two-month debt ceiling patch in the fall, then again to neutralize a filibuster for a larger debt ceiling increase.

It was a difficult moment within the GOP; McConnell relied on his leadership team, moderates and retiring GOP senators to push those through.

Some senators who supported that approach are now gone, however. And others aren’t in a mood to fold.

“We need to have a serious discussion about our long-term debt,” said Sen. John Cornyn (R-Texas), who supported both the debt ceiling solutions two years ago. “It’s early. I know the drumbeats have already started. But, you know, it’ll be at least June before we do it. The irresponsible position is to say ‘we’re not going to negotiate.’”

Yet that’s Democrats’ opening salvo, with several of the party’s senators reiterating their long-running stance that the debt ceiling is not negotiable. They believe negotiating on broader fiscal concessions in 2011 was a tactical mistake that led to a U.S. credit downgrade and emboldened a hardline GOP approach during the Obama administration.

Furthermore, those dug-in Senate Democrats see a GOP that only cares about the debt ceiling when a Democratic president is in office, citing the ballooning debt and deficit under former President Donald Trump.

“While President Trump was in office and Republicans had the House and Senate, Democrats voted to raise the debt ceiling,” Senate Majority Leader Chuck Schumer said on the floor on Monday. “Both parties should work together to ensure we can continue to pay our debt on time, and we Democrats are ready to move quickly in order to make that happen.”

Ultimately, the Senate GOP may be in a position to break the impasse and help find a solution that can satisfy all parties: Senate Democrats, House Republicans and the president. By virtue of the design of the Senate and its legislative filibuster, its Republicans are more used to bipartisan cooperation than some of their House counterparts.

But it may be months before any bailout like that occurs. For now, it’s the McCarthy and Biden show.

“In the end it’s going to have to be something that House Republicans and the president agree on. Let’s see what they can figure out,” said Senate Minority Whip John Thune (R-S.D.). “That’s the best strategy, for us.”

Caitlin Emma contributed to this report.