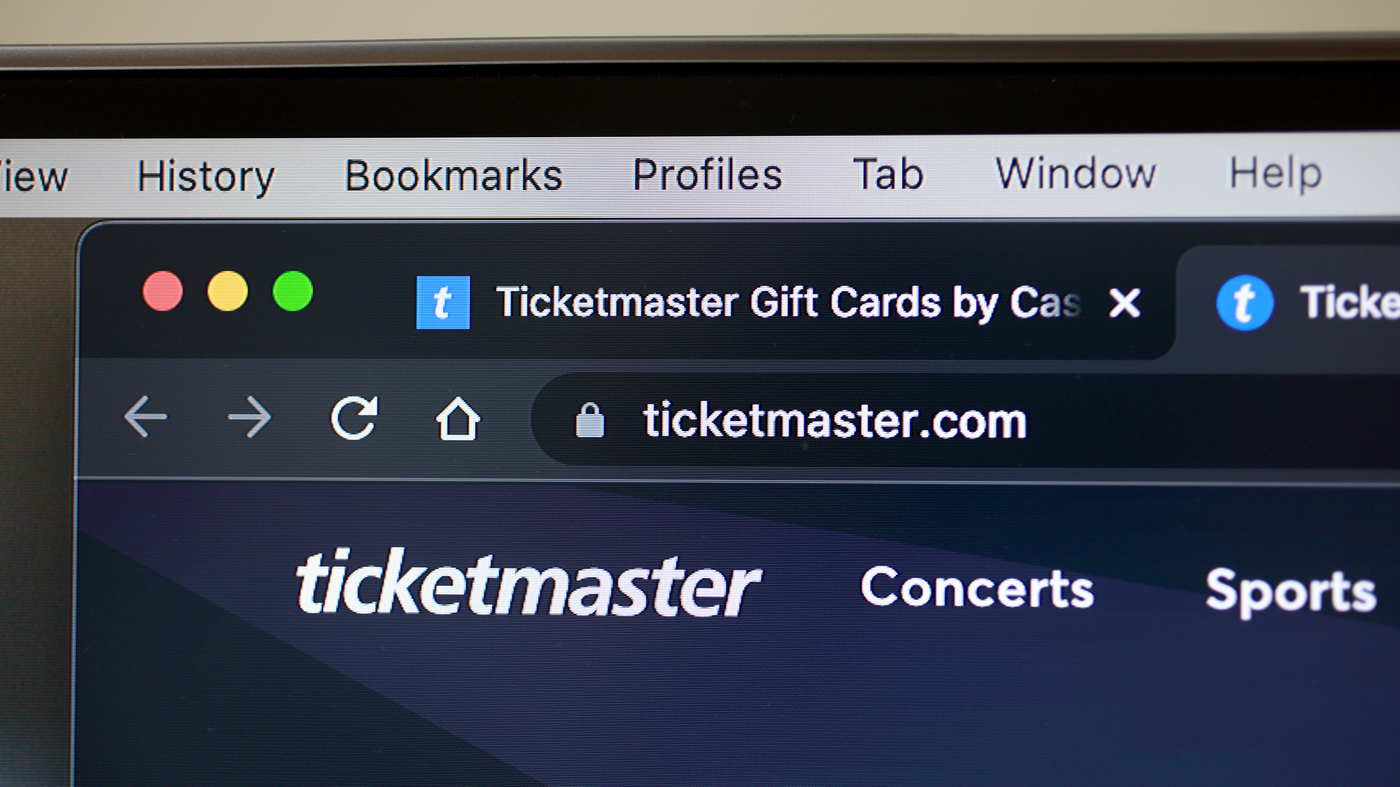 A ticketmaster website is shown on a computer screen in November, the month that Taylor Swift concern tickets went on presale.

A ticketmaster website is shown on a computer screen in November, the month that Taylor Swift concern tickets went on presale.

The Senate Judiciary Committee holds its much-anticipated hearing into Live Nation and the lack of competition in the ticketing industry on Tuesday.

And while lawmakers grill entertainment executives and antitrust experts, some of Ticketmaster’s most vocal critics will be protesting just steps away on the grounds of the U.S. Capitol: Taylor Swift fans.

Critics have long accused Ticketmaster of being a monopoly, especially after its controversial merger with Live Nation (now its parent company) in 2010. But outrage reached a new pitch after its botched presale process for Swift’s The Eras Tour in November, when long wait times, exorbitant fees and website outages left thousands of fans frustrated and empty-handed.

After years of complaints about high fees, murky resale practices and other issues, the incident seemed to galvanize fans and lawmakers alike. Attorneys general of several states launched consumer protection investigations, many Democratic lawmakers called for Ticketmaster to be broken up and dozens of Swift fans sued the company for fraud and antitrust violations.

The company did not respond to NPR’s request for comment for this story. In a public apology to Swift and her fans at the time, Ticketmaster blamed overwhelming demand for crashing its site.

“The biggest venues and artists turn to us because we have the leading ticketing technology in the world – that doesn’t mean it’s perfect, and clearly for Taylor Swift The Eras Tour onsale it wasn’t,” it said at the time. “But we’re always working to improve the ticket buying experience. Especially for high demand onsales, which continue to test new limits.”

Live Nation issued a statement in November denying monopoly allegations and saying it “does not engage in behaviors that could justify antitrust litigation, let alone orders that would require it to alter fundamental business practices.” It also argued that the industry hasn’t fundamentally changed in the dozen years since regulators approved the companies’ merger.

Jennifer Kinder, the Dallas-based attorney representing Swift fans in their lawsuit, told NPR on Monday that both legal action and legislative changes will be important in holding Ticketmaster accountable.

Kinder helped organize Tuesday’s protest — and flew in from Texas to participate — to send a message to leaders of both the company and the committee probing it.

“That’s what we’re hoping, is that Sen. [Amy] Klobuchar, Sen. [Dick] Durbin really begin to ask very tough questions of Ticketmaster and how consumers are treated and how artists are treated,” she said. “Now, we’ve only had four days’ notice to organize a protest, but we’re hoping that people come and collectively with their voice, Ticketmaster sees us, knows that we’re here and we’re not going away.”

Klobuchar (D-Minn), the chair of the Senate Judiciary Subcommittee on Competition Policy, Antitrust, and Consumer Rights, told Morning Edition early Tuesday that asking tough questions is exactly what she plans to do — especially when it comes to its fees and tech issues.

Acknowledging that bands have tried to take on Ticketmaster for decades, Klobuchar says the picture looks different in 2023.

“What’s different right now is that this isn’t a singular problem,” she explains. “We’ve seen consolidation in 75% of the industries in this country, and people are catching on. Taylor Swift fans sure caught on. I will get whatever allies I have to take on this case.'”

Klobuchar sees three main issues with Ticketmaster: It controls more than 70% of the market for ticketing and live events, it controls much of the promotion of those events, and it either owns or has yearslong exclusive contracts with many large venues.

“So that is a trio of problems that leads to two things,” she says. “One is what you see — it’s not just Taylor Swift, it’s Bad Bunny, BTS, Bruce Springsteen, Harry Styles, all of these artists have issues with ticketing, because there’s no incentive when you’re a monopoly. Secondly, fees, hidden fees. One recent government study found 27% of the ticket price was fees that you can’t even figure out what they are from this company.”

So what exactly can the Senate do? Klobuchar says the hearing will give the public a chance to see what’s going on, and also create under-oath evidence that could be useful in any future investigations (like a reported one from the Department of Justice that’s said to have been launched before the Swift ticket sales).

Plus, she adds, it will educate lawmakers, setting them up to pass legislation.

“There are Republicans interested in this right now, on fees, on the fact that they try to lock in these multi-year contracts,” she says. “All of those things are ripe for legislation.”

And she says the Justice Department has a variety of tools to dilute the power of major companies, from implementing and strengthening consent decrees to breaking companies up.

“Our markets and our economy are based on competition,” she says. “If you don’t have competition, you have things happen like what happened with the Taylor Swift concert, because there is nowhere else to turn.”

Protesters say this is an issue everyone can get behind

Demonstrators are hoping to send a message Tuesday, and the attorney Kinder says she’s seeing T-shirts and banners bearing all sorts of slogans: Ticketswindle, Ticketmonopoly, Stay Mad Swifties, a Ticketmaster logo with a line through it.

One sign tells Ticketmaster “your reputation has never been worse,” referring to a Swift song, Kinder said. Another quotes a different Swift lyric: “If it feels like a trap, you’re already in one,” above a large image.

Kinder had help in organizing the protests — including from activists associated with Free Britney, the movement that called for the end of Britney Spears’ conservatorship.

One of those advocates, Melanie Carlson, has been researching the issue for years and alleges that Live Nation profited directly from Spears’ conservatorship

“It’s shocking that she could perform for thousands of people and everyone in the industry knew about it, and yet no one said anything,” Carlson told NPR in a Monday phone interview. “And that is the level of power that should be broken up. And that’s our fight against Ticketmaster and Live Nation.”

Beyond that, Carlson said she’s seen various artists’ fandoms get mad at Ticketmaster over the years, from complaints about costs to scalpers to “the ability to even have a chance of getting tickets.”

Carlson has been trying to unite those groups in recent months, and isn’t surprised that it took an artist of Swift’s stature to finally do it — even as Carlson has seen disappointed Swifties widely mocked as “just privileged young women that need to get a life.”

“People tend to ridicule interests that are predominantly female … And what people need to step back and see is that: Don’t they have a favorite band? And aren’t some of those concerts the best moments of their lives?” Carlson says. “So if we come together, we can all enjoy music more freely and the artists will have more freedom too, because the monopoly controls artists through management, promotion, venues [and] ticketing.”

Carlson says this is the “least partisan issue” they have ever been a part of, noting Ticketmaster’s broad unpopularity. When the U.S. Capitol Police officer screening Carlson asked if they were expecting any counter-protesters on Tuesday, she laughed.

“I was like, ‘No, everybody hates Ticketmaster. It’s the most nonpartisan, neutral movement in the whole world, probably,’ Carlson adds. “So, yeah, I think it’s so feasible to break them up.”

Carlson doesn’t expect Tuesday’s hearing itself to change anything, because of how long the legislative process takes. But she hopes that the rally outside of it will build momentum for more people to come together and push for an equitable system.

“What I do know is that fans at their local level would be better served if their economy is benefiting from having more small businesses that are involved with the music industry,” Carlson adds. “That money stays in the economy instead of getting sucked up by mega-corporations into Beverly Hills, Calif. And they’ll have a better chance of going to more concerts because they’ll be more affordable.”

Because protest organizers weren’t expecting a large turnout on such short notice, they’re also encouraging people to show up on online by getting the hashtags #FansUnite and #BreakUpTicketmaster trending on Twitter.

And they also say they hope people will continue speaking out against Ticketmaster. It’s likely they’ll get another chance to do so when plaintiffs in the fraud lawsuit have their first court hearing in mid-March.