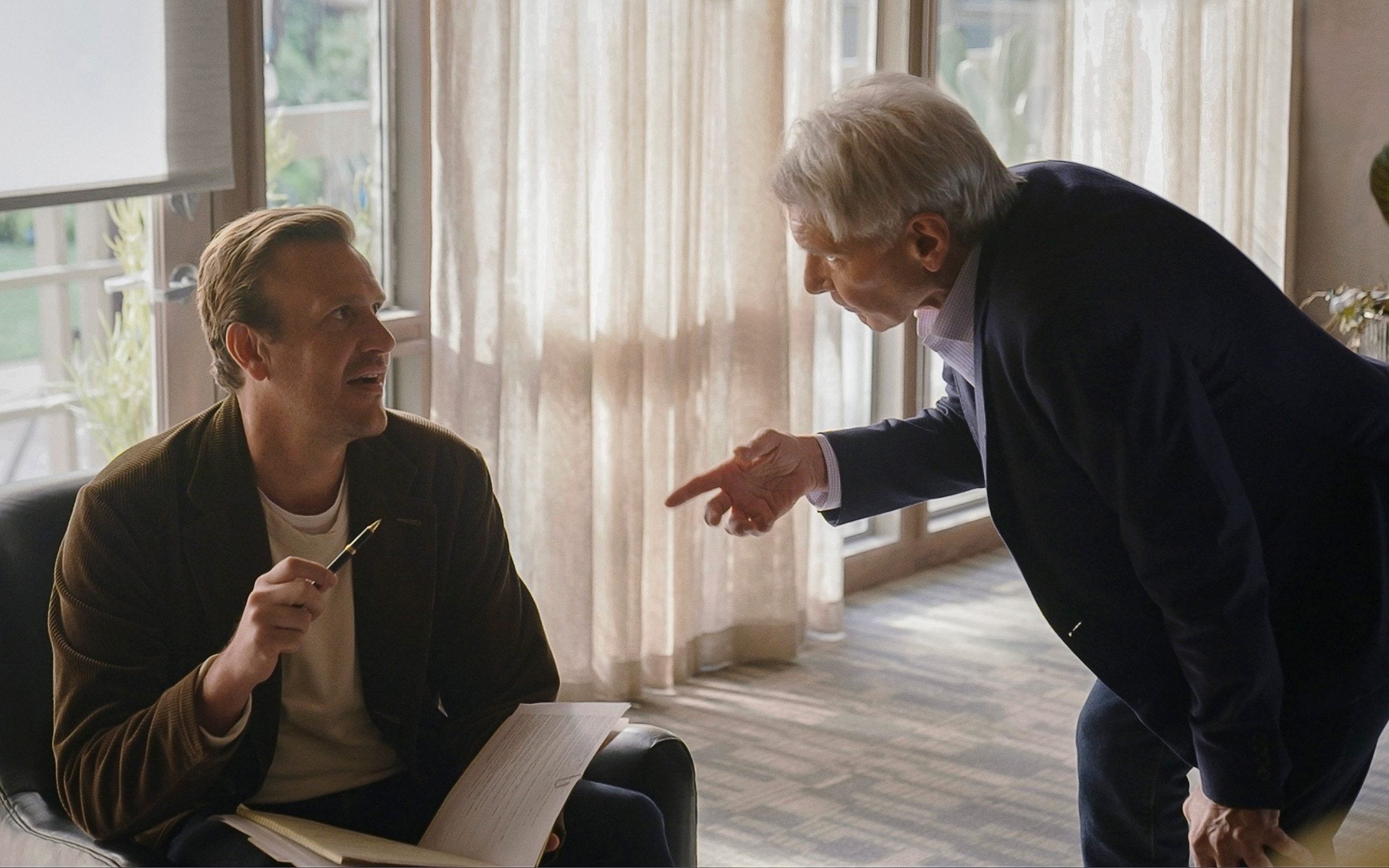 There is a lot to like about Shrinking, the new Apple TV+ comedy from the makers of Ted Lasso, but nothing to love. Ted Lasso, whose third season begins in the next few months, is a culture clash comedy about a Kansas gridiron coach airlifted into a British football team. Its corny, can-do messaging about people’s essential goodness and the power of self-belief is made palatable by a lot of jokes in which Londoners walk up to Ted and call him a w—-r. Which they would.

Shrinking, starring Jason Segel as a broken West Coast psychoanalyst and Harrison Ford as his curmudgeonly colleague, is if anything cheesier than Lasso, but in this case the schmaltz goes un-tempered by that salutary dose of cynicism. It all makes for a strange, Lasso-lite brew: there’s a whole lot of effing and jeffing, no subject is off limits, there are some funny jokes and some strong performances throughout, yet ultimately it lacks impact. If the perennial shrink’s question is “How does that make you feel?”, the answer with Shrinking is “not a lot”.

Shrinking begins with the premise that Segel’s Jimmy Laird has given up on life after the untimely death of his wife. He’s not paying much attention to his daughter, Alice (Lukita Maxwell), he’s drinking too much and at work he’s decided to just tell his clients the stark, obvious truth about their lives, rather than dressing it up in the kind of pleasing behavioural babble that they want to hear. He suddenly orders one long-time client, for example, to leave her partner immediately as he’s palpably a controlling wrong’un. And wouldn’t you know it, the psychological vigilante approach works, at least initially.

Fans of After Life will have spotted the similarity in the set-up, but where that series at least had the courage to stick with Ricky Gervais’s over-egged philosophising throughout (if only we could all just be honest with one another!), Shrinking never really decides what it’s about.

Ford is excellent as Jimmy’s older work partner Paul, a sarcastic old grump with Parkinson’s and copious issues of his own to unravel. Ford could easily have been the series’ main character: most of the best scenes contain Ford and Segel sparring merrily, but all too often they’re undercut by yet another sentimental set-piece as the MOR rock music swells behind a montage of people doing some healing and learning.

Ironically, if Ted Lasso himself had sat down to write a comedy it might well have turned out like this one. It just needs a voice in the writers’ room to shout “bollocks” from time to time when the cheese overwhelms.

On Apple TV+ from January 27