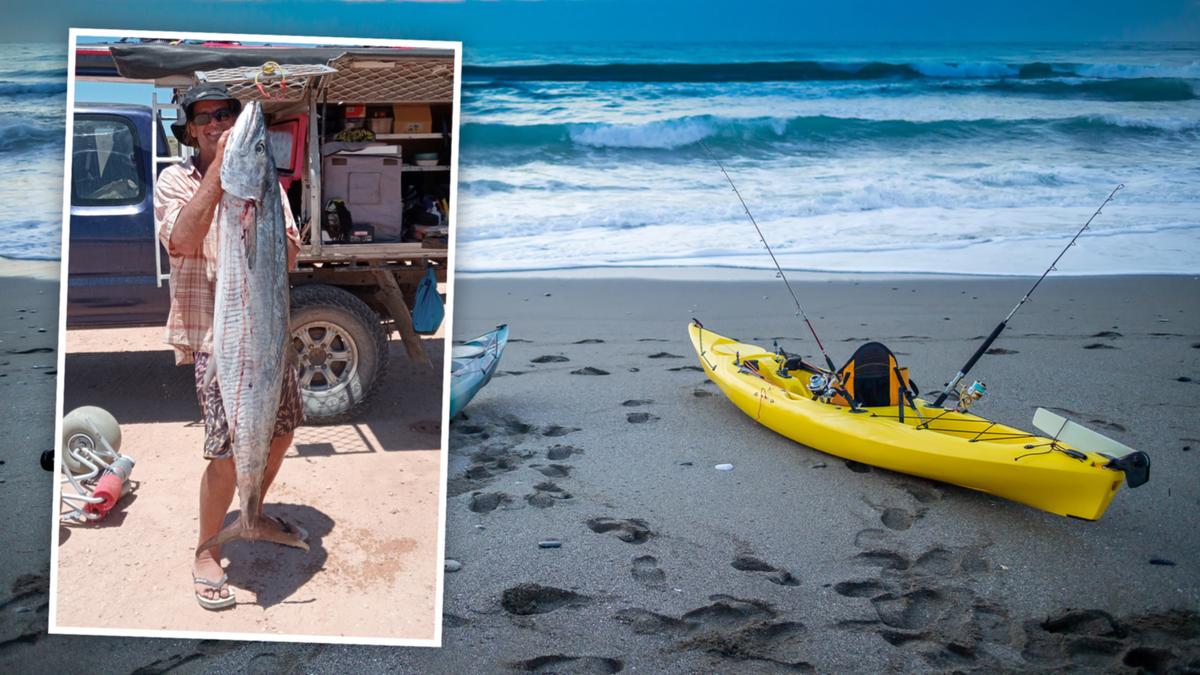 When he’s not guiding anglers on kayak fishing adventures in Exmouth, Dave McGregor loves to chase pelagics himself.

Dave has been building quite a reputation as a kayak fishing guide in Exmouth, putting clients onto fish including Spanish mackerel, tuna and even billfish off the west coast.

On a day when he didn’t have any clients recently, he made a 5am launch in the Cape Range National Park for a solo fish out of his Stealth kayak.

His target was mackerel and he decided to troll a dead garfish along a reef edge in 30m of water. Dave was using 18kg braid and 27kg leader, on a Penn reel and Insalt King Samson 1.8m rod.

He hooked up to what was clearly a big fish, that was towing his kayak at quite a pace. At one stage the fish turned towards Dave, but then turned again after seeing the kayak.

After a lengthy battle, Dave was delighted to be able to finally boat a big Spaniard, his second best off a kayak at around 27kg and 1.61m long.

If anyone is keen on fishing with Dave, who does four-hour trips with all gear supplied, check out his “Maccydaves Kayak Fishing Adventure” page on Facebook.

Dave has also won a Shimano lure wrap tackle box, which he can pick up from any of WA’s three Compleat Angler and Camping World stores, and is in the running to win the monthly prize of a Shimano combo.

To enter the Shimano Catch Competition, email details of your catch to fishing@sundaytimes.com.au . Include contact details and address, plus as much information as possible on the capture. Entries must include a digital photo of at least 400kb. Winners will be contacted by The Sunday Times.