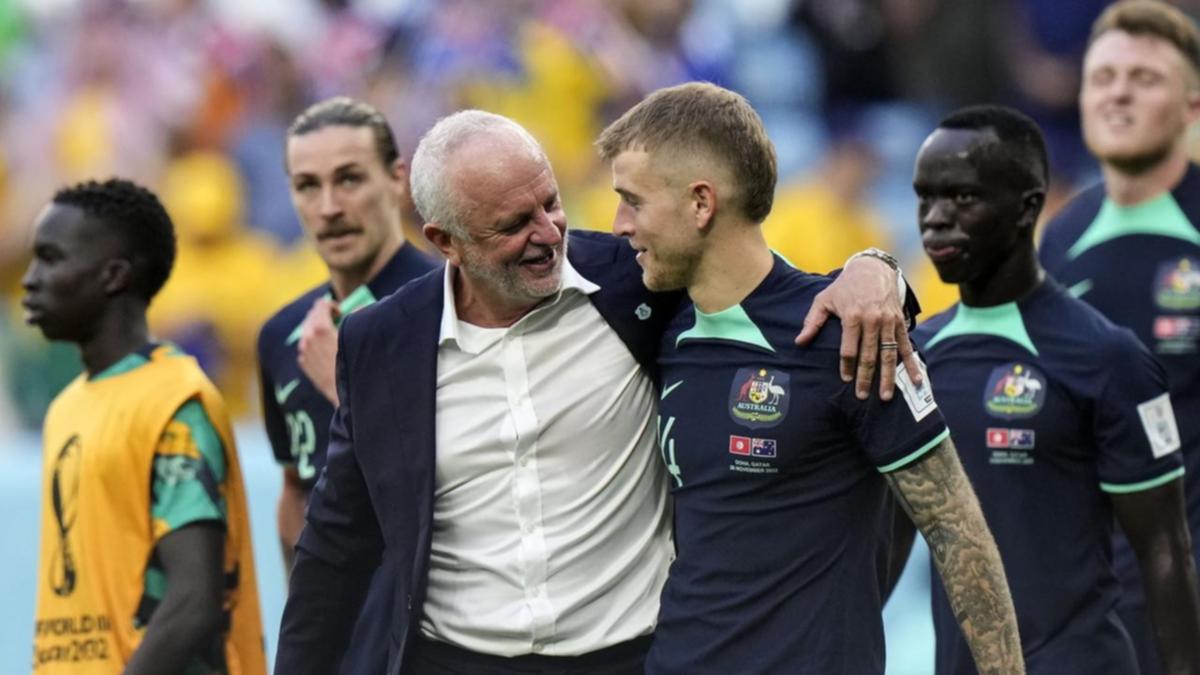 Australia’s best World Cup performance ended in heartbreak against eventual winners Argentina but has resulted in the Socceroos’ highest-ever finish, ranked 11th in the final standings.

Graham Arnold’s side arrived in Qatar ranked No.38 in the world and were handed a 4-1 thrashing by defending champions France in their opening match.

But they recovered to beat Tunisia and stun 10th-ranked Denmark, claiming successive 1-0 victories to fight their way out of Group D.

In the round of 16, the Socceroos went within a whisker of sending their clash with Lionel Messi’s Argentina to extra-time.

Teen sensation Garang Kuol was denied in his late attempt to level the match when goalkeeper Emiliano Martinez saved his shot at close range.

It was the first time the Socceroos have won two matches at a World Cup, while the two nations that beat Australia went on to face off in Monday’s (AEDT) final.

Despite the performance, in which his unfancied side silenced a raft of critics, coach Arnold wasn’t satisfied.

“Making the last 16 for me wasn’t enough,” he said after the 2-1 defeat to Argentina ended the Socceroos’ campaign.

Arnold, 59, is weighing up his future and is set to to be offered a new contract by Football Australia.

The humiliation for hosts Qatar was complete when they finished in last place, having lost all three of their group matches.

Australia’s previous best finish was in 1974 – the first time the country qualified for a World Cup – when they failed to win a game and were ranked 14th of 16 teams.

In 2006, the Socceroos scored their first win at a World Cup, beating rivals Japan 3-1, and reached the knockout stages for the first time.

Guus Hiddink’s side finished ranked 16th of 32 teams after a controversial late penalty helped eventual champions Italy overcome Australia in the round of 16.