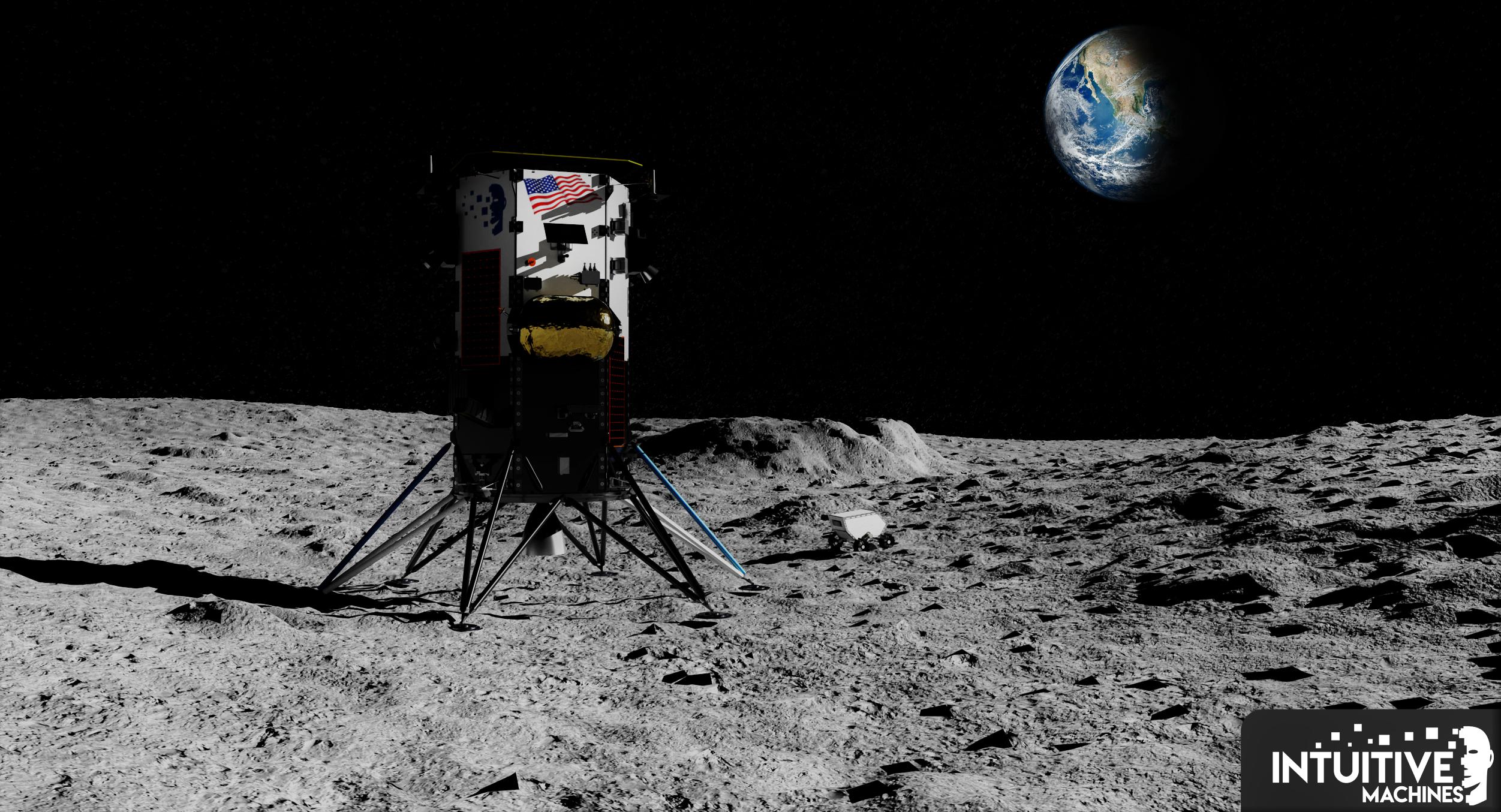 SpaceX customer Intuitive Machines says it will use spare capacity on one of its Moon lander launches to send startup AstroForge’s first asteroid prospector spacecraft into deep space.

Intuitive Machines’ second Nova-C Moon lander is scheduled to launch no earlier than (NET) Q4 2023 on a SpaceX Falcon 9 rocket. The IM-2 lander is the primary payload but is only expected to weigh about 1.9 tons (~4300 lb). To take advantage of the rocket performance left on the table by the relatively light payload, Intuitive Machines has opted to include a secondary payload adapter ring (ESPA) located below each lander. That gives companies like AstroForge an opportunity to hitch a ride to high Earth orbit, deep space, and the Moon for a likely unbeatable price.

We’re excited to launch these missions and many more to come. More information on this year’s launches: https://t.co/MSR61V8Lh7

Coincidentally, the main purpose of the second IM-2 rideshare payload to be announced is to search for resources in space. It isn’t concerned with asteroids, but NASA’s 200-kilogram (440 lb) Lunar Trailblazer spacecraft is designed to find, characterize, and map water ice resources on the Moon. That map could help future missions explore the possibility of turning lunar ice into commodities like breathable oxygen or rocket propellant.

The challenges facing such a concept are extreme, but a rocket propellant depot located on the lunar surface could significantly increase the performance of future Moon landers. Propellant depots in cislunar orbit could also help boost spacecraft further and faster to destinations elsewhere in the solar system.

The first IM-2 rideshare payload to be announced was OrbitFab’s Tanker-002 spacecraft. It’s unclear if OrbitFab is on track to fly Tanker-002 in late 2023, but the spacecraft is meant to be the first geostationary propellant depot ever launched. The Colorado startup has already won a $13.3 million contract from the US military to refuel satellites in geostationary orbit, 36,000 kilometers (~22,250 mi) above Earth’s surface. It’s possible that Tanker-002 is meant to support that refueling mission.

The spacecraft is designed to carry a few hundred pounds of hydrazine monopropellant, potentially enabling it to extend the useful lives of multiple multimillion-dollar satellites by several years. Alongside IM-2, Falcon 9 will launch Tanker-002 on a lunar flyby trajectory. But thanks to the cooperation of startup GeoJump, instead of entering orbit around the Moon, Tanker-002 will slingshot around the Moon to slow itself down. That lunar slingshot will allow the depot to efficiently enter geostationary orbit, where it can begin refueling spacecraft.

Brokkr-2 is the second of two AstroForge spacecraft scheduled to launch in 2023. The first, Brokkr-1, will head to low Earth orbit (LEO) as early as April 2023 on SpaceX’s seventh Falcon 9 rideshare launch. Once in orbit, it will attempt to demonstrate technology AstroForge has developed to refine platinum ore in microgravity conditions. Brokkr-2 will then visit an asteroid and search for platinum resources. If enough platinum is discovered, Bloomberg reports that AstroForge will send a third mission to demonstrate the ability to land on the asteroid. As early as 2025, AstroForge’s fourth mission would be the first to attempt to land, gather ore, turn that ore into platinum, and return the precious metal to Earth.

AstroForge has raised $13 million to date. Unlike failed asteroid mining startups Deep Space Industries and Planetary Resources, the new company intends to exploit increasingly capable off-the-shelf hardware and services to keep its costs as low as possible. In theory, that will allow it to focus most of its resources on developing the unproven technology required to gather and refine space-based resources.

Finally, the IM-2 Nova-C Moon lander’s primary payload is a pair of NASA instruments designed to drill into the lunar surface and analyze the regolith for volatiles. Also known as PRIME-1, the mission will be NASA’s first serious exploration of in-situ resource utilization (ISRU) on the Moon.

The mission is a sort of microcosm of the future of space utilization, which may focus heavily on ISRU and refueling to extend the capabilities of chemically-powered rockets and spacecraft. Lunar Trailblazer will map lunar water resources. Brokkr-2 will attempt to prospect an asteroid for extractable metal. IM-2 will test technologies that could help extract resources from the Moon. And Tanker-002 will be a significant step forward for commercial propellant depots, which could eventually create markets for space resources.