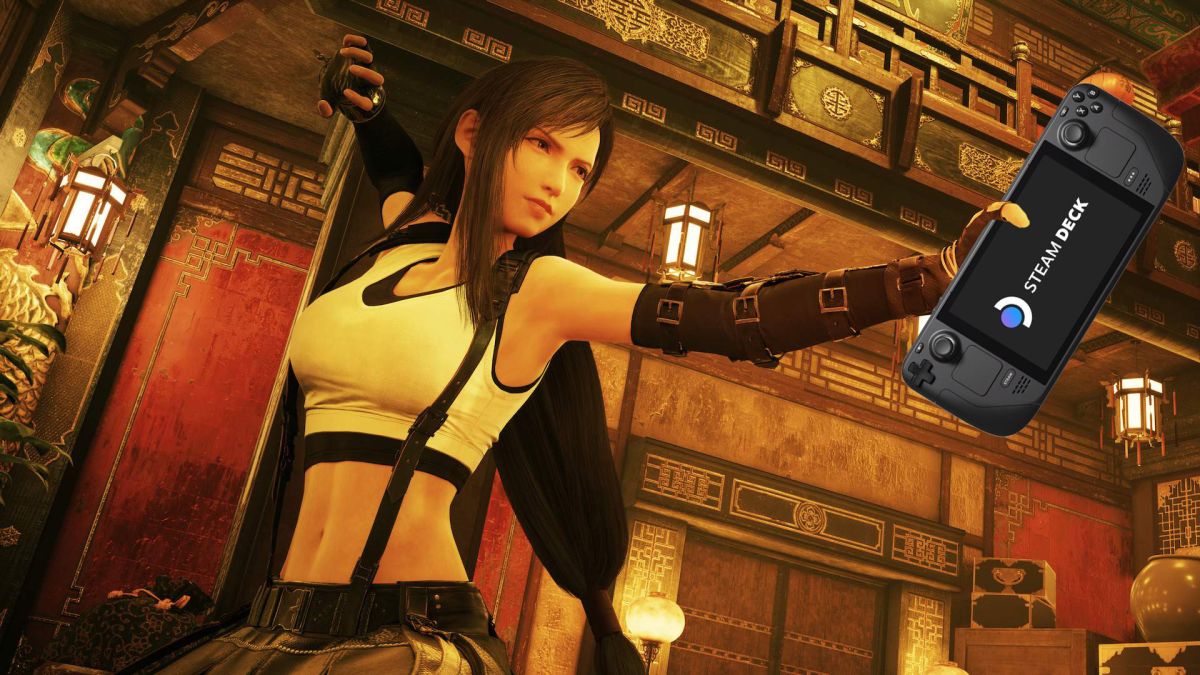 I’ve been petitioning Square Enix to put Final Fantasy Tactics on PC for years. It still hasn’t happened, but in 2022 Square did rediscover the tactical RPG, and delivered a bounty of riches to PC players that I sure didn’t see coming at the start of this year. For the first time in ages that I can remember, Square focused less on blockbusters and more on small RPGs. Its timing couldn’t have been better.

Almost every game Square Enix released in 2022 seemed born for the Steam Deck:

Indie developers have certainly embraced the Steam Deck this year, highlighting that their games are Deck Verified to capitalize on the enthusiasm for Valve’s handheld PC. But Square Enix was the first major publisher I saw doing the same thing. In a trailer for Final Fantasy 7 Remake Intergrade over the summer, Square Enix specifically called out Steam Deck compatibility, even throwing a picture of the Deck up on-screen during a livestream. This was months before the Steam Deck was even available for sale in Japan.

When FF7 Remake first launched on PC in December 2021 I called out the port for being disappointing, with meager graphics settings and a persistent stuttering issue thanks to a dynamic resolution-changing feature that couldn’t be disabled. An Nvidia driver update a couple months later helped mitigate the stuttering some, but it remains frustratingly barebones for a PC port of a big budget game. As a showpiece for a handheld PC, on the other hand? Different story.

If you go out of your way to install a mod that disables Remake’s heinous resolution scaling, you can play one of last-gen’s best-looking games on a handheld PC at a very steady 40 fps with a couple hours of battery life. This flexibility is my favorite thing about the Steam Deck: it isn’t stuck with the 30 fps lock of many console games, and just about any mod or technical tweak you can make on a gaming PC you can also make on the Steam Deck.

Despite Final Fantasy 7 Remake being a disappointing PC port, it’s still one of those lush, big-budget games that’s astounding to be able to play on a handheld—there’s just no way it would run well on the Switch, for example. The Steam Deck’s versatility has paid off elsewhere for Square Enix’s 2022 games too. The Final Fantasy 6 Pixel Remaster, which came out at the start of the year, is almost perfect—other than its terrible font choice. It took me about 10 minutes to mod that font out on my Steam Deck, replacing it with a pixely font modeled after the Super Nintendo version of the game. All is as it should be.

These are both cases where the Steam Deck’s flexibility benefited Square Enix’s games, but Square’s also been giving back. In the last few months of the year it’s gone on a tear, releasing game after game that fit the Deck like a glove.

First there was The DioField Chronicle, which blew nobody’s socks off, but was an unusual attempt to blend the tactical RPG with real-time combat. Regular PC Gamer contributor Leana Hafer reviewed it for IGN and even called it “an ideal Switch or Steam Deck game: something to chip away at little by little in your free moments.”

Better-received was Triangle Strategy, which made the jump from Switch to PC in October. When it first released on Switch, Digital Foundry did a thorough tech review that was mostly positive, but highlighted a couple obvious limitations: some blurry sprites and a 30 fps target. The Steam Deck, meanwhile, can run it at 60 fps, max settings (or a more stable capped 30 or 40 fps, if you want better battery life).

Triangle Strategy’s too talky and not quite focused enough on its combat to be the new crown prince of strategy RPGs, especially with a script that can’t measure up to the likes of Final Fantasy Tactics. But that’s OK, because Square followed it up a mere month later with Tactics Ogre: Reborn, a remake of one of the best strategy games ever. And an extensive remake at that: there are lengthy YouTube videos going over all the changes Square made here to classes, leveling, balance, AI, combat mechanics, and graphics. I think the sprite filtering in Reborn looks pretty ugly, but on the whole I’m thrilled to see how much thought and care went into this remaster.

Square has spent so many years slapping its old games into modern wrappers to port them to new platforms that it’s wonderful to see a team (including input from original director Yasumi Matsuno) take a real crack at making a definitive version of one. A few months ago I would’ve called Tactics Ogre one of the best games to emulate on the Steam Deck if you have a copy of the PSP version; today it’s one of the best Steam deck games you can buy.

We haven’t found the time to play Square’s life sim Harvestella yet, but Steam reviews generally say it’s a pleasant mash-up of RPG and farm sim—perhaps a bit better at the RPG side, and a bit worse at the farming side, than Rune Factory 5. For the RPG grognards, there’s Romancing SaGa: Minstrel Song, the latest in a line of SaGa remasters that have slowly but surely been making people realize this decades-old series is actually pretty rad. (Another SaGa recommendation from me: 2018’s Scarlet Grace).

None of Square Enix’s fall games lineup has touched the Steam Deck top charts that Valve publishes every month except for Tactics Ogre: Reborn, which snuck its way on near the bottom in November. And that doesn’t shock me: none of them are quite as pick-up-and-play friendly as chart-topper Vampire Survivors, or as holy-shit-finally-it’s-on-PC gratifying as November’s #2, Persona 5 Royal.

But no other developer released so many games this year that I looked at and thought, “Yeah, that’ll be great on the Steam Deck.” Maybe Square Enix’s 2023 lineup won’t lean as hard into low-budget RPGs, but I hope it does. Let the era of Square Enix-published Tomb Raiders and Avengers and Outriders come to an end. Replace them with a Final Fantasy Tactics-like and a new Dragon Quest Builders and weird, new, experimental RPGs every year and we’ll all be better off.