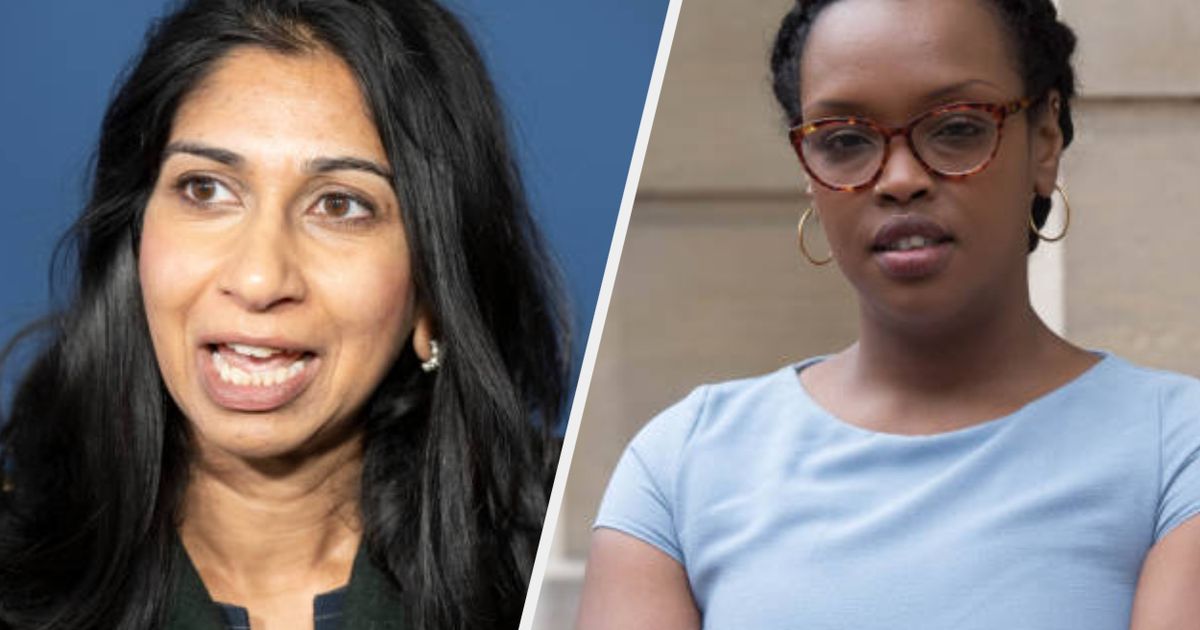 Rishi Sunak has been urged to sack Suella Braverman by a former adviser who has accused the home secretary of fuelling racism in the UK.

Nimco Ali, a close friend of Boris Johnson and his wife Carrie, said Braverman was “normalising” the politics of Nigel Farage with her language about asylum seekers who are crossing the Channel in small boats.

Ali quit her post as the government’s adviser for tackling violence against women and girls live on air live last week, citing ideological differences with the home secretary.

In an interview with the Sunday Times, Ali, who is a survivor of female genital mutilation (FGM) and a campaigner on the issue, said the Tories would not win the next election if Braverman remained in post.

And she claimed Braverman’s language against asylum seekers and migrants was “legitimising” racist attitudes.

“She’s basically feeding into this Nigel Farage stuff,” she told the newspaper.

“And when you start to normalise these things it’s really hard to put it back in its box.”

She added: “When you have your home secretary speaking the way she is speaking and being cheered, that is problematic, especially when you’re the first man of colour to be prime minister.”

Braverman was widely criticised for her use of language over the issue of small boat crossings, which she likened to an “invasion” of the southern coast.

The Refugee Council described the home secretary’s comments as “appalling, wrong and dangerous”, but she won the support of former Ukip and Brexit Party leader Farage.

He said on Twitter: “Suella Braverman, who is under attack from Remainers and the globalists, has said what is happening in the Channel is an invasion. It’s a word I’ve been using for two years and been condemned for.”

He added: “Believe me, the Establishment are out to get her because she’s got the guts to say many of these people are just not refugees. Well done her.”

On quitting her post live on Times Radio, Ali said she and Braverman were “on completely different planets when it comes to the rights of women and girls, and also the way that we talk about ethnic minorities”.

She later also called on Braverman to apologise for saying it was her “dream” to send refugees to Rwanda.

Ali’s intervention comes after four people died on Wednesday when a small boat capsized in the Channel.

A member of the rescue team told Sky News that around 43 people were saved from the water.

In an interview with the Times on Saturday, Braverman said the incident in the Channel was a “sobering, chilling reminder of the human toll that the small-boats crisis represents”.

She said ending the crossings — which have surpassed 40,000 this year — was her top priority and that a failure to tackle the problem would result in general election defeat for the Tories.

However, she stood by her use of language in the debate about immigration.

“I see my duty as home secretary as one of being a truth teller,” she said. “And sometimes that’s uncomfortable but I’m not going to shy away from telling the truth.”