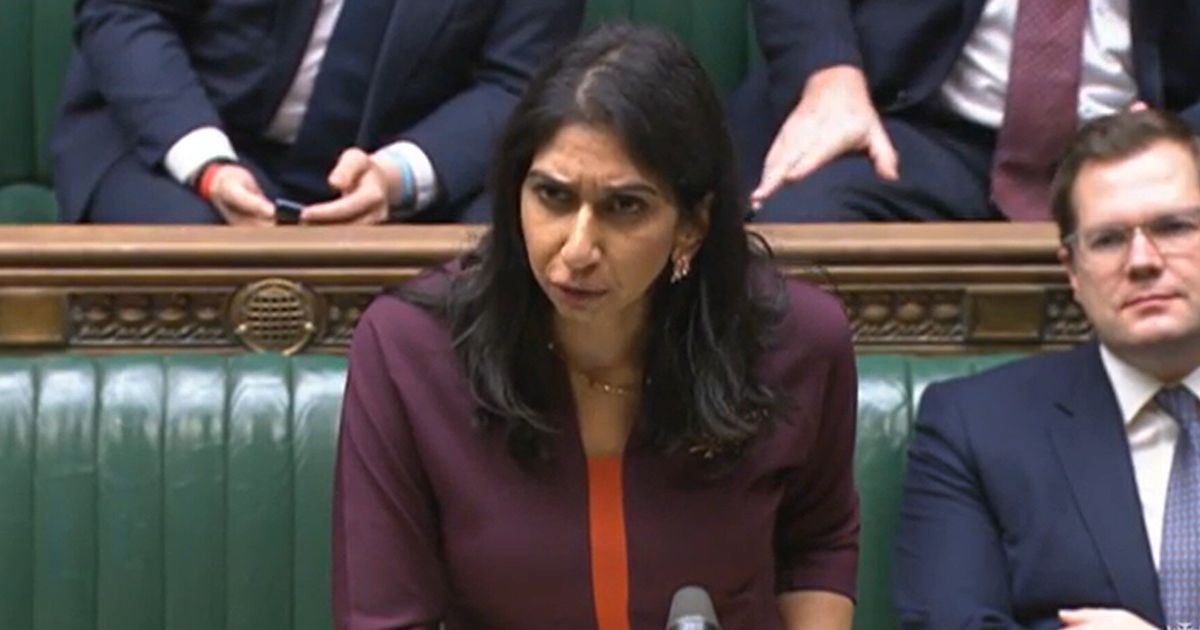 Suella Braverman has said the “overwhelming majority of the British people” back her plan to send migrants to Rwanda, despite polling that shows only 10% of the public think it is the best policy.

On Monday the High Court ruled that the policy is lawful after several challenges were brought against the proposals.

Speaking after the verdict, the home secretary said it “thoroughly vindicates” the policy first announced by her predecessor Priti Patel in April.

“It’s what the overwhelming majority of the British people want to see happen,” she said.

“The sooner it is up and running, the sooner we will break the business model of the evil gangs and bring an end to these illegal, unnecessary and unsafe Channel crossings.”

But a YouGov survey released today showed that only 10% of Britons agreed that sending people who cross the channel in boats to Rwanda was the best way to address the issue.

The most popular alternative, with the backing of 39%, was for the government to make it easier for people to apply for asylum in Britain from overseas so they did not need to attempt the channel crossing in the first place.

A separate YouGov poll published on October 31 showed the policy had the slight but not overwhelming support of the public, with 42% in favour of the policy while 37% opposed.

The survey showed that while 24% “strong support” the plan, 25% “strongly oppose” it.

Liberal Democrat home affairs spokesperson Alistair Carmichael said: “Not satisfied with pushing forward this immoral and ineffective policy, Suella Braverman is now attempting to claim that the Rwanda scheme is supported by a majority of British public – despite all polling saying the opposite.

“You’d expect nothing less from this Conservative government. She should come before parliament and correct the record.”

The first deportation flight – due to take off on June 14 – was grounded amid a series of objections against individual removals and the policy as a whole.

However, at the High Court in London on Monday, senior judges rejected arguments that the plans to provide one-way tickets to Rwanda were unlawful.

Lord Justice Lewis, sitting with Mr Justice Swift, dismissed the challenges against the policy as a whole, but ruled in favour of eight asylum seekers, finding the Government had acted wrongly in their individual cases.

In a summary of the ruling read out in court, Lord Justice Lewis said: “The court has concluded that it is lawful for the Government to make arrangements for relocating asylum seekers to Rwanda and for their asylum claims to be determined in Rwanda rather than in the United Kingdom.”

He added: “The relocation of asylum seekers to Rwanda is consistent with the Refugee Convention and with the statutory and other legal obligations on the Government, including the obligations imposed by the Human Rights Act 1998.”

Detention Action, Care4Calais, the PCS union and Asylum Aid all said they were disappointed with the ruling and are considering whether to appeal against the decision.

But Downing Street said while government wanted the Rwanda policy to be implemented as soon as possible, it was impossible to put a timetable on when it would begin.

Rishi Sunak’s official spokesman was unable to guarantee whether any flights carrying migrants would depart in 2023.

And the Lib Dems said it was “immoral” and accused the Conservatives of “betraying the UK’s proud tradition of providing sanctuary to refugees fleeing war”.