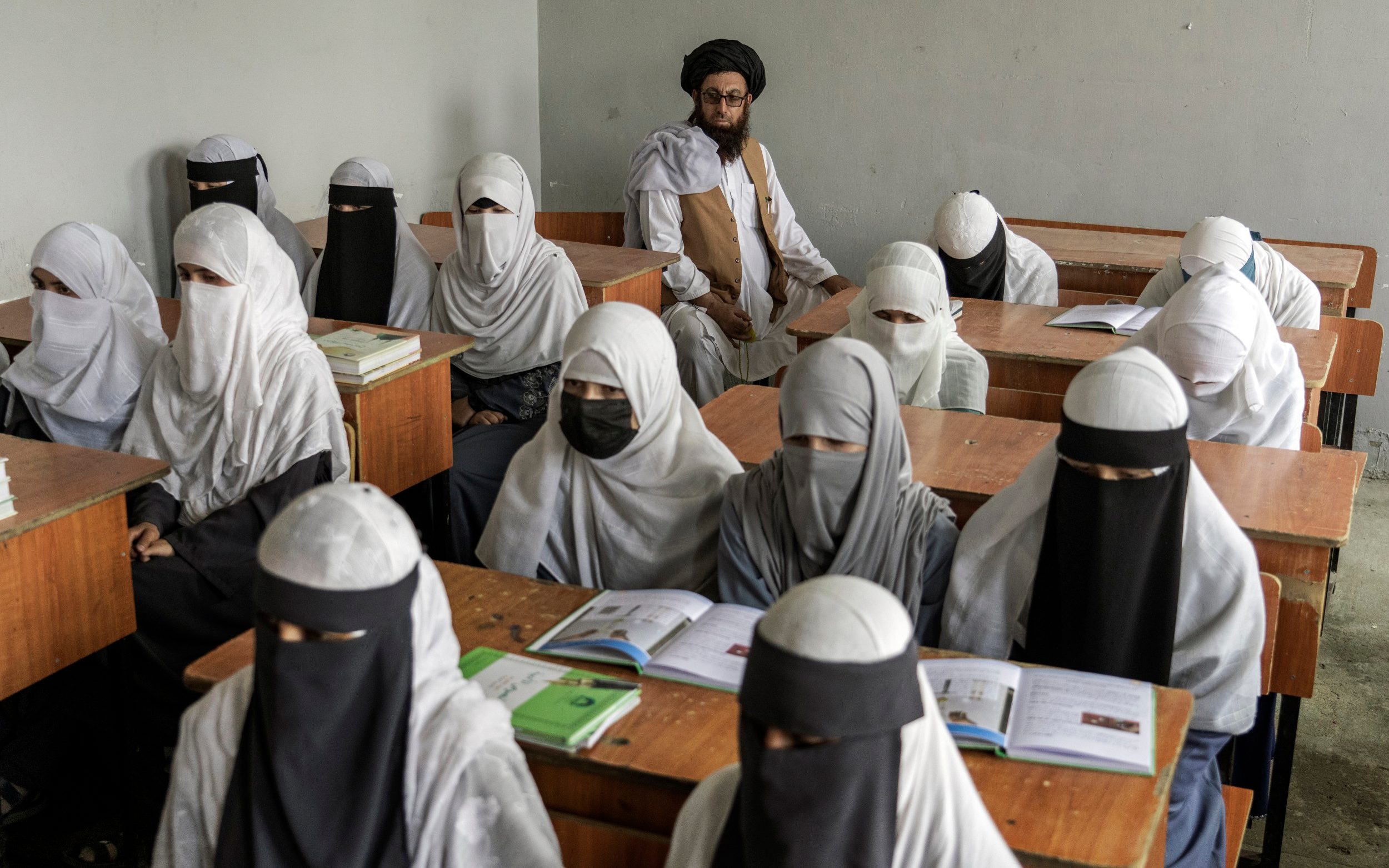 The Taliban has banned women from private and public universities in Afghanistan with immediate effect and until further notice.

The decision was the latest attempt to crush women’s rights and was announced after a meeting of the Taliban government.

Despite initially promising a more moderate rule and women’s and minority rights, the country’s hard-line rulers have widely implemented their harsh interpretation of Sharia law.

They have banned girls from middle school and high school, restricted women from most employment and ordered them to wear head-to-toe clothing in public. Women are also banned from parks and gyms.

A letter shared by Ziaullah Hashmi, the spokesman for the ministry of higher education, ordered private and public universities to implement the ban as soon as possible and to inform the ministry once it is in place.

In March, the Taliban drew criticism from many foreign governments and some Afghans for backtracking on a pledge to reopen all girls’ high schools.

Roza Otunbayeva, the UN secretary-general’s special representative for Afghanistan, said that the closure of schools had “undermined” the Taliban administration’s relationship with the international community.

“As long as girls remain excluded from school and the de facto authorities continue to disregard other stated concerns of the international community, we remain at something of an impasse,” she said.

The Taliban’s decision came as many university students sat end-of-term exams. One mother of a university student, who asked not to be named, said that her daughter called her in tears when she heard of the letter, fearing that she could no longer continue her medical studies in Kabul.

She said: “The pain that not only I and [other] mothers have in our heart could not be described. We are all feeling this pain. They are worried for the future of their children.”