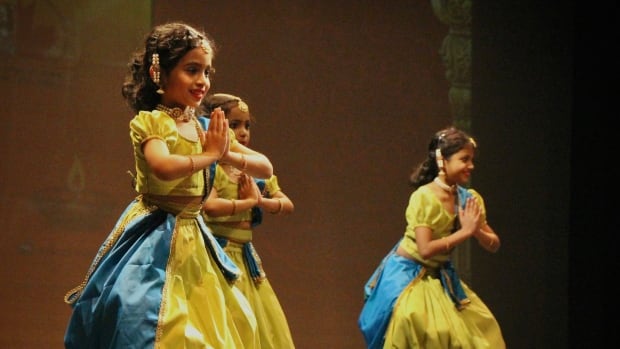 Each year, Tamils in B.C., many of whom fled the atrocities of war in their home country a little over a decade ago, take this opportunity to share an ancient and rich culture with their fellow Canadians and each other.

Tamil Heritage Month, first recognized federally in 2016 and provincially in 2020, is celebrated across the country in January to commemorate the Tamil community’s contributions and the traditional harvest festival, known as Pongal.

“We have to celebrate Tamil heritage and the knowledge of our ancestors to make sure we don’t lose that,” said Arun Vadhavooran, a Victoria resident.

He says one of the highlights in B.C. is the Tamil Heritage Month show hosted by the Thamil Cultural Society of B.C.

Vadhavaroon usually makes the trip to Vancouver for the show with his family to perform Villu Pattu, an ancient form of storytelling where narration is interspersed with music using a bow adorned with bells.

“I want my son to have the opportunity to mingle with everyone and learn from them,” he said of the celebration and performances.

Originally from India, Vadhavooran misses the festivities of his home country, which feature traditional art forms like Bharatanatyam, a traditional dance known for statuesque poses and powerful footwork, and poetic Kavi Arangam, a form of spoken word, where poets display their prowess in the ancient language and share messages of gratitude and humour.

The B.C. show allows the community to share these traditions with a Western audience.

This January, the Thamil Cultural Society of B.C. hosted its annual Tamil Heritage Month festivities with a colourful, diverse display of traditional performances.

B.C. plays an important role in Tamil Canadian history. In 2009 and 2010, Tamil refugees arrived off the coast of Vancouver Island to escape the atrocities of war in Sri Lanka.

“The [Sri Lankan] government didn’t welcome these folks, but certainly the people of British Columbia did,” said Gary Anandasangaree, the Ontario MP who sponsored the federal bill recognizing the month.

“It’s a small but mighty community.”

Anandasangaree was invited to B.C.’s celebrations in a show of appreciation for his contributions.

“Tamil Heritage Month is a secular celebration … of multi-faiths, and we celebrate it [in Canada] to recognize the language.”

This year, hundreds, from infants to elders, gathered to celebrate for the first time since the start of the pandemic.

“We are a very vibrant community … committed to restoring and holding on to [our] identity,” said Anandasangaree.

At over 5,000 years old, he says, Tamil is considered the world’s oldest living language in use today. Its community encompasses people from Sri Lanka, India, Mauritius, Singapore, Malaysia, and Fiji.

For Anandasangaree, it’s important to share Tamil culture with a wider audience.

“The community is an important aspect of Canadian society, we contribute in so many different ways, and we need to be proud of that.”

January marks the start of the Tamil solar calendar and harvest festival, according to Darshana Yogarajah, a spokesperson for the Arul Migu Thurkadevi Temple in Burnaby.

“We celebrate Thai Pongal (the harvest festival) by offering to the Sun God and Mother Nature,” she said, adding festivities take place by boiling milk and cooking sweet rice together with family.

Yogarajah was raised in B.C., celebrating Pongal with her parents and sisters. She now shares those traditions with her son.

“It’s important for me to pass on those joys to the next generation as well.”

Burnaby Grade 11 student Avai Ramesh has been learning Tamil since she was 10. She says participation in cultural events is essential to her Tamil Canadian identity.

“Being born in Canada, sometimes I feel out of place and not really connected to my culture,” she said.

“Gathering among my fellow Tamilians here, especially at Pongal [and Tamil Heritage Month], it really provides me that sense of community.”