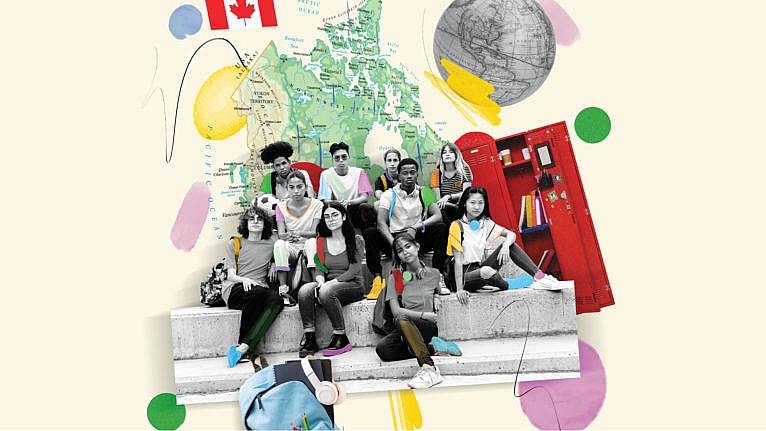 This story is part of our annual “Year Ahead” collection. Read the rest of our predictions for 2023 here.

Schools have become battlegrounds: in 2023, more parents will pull out of the public system, universities will face mass protests and grade schools will experience security threats. The upsides? Greater safety measures and new options in distance learning. Here’s a look at the year ahead in the world of education:

1. Student safety will be a top priority

Student life after the massacre in Uvalde, Texas, has become even more fraught with potential threats. Several schools in Vancouver, Saskatoon and the Greater Toronto Area went into lockdown last year due to incidents near or on school property, and administrators are now spending portions of their budgets on video surveillance, self-locking doors and other security measures. Some Canadian students have even reported fake emergencies—including a 14-year-old Hamilton girl last May—and such false alarms are only expected to continue. The going concern at school boards, and among parents, is that kids won’t take safety measures seriously when a real threat presents itself.

2. International students will flock to our schools

Last year, Canada toppled the U.K. to become the third-most desirable study destination for international students (just behind the U.S. and Australia). That’s good news for colleges and universities: these students pay a premium. The government has also embraced more international pupils as a solution to a rapidly aging workforce, offering incentives like a temporary suspension of limits to off-campus work time. Paul Davidson, president of Universities Canada, wants schools to set targets for students specializing in health care, trades and the sciences to meet the needs of Canada’s evolving labour market.

3. The skilled-trades gap will widen to a chasm

By 2028, an unprecedented 700,000 skilled Canadian tradespeople are planning to retire. As a result, it will be harder and more expensive to build housing and critical infrastructure—right when we need it most. Ontario Premier Doug Ford has hinted that in 2023, he’ll introduce legislation that would shorten the existing year-long certification period to 30 days for out-of-province tradespeople (across 35 professions). The Trudeau government, which says 75,000 new apprentices need to be hired annually to meet demand over the next half-decade, has launched a campaign to promote the most sought-after positions by region, with the hope that more young people choose a career in the skilled trades.

Universities often stake their reputations on GPAs and graduation rates, and students—bolstered by grade inflation in high schools—have come to expect better results, genuine or not. Since the early 2010s, class averages have been rising at McGill, Western, the University of Toronto and the University of Waterloo. COVID only added more complexity to the mix, with professors—mindful of struggles with distance learning—skewing more lenient in their grading. University administrators are creating task forces to study the impact ballooning grades have on academic integrity, but it’s a tough trend to reverse. In 2023, companies doing on-campus recruiting will be wondering whether transcripts reflect reality.

The remote-learning fiasco gave many parents fresh insight into how decades of budget cuts have undermined public schools. Even though Toronto’s population is exploding, the Toronto District School Board projects a loss of more than 4,000 students in 2023. Meanwhile, enrolment at Canada’s independent schools rose 21 per cent from 2006 to 2020. Among the reasons parents are choosing bespoke learning: more trust in the curricula, and the promise of individualized attention that students need to succeed. In Ontario, a quarter of all schools are now independent (a total of 1,576), and in 2023, that number will only grow.

Online and distance learning for post-​secondary credit exploded during the pandemic. In 2020, more than 660,000 Canadians chose to learn via MOOCs, or massive open online courses. (The University of Alberta and the University of Toronto, in particular, attracted tens of thousands of new registrants.) COVID also forced many instructors to spice up their teaching methods; Zoom can really flatten an instructor’s delivery. And while MOOCs are typically free, they’re lucrative for education-tech companies and course designers—a market projected to be worth US$152 billion by 2032.

Since the early 1990s, academia has placed a heavy focus on the disciplines of STEM—that’s science, technology, engineering and math. But many educators argue that an arts-free curriculum short-circuits critical thinking. Enter STEAM, an emerging learning philosophy that mixes the sciences and the arts using challenges like maze building (which requires problem solving) and video-game creation (coding plus storytelling). University admissions officers are advocating for STEAM education from K to 12 as a way to guarantee more well-rounded learners. In Ontario, some school boards are even hiring consultants to run workshops on optics, acoustics and automation. 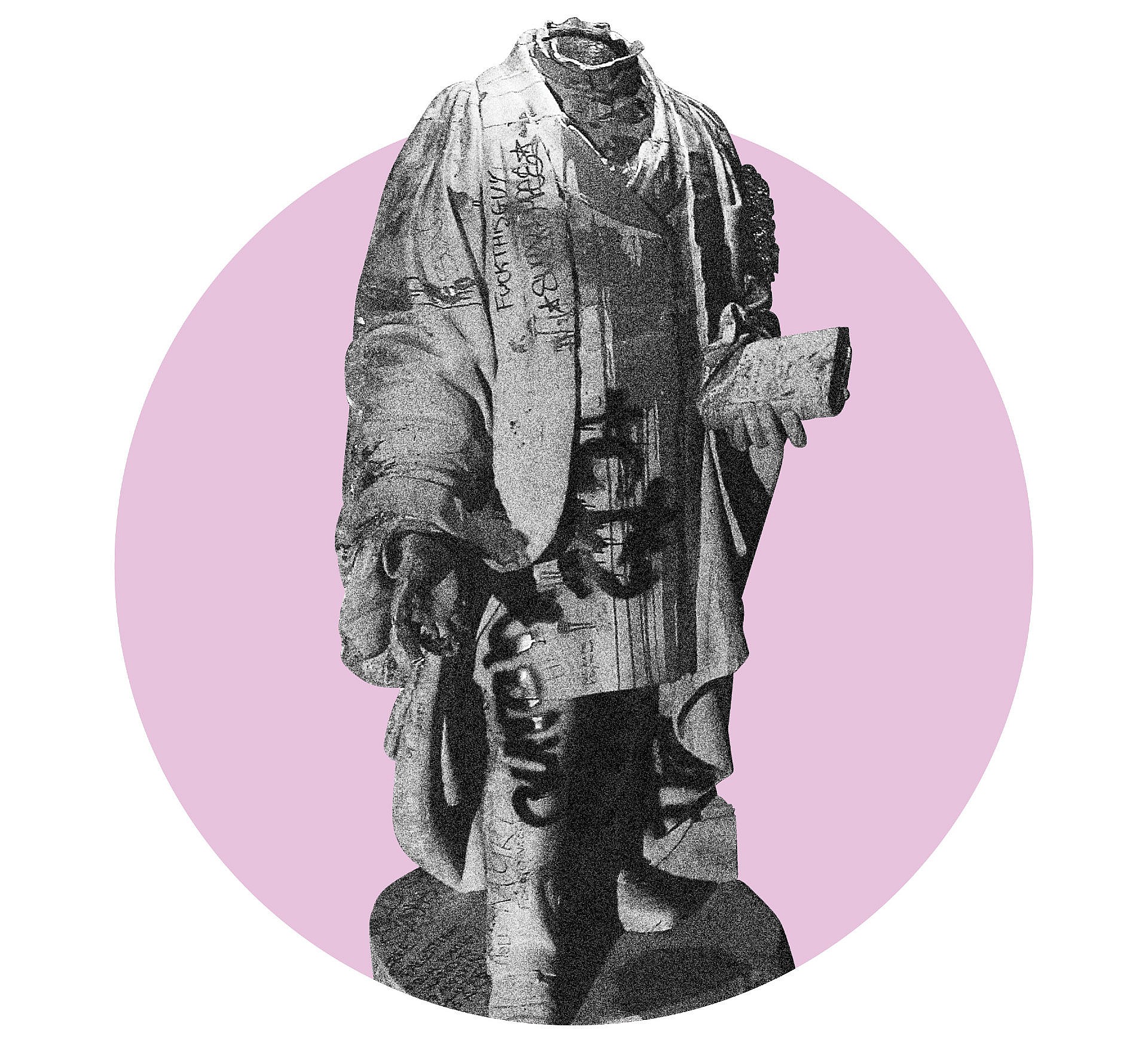 In 2021, protesters beheaded a statue of Ryerson University’s namesake and founder, an architect of residential schools. The revolt caused the school to rebrand in 2022 as Toronto Metropolitan University, and sparked similar reckonings at Queen’s, McGill, Dalhousie and the University of New Brunswick. Campuses are used to political heat but, thanks to social media, today’s students are better organized and tapped into an international push for social justice. They’re demanding instructors resign over missteps and calling for more diverse faculty and curricula. In response, administrators are doing what they do best: studying the matter. Concordia University, for example, formed an anti-Black racism task force with eight sub-committees, which released recommendations late last year.

More students are relying on education tech to navigate the post-secondary landscape, and there are few better examples of its potential than ApplyBoard. The eight-year-old tech company, based in Kitchener, Ontario, was launched by UWaterloo mechanical and mechatronics engineering grad Martin Basiri—along with his younger twin brothers Massi and Meti—to make studying abroad easier than ever. The AI-powered platform matches students with international study programs and recruiters at 1,600 institutions, providing guidance in a slick, intuitive package. Martin was inspired to start the company after battling red tape during a move from Iran to Ontario to study. So far, more than 400,000 students have used the tech, and the company is now valued at $4 billion.

10. Universities will incorporate Indigenous knowledge into their programs

This September, the University of Victoria will launch the world’s first-ever MBA program devoted to Indigenous reconciliation, in which students will study business administration in Indigenous not-for-profit organizations. It’s one of many recent attempts to fill the Indigenous knowledge gap in Canadian academia, inspired by recommendations outlined by the Truth and Reconciliation Commission. In addition to the MBA, UVic will offer a master’s degree in Indigenous nursing. Other new academic efforts include a new specialized Indigenous law certificate from the University of Ottawa, a mandatory Indigenous-knowledge course for undergrads at the University of Prince Edward Island and—starting this year—a dental therapy program at the University of Saskatchewan that will address the field’s labour shortage and train students for work in Northern communities.

This story is part of our annual “Year Ahead” collection. Read the rest of our predictions for 2023 here.

This article appears in print in the January 2023 issue of Maclean’s magazine. Buy the issue for $9.99 or better yet, subscribe to the monthly print magazine for just $39.99. 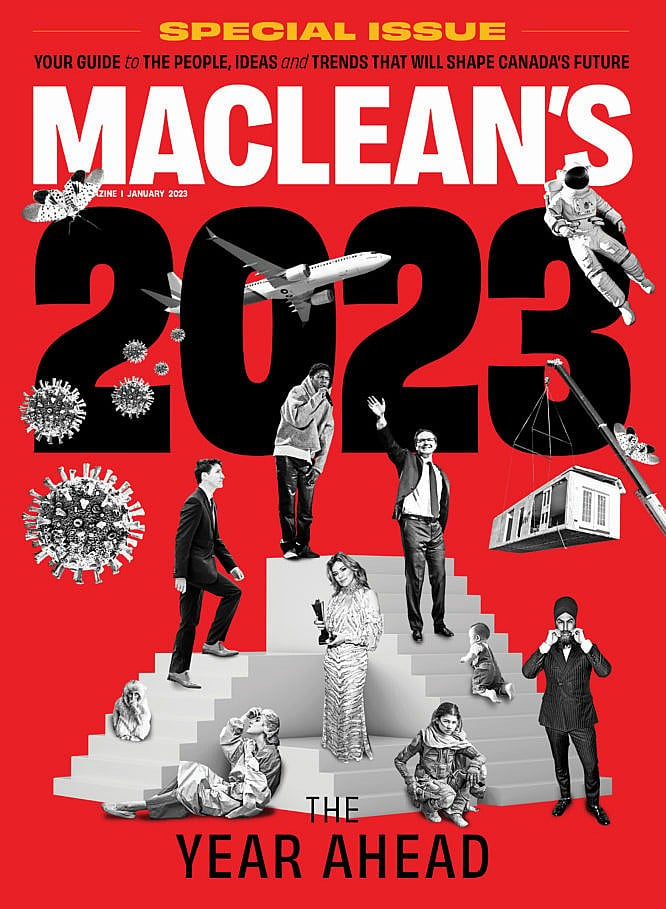