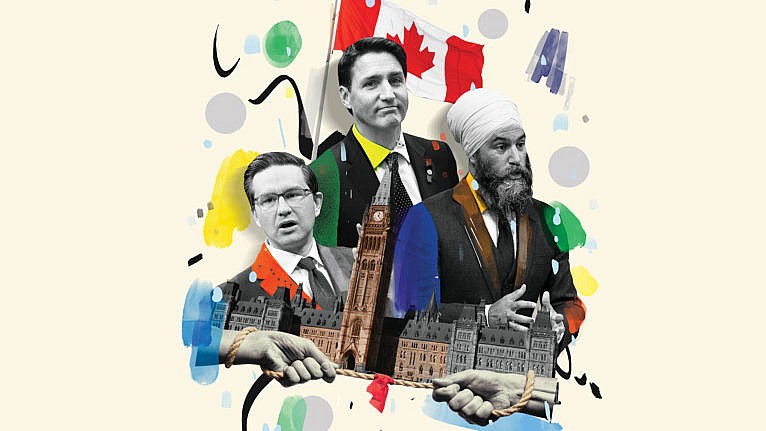 Trudeau, Poilievre, and the fight for democracy take centre stage

The Smith-Notley fracas escalates in Alberta as Trudeau wages multiple battles federally. Meanwhile, Russia’s invasion of Ukraine continues to reverberate around the world, while cost-of-living woes dominate on the home front.

1. The highest-stakes election will be in Alberta

Maybe by the time Albertans head to the polls in May, Premier Danielle Smith will be done dousing her political tire fires. She spent her first days in office walking back controversies, including an assertion that unvaccinated people are “the most discriminated-against group that I’ve ever witnessed in my lifetime.” She can probably count on the votes of those unvaccinated Albertans, but her broad appeal remains uncertain. The NDP is competitive in Alberta—in one recent poll, respondents favoured NDP Leader Rachel Notley by a 14-point margin. Elected to government in 2015, Notley lost to Jason Kenney in 2019, toughed it out in opposition, and might yet complete a phoenix-like comeback.

2. Trudeau will have a year from hell

Justin Trudeau’s fight card for 2023 is already full. Premiers are banging the table for more health money. Quebec Premier François Legault is chafing over his province’s share of federal immigration targets (which he says are so high as to cause social unrest), while Bill 21, his legislation banning public-sector workers from wearing religious symbols, may end up at the Supreme Court. Alberta, meanwhile, wants to pass a Sovereignty Act that would allow it to ignore federal laws. In February, we can expect a potentially damaging verdict on Trudeau’s use of the Emergencies Act to quell the Freedom Convoy’s occupation in Ottawa. And we may see more premiers thumb their noses at his father’s legacy, the Charter of Rights and Freedoms, by invoking its notwithstanding clause—the back-door provision, recently used by both Legault and Ford, that overrides the rights the Charter is intended to guarantee.

3. Russia’s invasion of Ukraine will be felt on Canadian soil

Since Russia invaded Ukraine in February, Canada has imposed sanctions on Russian oligarchs, given Ukraine $3.85 billion in cash, trained Ukrainian soldiers for battle and gifted all the matériel we had to spare. As fall turned to winter, Russia’s flailing boots-on-the-ground invasion gave way to sustained bombing of Ukraine’s energy infrastructure—a cruel strategy in a frigid country. What Ukrainians need now are heated homes. That means more people seeking refugee status and, with energy in short supply across Europe, more looking to leapfrog across the Atlantic. Canada needs to get ready; we’re still struggling to process the roughly 200,000 Ukrainians who’ve already applied. Meanwhile, Deputy Prime Minister Chrystia Freeland has promised to fast-track energy projects to help Europe. Allies will expect progress by 2024.

4. The fight for democracy will eclipse trade disputes with the U.S.

In a speech in Washington last February, trade minister Mary Ng described the Canada-U.S. relationship as having “a million moving parts.” Those include the perpetual popped springs of cross-border trade, American dairy and Canadian softwood lumber. Meanwhile, supply chains continue to sputter and American protectionism is hampering Canadian business. But in another Washington speech in October, Chrystia Freeland warned of bigger problems ahead: autocracies are on the rise and will challenge democracies for global dominance. As dark as her vision is, it spells good news for Canada-
U.S. relations–the need to co-operate will outweigh petty squabbles.

Canada is admitting more immigrants than at any time in its history: the previous record of 400,000 was set in 1913, equalled in 2021 and crushed this year. And the plan is to keep setting new records, ultimately hitting 500,000 in 2025. The economy depends on it: more Canadians are now leaving the workforce than entering it, creating a persistent labour shortage, with nearly as many job openings as there are unemployed workers. The challenge is to match immigrants’ skills to jobs, especially in sectors such as education, health care and construction.

6. Everyone wants an electric car—but good luck charging it

Electric and hybrid cars now account for more than seven per cent of new vehicle registrations in Canada, a rate that doubled in two years. That means we need more charging capacity, and fast. There are now 22,000 EV charging stations in Canada, about 420,000 short of what we’ll require by 2035. Ottawa is funding 50,000 more chargers over the next three years through the Canada Investment Bank, which the Liberals launched in 2017. A lingering question is whether Canadians are ready to change their travel routines. Even the fastest charge takes 30 minutes, compared to a quick two-minute fill at the pump. If Canadians keep buying EVs at a record pace, of course, that question will answer itself.

7. Big tech will throw a fit about CanCon rules

Ottawa’s ambitious effort to regulate big tech (companies like Alphabet, Apple, Meta, Microsoft and so forth) will get its first real test in 2023. The combination of the Online Streaming Act (Bill C-11) and the Online News Act (Bill C-18, still under consideration in the House of Commons) will make internet firms subject to Canadian content regulations, force them to contribute to the country’s content subsidy programs and have them share revenues with media organizations whose news they post on their sites (and whose ad revenues they’ve poached). Big Tech is chafing at the prospect, but for the federal government, it’s about forcing these companies–which happen to be among the world’s most valuable–to invest some of their Canadian profits back in Canada. Ottawa is also threatening to implement a three per cent Digital Services Tax on these companies’ Canadian revenues starting January 1, 2024. Washington has warned Canada not to collect the tax, even as the U.S. stymies a collaborative, global approach to the issue. All in all, 2023 has the makings of a ticking Big Tech time bomb.

8. The country will go deeper into debt for dental care 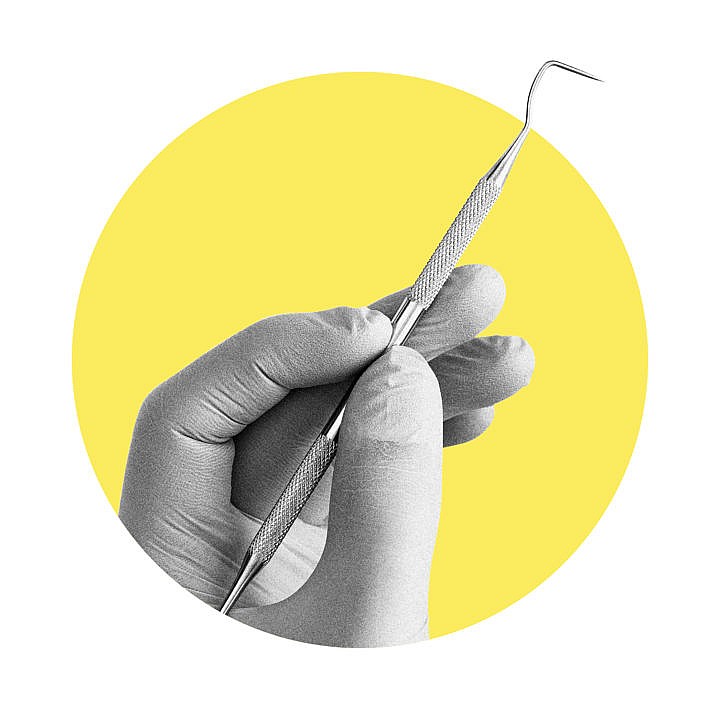 As part of their deal to avoid another federal election, Justin Trudeau’s Liberals promised Jagmeet Singh’s NDP a national dental care program in 2023. A recent poll showed that 72 per cent of Canadians support it. Dentists have expressed only minor quibbles. The provinces, though often touchy about new federal programs, have kept mum. Money, of course, could yet scuttle it. The Parliamentary Budget Officer reckons the five-year price tag could be nearly double the $5.3-billion estimate. The PBO is also forecasting deficits for the next five years, which means the government would have to borrow that money at ever-rising interest rates. Other priorities beckon—a brewing recession, aid to Ukraine—and Pierre Poilievre’s Conservatives oppose the plan, saying it will goose inflation.

Last year, the Liberal government made good on its promise to sign agreements with the provinces to reduce daycare fees. But the details will vary from province to province. In most cases, provinces will phase in reductions, reaching $10 a day by 2026. And though the plan will create new subsidized spaces, there still won’t be enough for all of the country’s 2.1 million kids under age six. Nevertheless, parents are already dreaming about what to do with the thousands of dollars they’ll save. Of course, maybe it’ll just go to their mortgage renewals: the Bank of Canada predicts that in a few years, a typical mortgage payment will be 30 per cent higher thanks to rising interest rates.

Last October, it was revealed that CPC Leader Pierre Poilievre’s YouTube channel was using a hidden hashtag favoured by misogynist groups. To his critics, it was just another step in his continuing descent among the deplorables of populism—part of his plan, surely, to pull his party’s right flank away from Maxime Bernier’s People’s Party. But he’s also trying to broaden the spectrum of acceptable opinion. He was an early opponent of mask mandates, has embraced populist calls to defund the CBC and has pledged to make federal funding to universities contingent on their commitment to free speech. He’ll pick his next populist move the same way he did with his convoy support: he’ll be opportunistic, then lean in hard. In the meantime, he’ll buttress his traditional fiscal-conservative bona fides by endlessly harping on the cost of living and pushing his promise to simplify Canada’s income tax system.