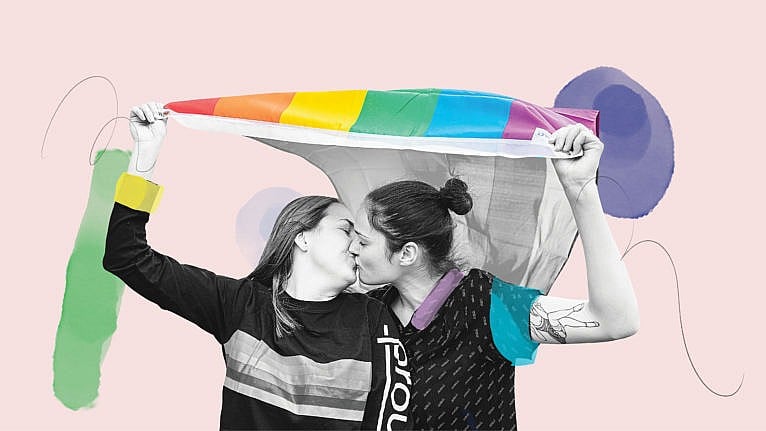 In 2023, hybrid work will officially become the new normal, and four-day weeks are on the horizon. Parenting will be less intense, especially as grandparents move into family homes. And caregivers will—hopefully—get their due.

1. It will become easier to schedule a medically assisted death

Medical assistance in dying in Canada has been expanding since it was decriminalized in 2016. At first, MAID was only available to those with terminal illnesses whose deaths were “reasonably foreseeable.” In 2021, eligibility expanded to any Canadian over the age of 18 living with serious physical illness, disability or chronic pain, whose conditions could not be reversed and whose suffering was unbearable. In March, MAID will grow again to include people whose sole underlying condition is mental illness. Patients will need to demonstrate “grievous and irredeemable illness” and get two medical assessors to approve the request. Critics say we’re not prepared to become the most liberal country in the world when it comes to assisted death—especially at a time when mental health services are overwhelmed.

2. Fewer Ontarians will move to the Maritimes, where housing prices will cool right down

Between 2021 and 2022, almost 50,000 Ontarians—the highest number in years—left the province for elsewhere in Canada. Nearly seven out of 10 headed to the Maritimes in search of a lifestyle change, proximity to nature and more affordable housing. The influx of new arrivals—many of whom were remote workers—put strain on the housing markets in Nova Scotia, New Brunswick and Prince Edward Island, which led the country in price jumps over the last two years. But as the market cools and employers start mandating returns to the office (and to Ontario), national housing prices could be down 25 per cent by the end of 2023, with the biggest drop happening in Atlantic Canada. 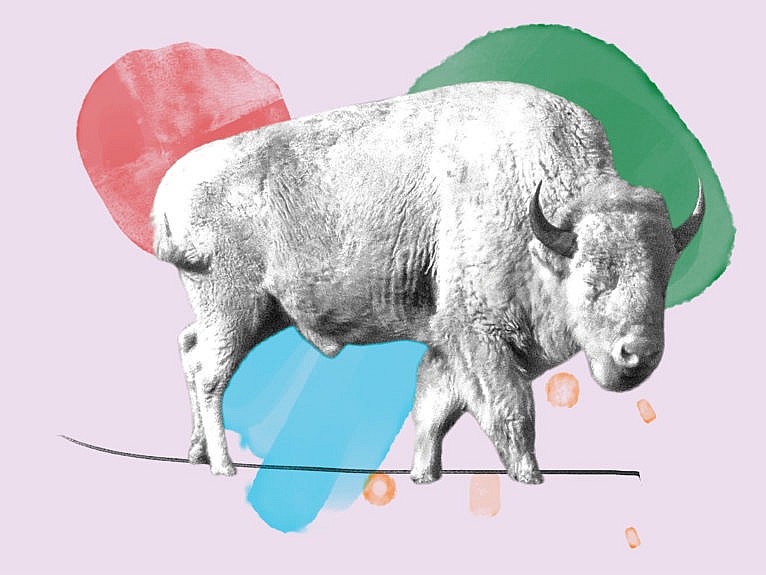 Before the pandemic, Indigenous tourism was growing quickly, contributing nearly $1.9 billion to the country’s GDP. Now, thanks to post-lockdown wanderlust and a federal investment of almost $25 million, the sector is ready to bounce back. Destination Indigenous connects Canadians with certified First Nation, Métis and Inuit hospitality providers. Métis Crossing, Alberta’s first major Métis cultural centre, is set on a nearly 700-acre preserve populated by rare white bison, elk and Percheron horses. And in June, B.C.’s Nemiah Valley Lodge will open for a second season of Tŝilhqot’in song and dance workshops, nature walks and bannock cooked over an open fire.

The number of multi-generational households has skyrocketed in the past 20 years, with almost 10 per cent of Canadian children living with at least one grandparent. Exorbitant costs of living and an aging population have both contributed to this trend, and neither is going away any time soon. To make room for grandma and grandpa, homeowners are retrofitting their single-family dwellings, and a new federal tax credit was introduced last year to help them do it. For those buying new homes, designs are changing to keep up with the times. The M2M condo development in north Toronto has two-storey units with two primary bedrooms, and Flexhouz, a housing model designed by Marshall Homes in Pickering, Ontario, features a standalone house-within-a-house, which sounds like the perfect formula for peaceful cohabitation. 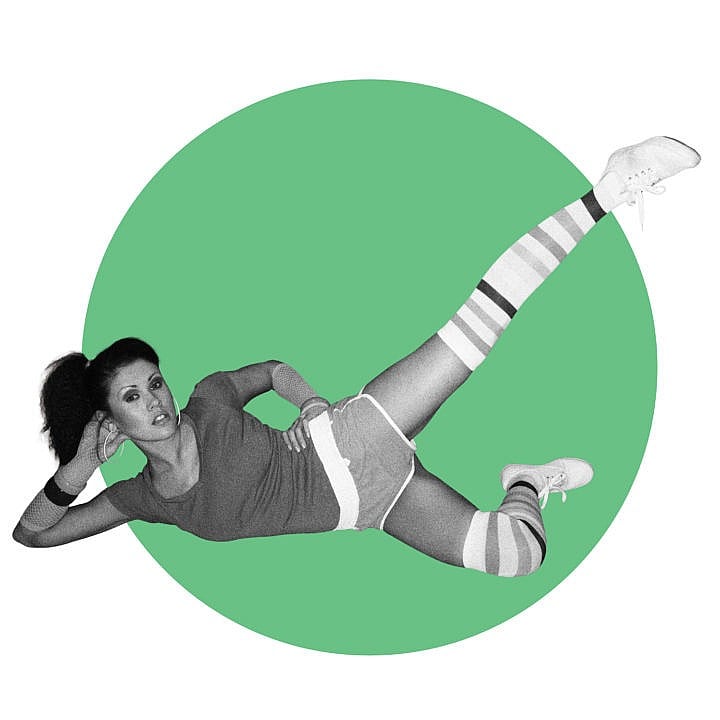 5. The latest fitness craze will be a 1950s throwback

Smart bikes and holographic mirrors are all well and fine, but whatever happened to good old-fashioned calisthenics? McMaster kinesiologists recently conducted a study inspired by a fitness plan created in the 1950s for the Royal Canadian Air Force, which found that doing simple bodyweight exercises vigorously over a short period of time—think toe touching, jumping jacks and (sigh) burpees—was a great way to improve cardiovascular fitness without any specialized equipment. The regimen coincides with the rise of trainers who offer classes in high-intensity interval training over social media—the post-pandemic equivalent of a Jane Fonda workout.

The care economy employs approximately one in five Canadian workers, including pre-school teachers, ICU nurses, cleaners and long-term-care staff. Most are also underpaid—for example, the labour shortage in child care is threatening the national $10-dollar-a-day daycare deal. Within the next 10 years, the number of older Canadians requiring home care is projected to jump to 1.8 million, while 606,000 will need long-term care. Meanwhile, the supply of nurses and personal care workers is shrinking. That’s why the Canadian Labour Congress launched the Show We Care campaign, which calls for increased funding from the federal government to study, support and compensate caregivers.

School boards across Canada are on a mission to decolonize curriculums, eradicate elite academic programs that are viewed as instruments of white supremacy, and create a pedagogy that incorporates the experiences of racialized Canadians and Indigenous peoples. Meanwhile, a self-
described “anti-woke” movement of conservative parents has risen up to campaign against teaching kids about gender identity and sexual orientation. One Ontario shop instructor who identifies as transgender inspired an international brouhaha by wearing oversized silicone breasts in class, and in B.C., candidates from a conservative organization called ParentsVoice BC won several school board seats. Next up: the courts. For example, an Ottawa mom complained that an impromptu lesson on gender identity violated her Grade 1 daughter’s human rights. The tribunal adjudicator dismissed the complaint and wrote that the parent’s demands would in turn violate the province’s human rights laws on gender identity.

8. Hybrid work is here to stay

That’s according to an AT&T survey of 300 C-suite executives and senior managers, who predict that 81 per cent of employees will have a hybrid setup by 2024. It’s a move that will require better tech and a lot more trust. The gadgetry—like AI assistants that can book meetings and open-source software that synchronizes all of our workplace tools—is well on its way, but the trust is harder to come by. One-third of Canadian workers are being electronically monitored at work by their employers. In 2023, Ontario will require companies to disclose such monitoring, but the legislation doesn’t provide employees with any new rights. Moving past productivity paranoia will require a fundamental shift in how we think about getting work done: project-
based over time-based, outcome over input. The Winnipeg consulting firm Brandish bills clients by the project rather than the hour, while Vancouver’s AltFee, a lawtech startup, makes software that allows law firms—long beholden to the billable hour—to do the same.

And not a pandemic too soon. Three years ago, lockdowns and e-learning forced even the most anti-helicopter parents to activate hover mode. Today, parenting coaches are seeing burned-out moms and dads gravitating to the tried-and-true model of “good enough” parenting. The philosophy, outlined by British pediatrician Donald Winnicott in the 1950s, acknowledges that perfection is impossible and encourages parents not to aim so high. A good-enough approach can help kids build resiliency, learn how to think more flexibly, make risk assessments, solve problems and manage their emotions.

10. Employers will experiment with four-day workweeks

What was once the stuff of Gen X dreams seems that much closer to reality. A non-profit called 4 Day Week Global is running a pilot project with 160 companies across the U.K., North America, Australia and New Zealand—including Canadian organizations such as Toronto marketing agency Praxis, Montreal architecture firm L’Abri, and the Leukemia & Lymphoma Society of Canada—to try out a four-day workweek with no pay cut for employees. Preliminary results are promising: employee happiness is up and stress is down, and 95 per cent of participating companies reported the same or increased levels of productivity. Employers are also having an easier time attracting and retaining talent. As the labour shortage persists, employee experience is a vital part of recruitment packages, which means more Canadians than ever could be saying TGIT in 2023.