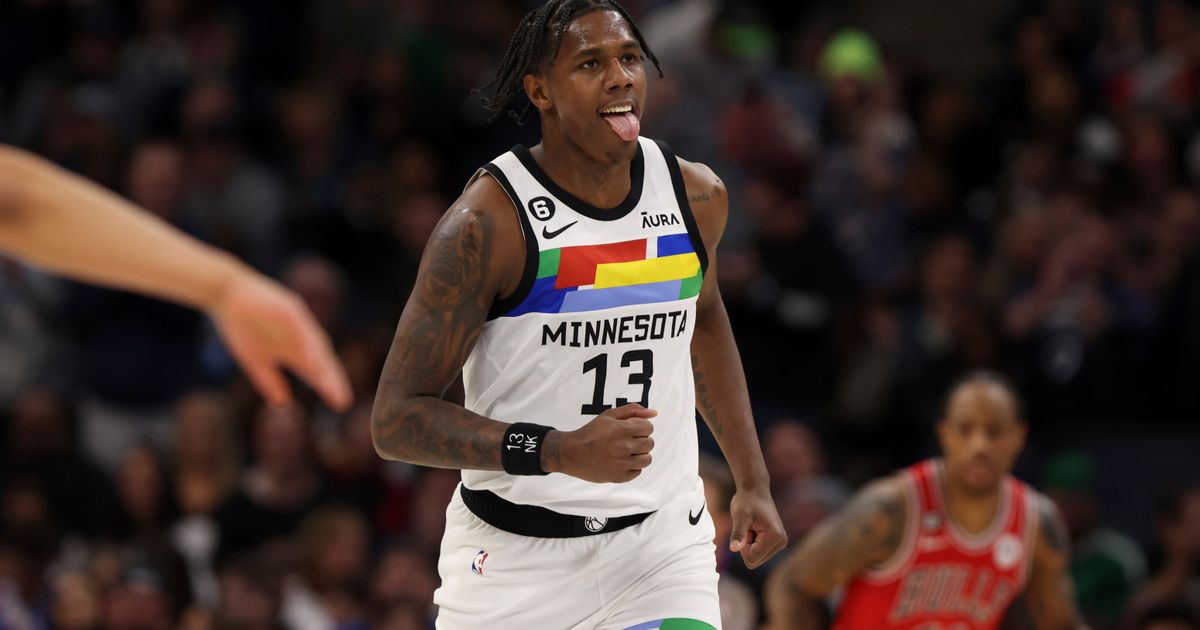 MINNEAPOLIS (AP) — Anthony Edwards had season highs with 37 points and 11 assists and the Minnesota Timberwolves broke the franchise record for points in a game, routing the Chicago Bulls 150-126 on Sunday night.

D’Angelo Russell added 28 points after missing two games and Minnesota made a season-high 23 pointers to roll past Chicago despite missing four regulars.

Edwards scored six points in a 9-1 surge for a 106-89 lead late in the third quarter. But Edwards saved his best shot of the quarter for a buzzer- beater.

With 2.1 seconds left, he stole an inbounds pass on the logo at center court, continued right and made a 32-foot pull-up jumper. As the ball went through the hoop to make it 113-97, Edwards turned to face the crowd and, after a couple of seconds of basking with a huge smile, began to high-five the fans.

Missing the past two games with a left knee contusion, Russell made seven of his eight first-half shots, including 6 of 7 from deep. That included a 34-foot desperation heave from the logo early in the second quarter as the shot clock expired.

Bulls: Vucevic had nine rebounds. … Javonte Green missed the game with right knee soreness. He missed three games earlier this month with right knee pain. … Chicago is 4-11 on the road, including 1-7 against Western Conference opponents.

Timberwolves: Knight scored a season-high 16 points. … Naz Reid, who scored the first 10 Minnesota points, left in the second quarter with trapezius tightness. … Edwards had a steal to extend the NBA’s longest active streak of at least one steal to 16 games.

Bulls: At Miami on Tuesday night.