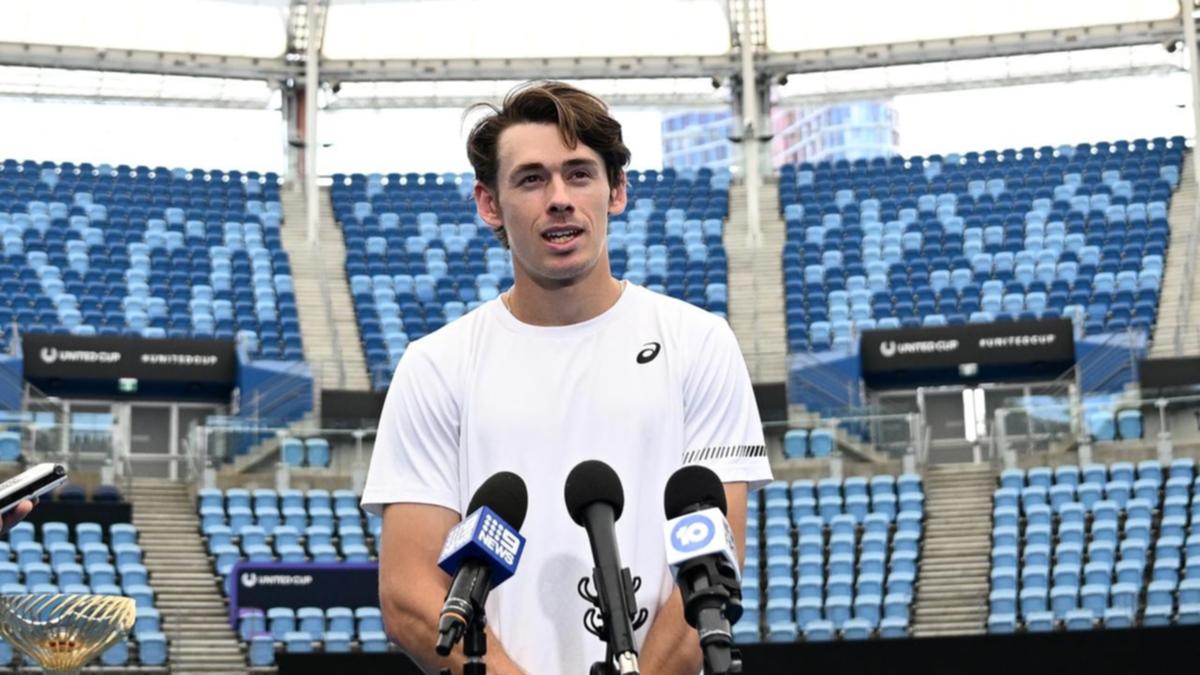 After Ash Barty ended Australia’s 44-year wait for a women’s Australian Open title, Alex de Minaur says it’s about time the local men stepped up and put a stop to their own grand slam drought in Melbourne.

Barty’s retirement following her historic victory means all eyes will be on the men’s draw next month to see who can end a wait for a home-grown male singles winner that stretches back to Mark Edmondson’s 1976 triumph.

World No. 22 Nick Kyrgios and the 24th-ranked de Minaur loom as Australia’s most likely contenders after coming off career-best seasons at the slams.

Kyrgios reached his maiden major final at Wimbledon, while in his most consistent grand slam season yet, 23-year-old de Minaur reached the fourth round at both Melbourne Park and at SW19.

“Hopefully we can follow suit. It would be pretty good to have an Aussie male winner in the new year.

“I’m one of those guys that isn’t really satisfied with where I am right now, I always want more and am trying to get the most out of myself.

“Fourth round isn’t something that satisfies me, I want to get deeper in these tournaments and play against the best in the world.”

De Minaur is riding high after a successful November.

The 2020 US Open quarter-finalist defeated former world No. 1 Daniil Medvedev for the first time at the Paris Masters and helped guide Australia to the final of the Davis Cup last month.

The Sydneysider admits to having just one day off following the loss to Canada as his focus now switches to the newly created United Cup in Sydney next week.

De Minaur and Kyrgios will form part of an Australian side along with Ajla Tomljanovic and Zoe Hives that has been drawn in a pool with Spain and Great Britain.

Each player has a singles rubber, with a mixed doubles pairing set to be a point of difference.

“You can just see what we accomplished this last year by both of us making the Davis Cup final and the Billie Jean King Cup final shows what Australia can do,” de Minaur said.

“When you look at both our teams we don’t have the highest-ranked players but we play with a lot of heart, fight and passion. I think that’s what makes us dangerous.”