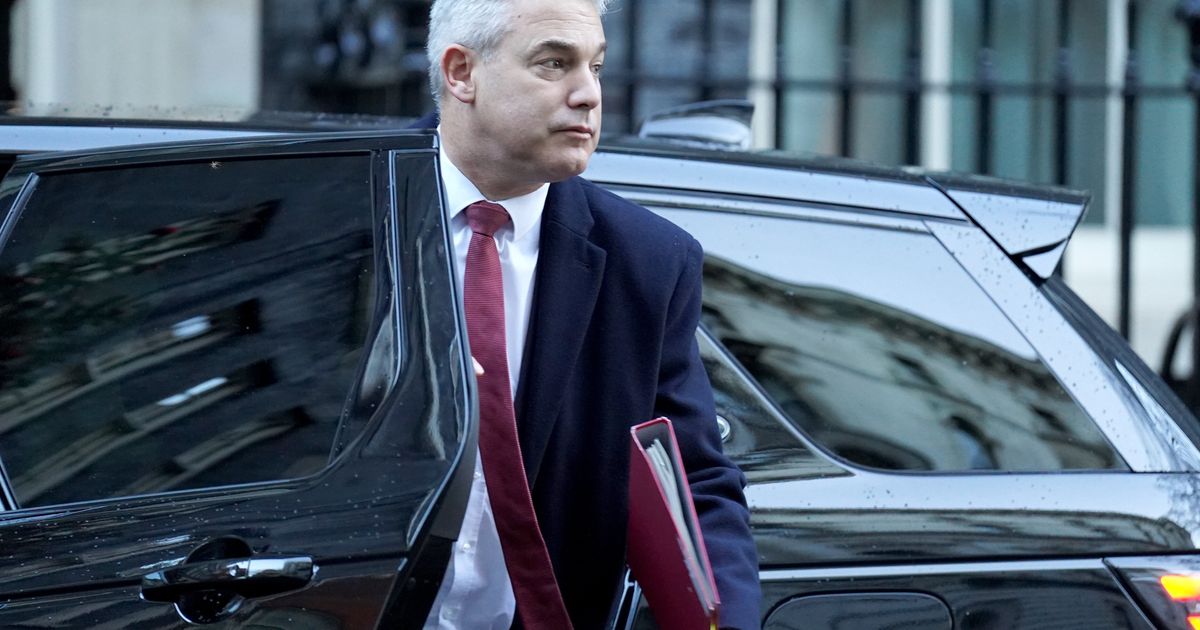 Steve Barclay has been condemned by trade unions after he refused to even discuss improving the pay offer on the table for NHS staff.

Ambulance workers will go on strike tomorrow following “pointless” discussions between the health secretary and union negotiators broke up without agreement.

Meanwhile, the Royal College of Nursing – whose members staged their latest walkout today – warned that further strikes are likely next month unless the government budges on pay.

Ministers have said they are not willing to go further than the awards recommended by the independent pay review bodies.

Speaking after this afternoon’s talks, Onay Kasab of the Unite union said: “The meeting was made entirely pointless by the attitude of Steve Barclay, who refused to discuss pay.

“How he hopes to get movement and resolve the dispute without discussing the key issue is mystifying.

“Not only are they committed to covering emergency calls tomorrow, but our members will immediately leave picket lines if a trust for any reason can’t cope with emergencies,” he said.

That followed health minister Will Quince warning people to avoid “risky activity” tomorrow in case they get injured and no ambulances are available to help them.

Unison general secretary Christina McAnea said Barclay was “sympathetic to ambulance and other health workers but has no room for manoeuvre” on pay.

McAnea added: “His hands are tied apparently… he has to decide where the money goes and it’s not going to staff.

Rachel Harrison, national secretary of the GMB, said: “Instead of meaningful discussions to find a solution to this dispute, all we got was a very brief 30 minutes with the health secretary.

“GMB made clear, as we have throughout, that our door is always open but progress can’t be made unless there are talks about a solution on pay.”

A YouGov poll published today showed that around two-thirds of voters support the strikes by nurses and ambulance workers – highlighting the political danger for the government in refusing to negotiate on pay.

He said: “I’ve acknowledged it is difficult, it’s difficult for everybody, because inflation is where it is. And the best way to help them and help everyone else in the country is for us to get a grip and reduce inflation as quickly as possible.

“And we need to make sure that the decisions that we make can bring about that outcome. Because if we get it wrong and we’re still dealing with high inflation in a year’s time, that’s not going to help anybody.

“I don’t want to see that, I want to see things get back to normal, and that’s why having an independent pay process is an important part of us making those decisions and getting them correct.”