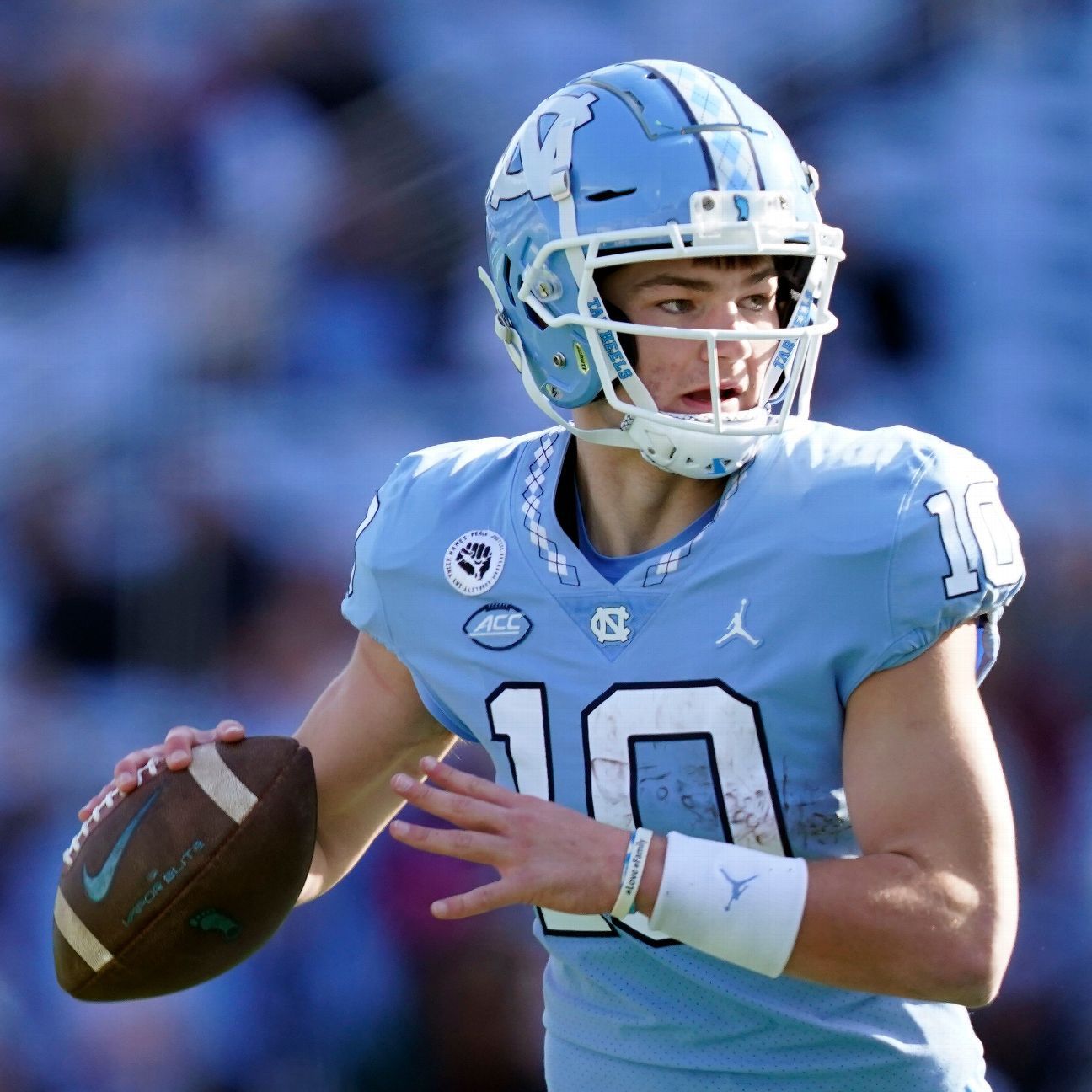 Six months ago, North Carolina redshirt freshman quarterback Drake Maye wasn’t sure if he’d win the starting job at the school. Since then, he has emerged as a projected top NFL draft pick for 2024 and the unwitting face of the free market that has emerged in college football.

In an interview with ESPN on Thursday, Maye reflected on the past few weeks, which included a social media post declaring he was staying at UNC as a way to combat rumors of him entering the transfer portal. Pittsburgh coach Pat Narduzzi stoked the flames by saying this week that two schools offered Maye $5 million to transfer.

“Those rumors weren’t really reality,” he told ESPN. He added: “Pitt’s coach ended up putting that out there. I don’t know what that was about. You have to enter the transfer portal to talk to these schools and hear these offers. For me, I think college football is going to turn into a mess. They’re going to have to do something. There was nothing to me or my family directly offered from any of these other schools. Nothing was said or offered to the Mayes.”

Maye threw for 4,115 yards and 35 touchdowns this year, leading UNC (9-4) to an ACC title game appearance and Holiday Bowl bid.

In the wake of that breakout season, both UNC coach Mack Brown (“a whole lot of money”) and Narduzzi indicated publicly that Maye had big-money offers from other schools. No one has named the schools, but Brown insinuated they were the school’s that typically appear in the recruiting rankings.

Maye agreed to an NIL deal with UNC’s Heels4Life program and denies that he and his family got any offers directly from other schools.

Maye added that he heard of outside interest only “through the grapevine.” He said: “Some people were texting my high school coach about it. That’s mainly what happened, people reached out to some of my representatives and NIL media people.”

Maye’s family has roots burrowed deep into the UNC campus. Both his parents graduated from there and his brother, Luke, hit one of the most famous shots in UNC basketball history in 2017. Drake Maye rooms with another brother, Beau, who is a UNC basketball walk-on.

Maye grew up adoring UNC and said that no other school could give him “that same heartbeat feeling” that UNC does.

“It wouldn’t sit right, especially with all my family…” he said. “Switching it up after everything the Mayes went through wouldn’t represent what the university means to me or how much it means for me to go there. It’d mess up the mojo and all we’ve built there. That Carolina blue is special. There’s no other color in the world that meaningful.”

Maye’s father, Mark Maye, is a former UNC quarterback and worked for UNC football under Mack Brown during his first tenure at the school. Mark Maye said the family never discussed Drake leaving UNC, despite there being “a lot of rumors” of his son entering the NCAA transfer portal.

“North Carolina was where he wanted to be,” Mark Maye told ESPN. “He never mentioned anything, ever, about wanting to see what’s out there or anything like that.”

Maye’s NIL deal with UNC’s Heels4Life program includes monetary incentives and is also expected to have a charitable component. Maye said he has done work locally with the Ronald McDonald House and Table NC, which delivers healthy food to local children. He has interest in doing charity work in his home area of Charlotte.

Graham Boone, the Heels4Life executive director, said that Maye stressed to him that deals be available for his teammates. He said the deal with the Maye was “not a negotiation” but more of an “offer of our committed support to him.”

“We stepped up to the plate to be sure UNC was the best place for him,” Boone said. “We wanted to make sure he had no interest in going anywhere else. Like Coach Brown said, he turned down a lot of money [elsewhere]. That doesn’t mean Heels4Life didn’t step up with a very, very fair amount.”

Maye said that his affinity for UNC won out.

“Sadly, I think money is becoming a reason why kids go places,” he said. “Where I’m playing at and with and for Coach Brown, just that Carolina blue outweighs the money part of it. I don’t think any amount of money from whatever school [would sway me]. Nowadays, people are signing for NIL. It puts a lot of pressure on those kids. If I were to transfer out and go somewhere, it wouldn’t be the same.”

Maye’s return for UNC will mean one of the most hyped seasons in years, as he has a chance to become the program’s first No. 1 overall NFL draft pick. It’s expected that there will be a season-long debate in 2023 between Maye and USC’s Caleb Williams, the returning Heisman Trophy winner, for the NFL draft’s top spot in 2024.

For now, acknowledging there’s potential roster fluidity, UNC projects to return 17 of 22 starters. For Boone and Heels4Life, they see retaining Maye and delivering deals to his teammates as a way to capitalize on the momentum. He pointed out that UNC has “been on the precipice” of being a national program a number of times in history. “Drake represents a renewed interest from our fan base,” he said, “that we can take that last step.”

He said that Lindsey is likely to bring aspects of UCF’s run game, which should help bolster UNC’s red zone effectiveness. (UNC ranks No. 58 in the FBS in red zone touchdowns.) He’s excited that Lindsey has worked to develop NFL quarterbacks Jarrett Stidham and Nick Mullens at previous stops at Auburn and Southern Miss.

“It’s been a blast getting to know him,” Maye said. “He seems awesome.”

Maye put out an Instagram post in early December to announce he was returning, a way he said to counter “rumors and speculation” about him leaving. When summing up the past month, he chuckled.

“Really, not that much went down,” he said. “There was speculation and an Instagram post and a head coach said [I] turned down this amount of money that I’d never heard of. That’s basically the gist.”