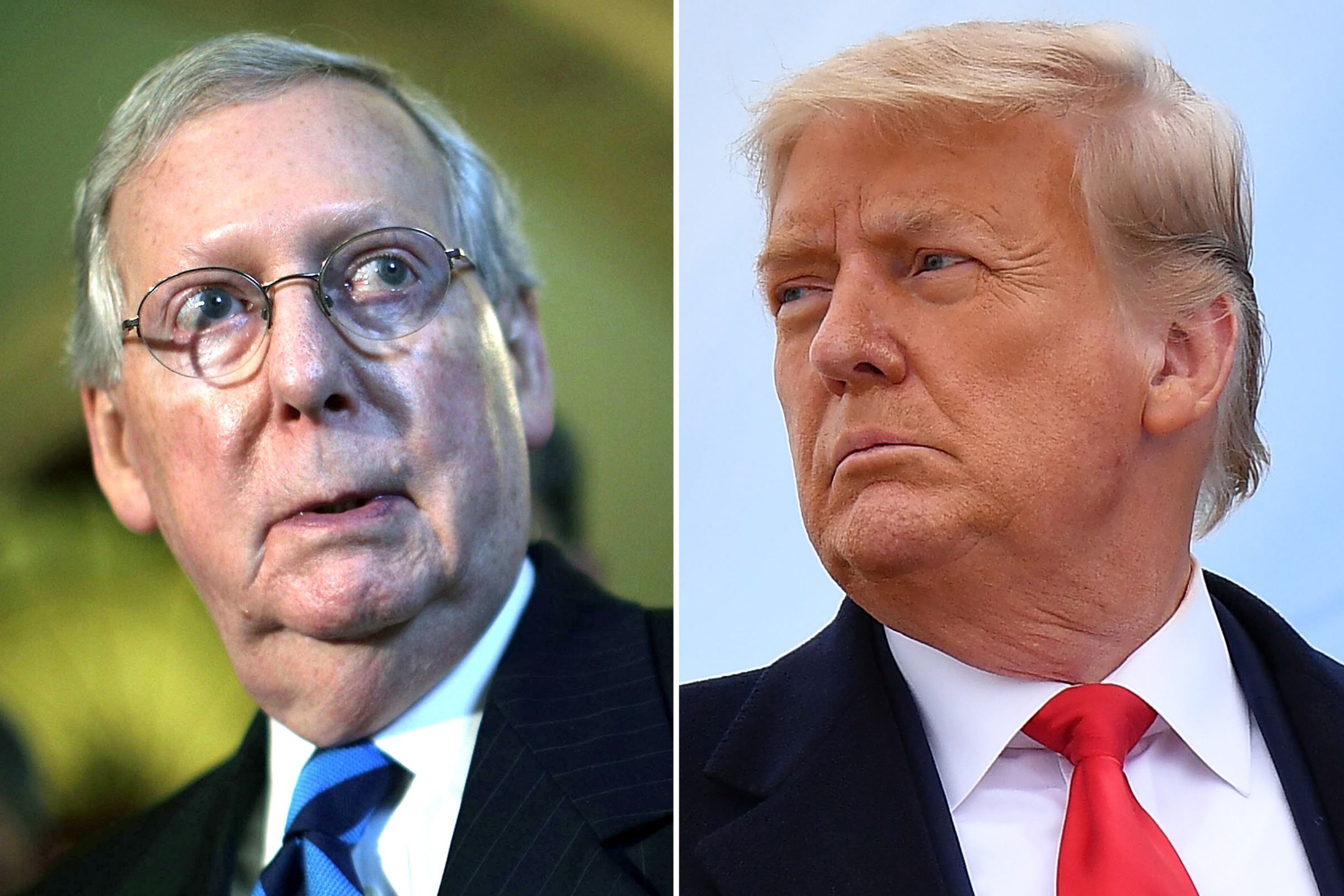 Senate Minority Leader Mitch McConnell laid blame on former President Donald Trump and a segment of his base for critical losses in key states during last month’s midterm elections.

McConnell told NBC News on Wednesday that Republicans failed to take the Senate due to Trump’s hand-picked candidates, and promised to back “quality candidates” in the 2024 primaries. He also said Trump’s “political clout has diminished.”

“We lost support that we needed among independents and moderate Republicans, primarily related to the view they had of us as a party—largely made by the former president—that we were sort of nasty and tended toward chaos,” McConnell said.

“And oddly enough, even though that subset of voters did not approve of President Biden, they didn’t have enough confidence in us in several instances to give us the majority we needed.”

The long-serving senator also said the GOP underperformed in “every state,” including in Ohio, where J.D. Vance won by a narrower margin than anticipated. Losses in Arizona, New Hampshire and Georgia were deemed “fatal.”

Trump has not responded to McConnell’s comments, though he did post a link on Truth Social to a Washington Examiner article regarding the minority leader and his continued support for aid to Ukraine.

Other conservatives, including members of Congress and pundits, have followed suit in recent days to call for McConnell to better prioritize in anticipation of the passing of themassive omnibus spending bill.

Aside from Trump, one of McConnell’s largest adversaries in his own party has become Senator Rick Scott of Florida. Scott, who chaired the National Republican Senatorial Committee, predicted prior to November’s midterms that the GOP would end up with at least 52 Senate seats.

When that did not come to fruition, Scott challenged McConnell’s leadership position less than two weeks after Republicans realized they would again be the minority for another two years.

“[Republican voters] are begging us to tell them what we will do when we are in charge,” Scott wrote in a letter handed out to fellow Republican senators on November 15. “Unfortunately, we have continued to elect leadership who refuses to do that and elicits attacks on anyone that does. That is clearly not working and it’s time for bold change. The voters are demanding it.”

One day later, Republican senators voted 37-10 to reelect McConnell as the leader of the conference. Among those who sided with Scott were Senators Ted Cruz, Josh Hawley, Lindsey Graham and Ron Johnson.

Scott was supported by none other than Trump himself.

“I think Rick Scott would be much better than McConnell,” Trump said at the time. “I know McConnell well. His wife, I call her CoCo Chao. I wasn’t sad to see her go. I’m not a fan of McConnell and I am a fan of Rick Scott.”

Newsweek reached out to Trump, McConnell, Scott and the NRSC for comment.