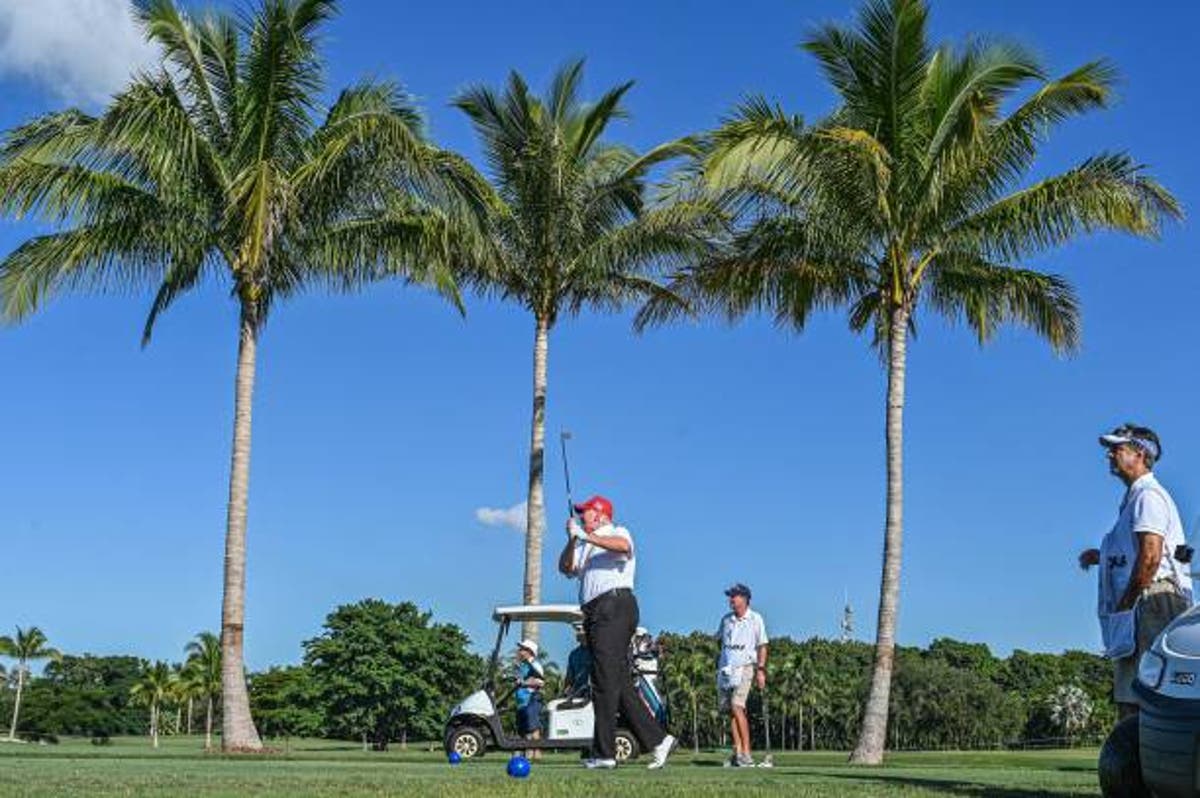 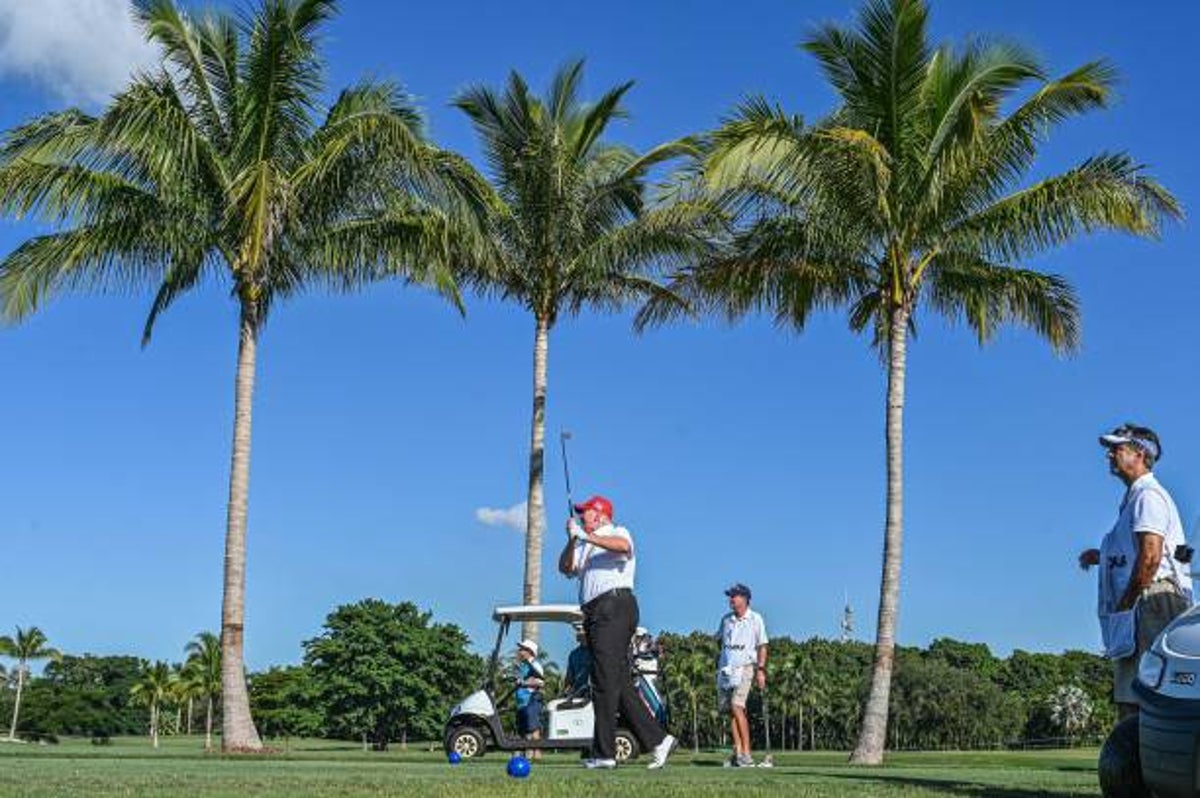 Sportswriter and author Rick Reilly has criticised Donald Trump as a “cheat” after the golf-loving former president claimed victory in a competitive tournament earlier this week – despite missing the first day.

He declared that it was “a great honour” to have won the tournament “[at] one of the best courses in the country”.

“Competed against many fine golfers and was hitting the ball long and straight. The reason that I announce this on fabulous TRUTH is that, in a very real way, it serves as a physical exam, only MUCH tougher.”

But Mr Trump’s victory claim came despite the fact that he missed the first round of the tournament to attend the funeral of Ineitha Lynnette Hardaway, popularly known as Diamond from the vlogging duo Diamond and Silk.

Taking a dig at his championship victory, Reilly – who has written an entire book about Mr Trump’s golfing exploits – asked on Twitter: “How could Trump ‘win’ a 2-day championship at his course in [Florida] this weekend when he spent most of Saturday at a funeral in [North Carolina]? Same way he’s won all of his tourneys. He lies. He scams. He cons.”

“He complained, ‘I’ve got a lot of people waiting for me back in a place called Palm Beach, FL’,” Reilly wrote, adding, “Guy can’t even con right anymore.”

Accusing the former president of “cheat[ing] like a four-year-old at Monopoly”, the journalist wrote that Mr Trump has claimed victory in 21 golf championships but “never by shooting the documented best score”.

This is not the first time that the former Sports Illustrated journalist accused Mr Trump of cheating.  He had made similar claims in his book Commander in Cheat: How Golf Explains Trump.

“To say ‘Donald Trump cheats’ is like saying ‘Michael Phelps swims’,” he wrote in his 2019 book.

A report by the Daily Mail quoted club insiders as saying Mr Trump only played the Sunday round of the Palm Beach tournament and started that day with a five-point lead ahead of the best performer from Saturday. Mr Trump reportedly told the organisers he had played a strong round on Thursday and that would count as his Saturday score.

A spokesperson for Mr Trump did not confirm or deny those reports but confirmed the former president’s Saturday attendance at Diamond’s funeral, some 700 miles away from the golf tournament. Steven Cheung told the Daily Beast: “In addition to being an excellent golfer, President Trump is an even better human being. He was honoured to be in North Carolina on Saturday to celebrate the life of Diamond, a remarkable individual whose legacy will continue to live on.”