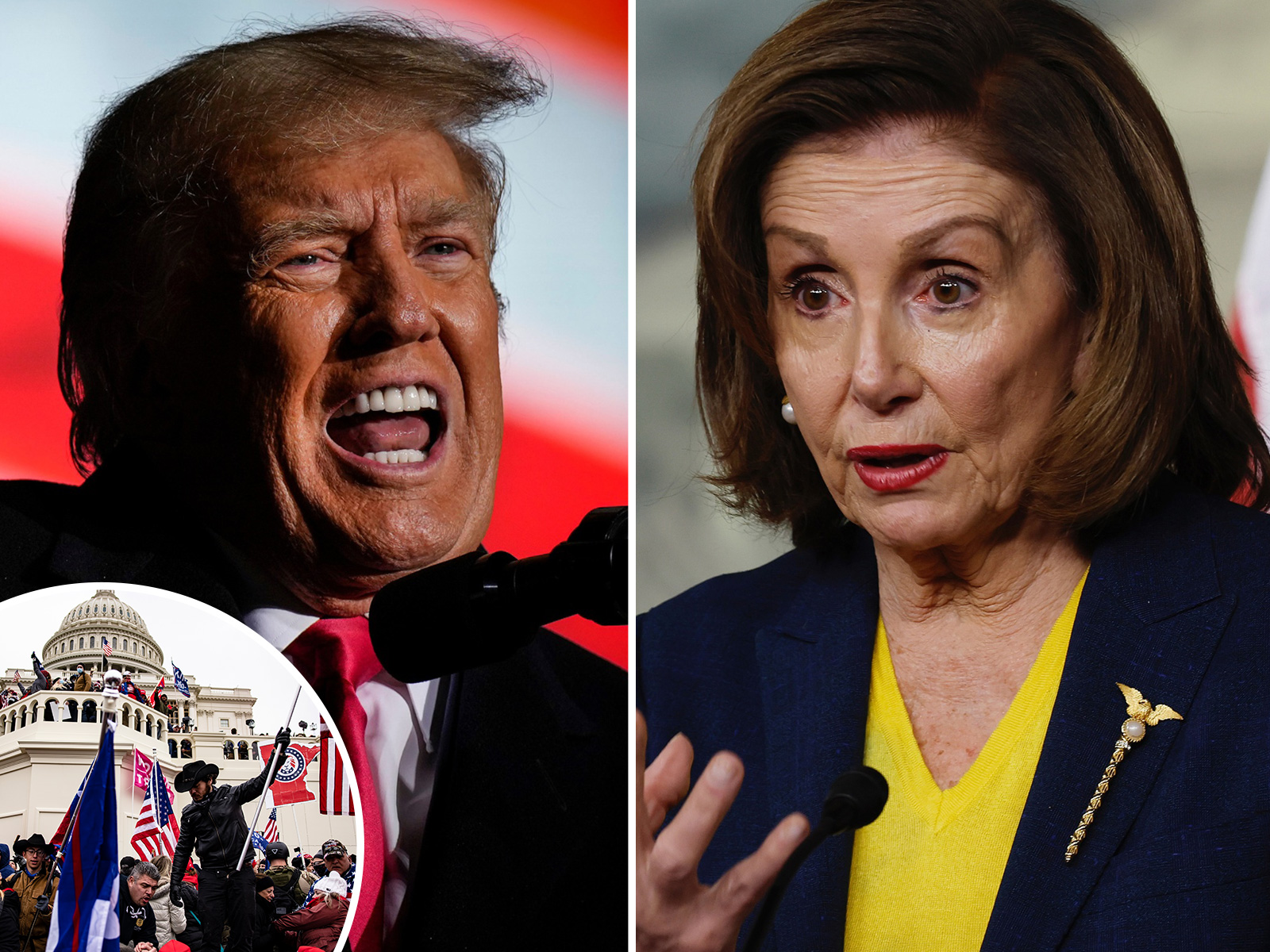 Former President Donald Trump has lashed out at Speaker of the House Nancy Pelosi following the release of the House January 6 committee’s final report.

The panel investigating the deadly January 6, 2021, siege on the U.S. Capitol released the final report Thursday evening. The report says that Trump was the “central cause” of the attack, with the former president having launched “a multipart plan to overturn the 2020 presidential election.”

Trump denounced the 845-page document as a “highly partisan” aspect of a political “witch hunt” almost immediately after it was released. He repeated his false claims of massive fraud in the 2020 election, which he argued was the cause of “the protest.”

The former president also claimed that Pelosi had ignored his “recommendation for troops to be used” in Washington, D.C., on January 6, while arguing that he had insisted his supporters act “peacefully” before they stormed the Capitol.

“The highly partisan Unselect Committee Report purposely fails to mention the failure of Pelosi to heed my recommendation for troops to be used in D.C., show the ‘Peacefully and Patrioticly’ [sic] words I used, or study the reason for the protest, Election Fraud,” Trump said in a post to Truth Social. “WITCH HUNT!”

Although Trump and his allies have repeatedly claimed that he requested troops to protect the Capitol on January 6, there are no records that indicate the former president actually made the request, according to PolitiFact.

Multiple Trump administration officials testified to the January 6 committee that they never heard the former president make a request for troops before or during the attack.

In addition, no evidence has been presented to indicate Pelosi, who is stepping down from Democratic leadership after Republicans take control of the House on January 3, had turned down the supposed request.

Drew Hammill, deputy chief of staff for Pelosi, told The Dispatch that the claim was “fiction” in October, while explaining that the speaker “does not have the power to block an order from the commander in chief.”

According to the January 6 committee’s final report, Paul Irving, who was then serving as the House sergeant-at-arms, told then-Capitol Police Chief Steven Sund that he did not “like the optics” of calling in the National Guard.

Sund later briefed House Administration Committee Chair Zoe Lofgren, who asked about the National Guard. Lofgren was assured that the situation was under control without the Guard but troops “could be activated with an emergency declaration” from the Capitol Police board.

According to the report, no similar briefing was given to Pelosi. Her chief of staff said that she was “told that there was a plan” and “believed the security professionals were in charge of the security and they were prepared.”

Trump’s reference to his use of the word “peacefully” recalls his speech to supporters at the Ellipse on January 6, just before the riot took place, when he urged the crowd to march to the Capitol to “peacefully and patriotically make your voices heard.”

The former president also told those attending the speech to “demand that Congress do the right thing,” “fight like hell” and “show strength” because “you will never take back our country with weakness.”

On Monday, the January 6 committee recommended that the Department of Justice charge Trump with four crimes in the Capitol attack, including insurrection, which could legally block him from holding office again.

Newsweek has reached out to the office of Pelosi for comment.