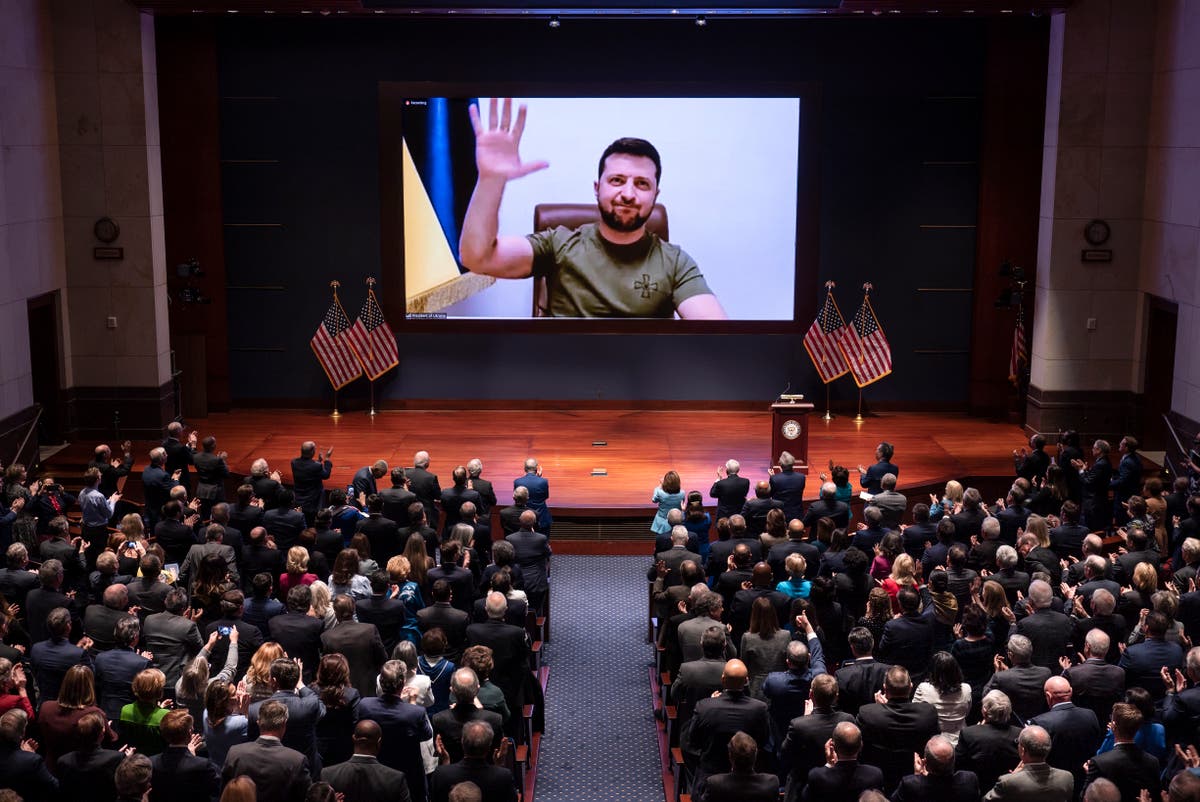 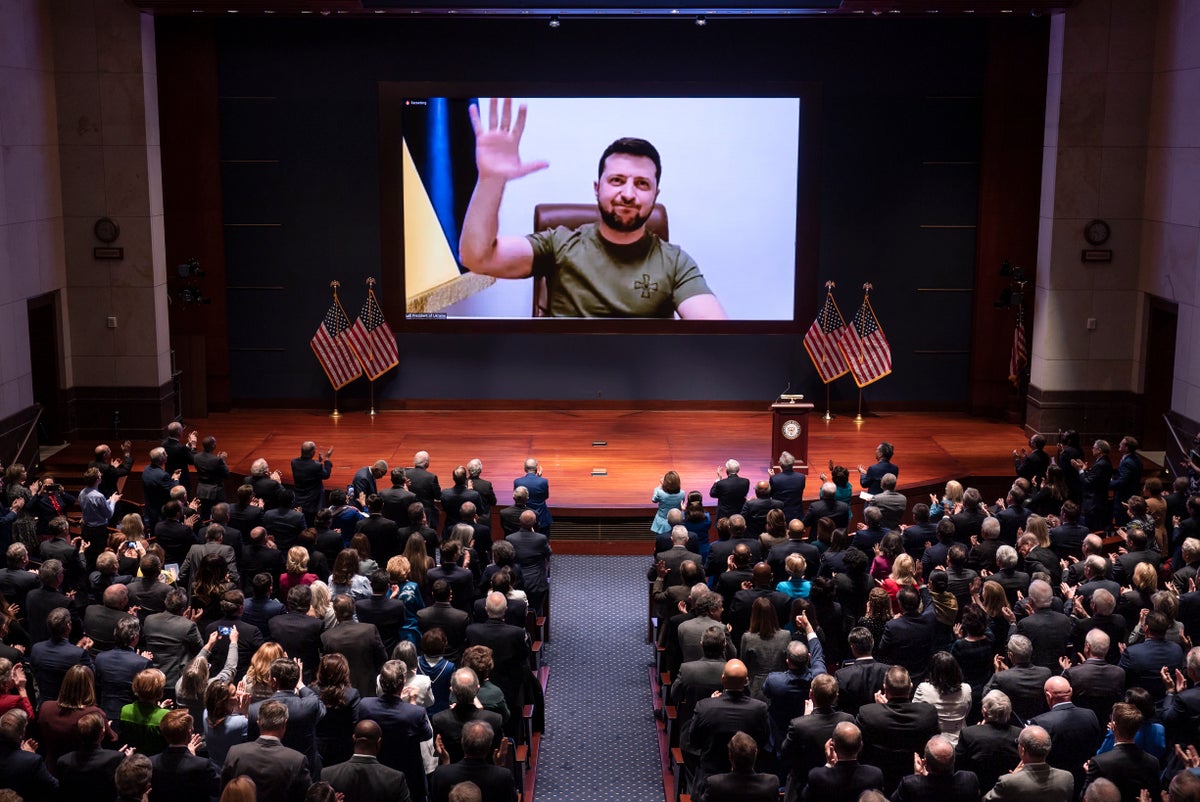 His plans to travel to Washington were a closely-guarded secret and were first announced late Tuesday afternoon. Ms Pelosi, in a separate letter to members of the House, wrote that the lower chamber would hold a “focus on Democracy” to mark the end of the 117th Congress.

As such, Mr Zelensky’s address will mark the end of Democratic control of the House of Representatives, as lawmakers will soon return home for the holidays until the next Congress is sworn in. It will be the first visit of the Ukrainian leader to the US Capitol in person since the Russian invasion of his country began earlier this year.

“As you know, tomorrow we are scheduled to resume session to complete our business for the year. I am following up on the Leader’s notice of the schedule by encouraging all Members to be physically present at our session Wednesday night,” wrote Ms Pelosi in her letter.

“We are ending a very special session of the 117th Congress with legislation that makes progress for the American people as well as support for our Democracy. Please be present for a very special focus on Democracy Wednesday night,” she concluded.

The address by Mr Zelensky comes as a number of Republicans have voiced opposition to what they call a blank check for arms and other shipments of aid to Ukraine supposedly at the expense of support for American taxpayers. Given the razor-thin Republican majority set to take control next month, their voices could become problematic for their party’s leadership as efforts by the US Congress to support Ukraine continue.

Mr Zelensky’s arrival in Washington was likely only announced late on Tuesday due to the security concerns surrounding his movement. Despite (or perhaps because of) the continued success of Ukraine in its defence against a Russian invasion, Mr Zelensky and his family are thought to remain under constant threat of assassination.

The Ukrainian leader previously addressed Congress remotely in March; at the time he was denounced as a “thug” by one far-right congressman aligned with Donald Trump, Madison Cawthorn, who has since lost his primary and is set to exit the House following Wednesday’s event.

His visit to the US is believed to be his first trip outside Ukraine since Russia launched its invasion on 24 February this year.