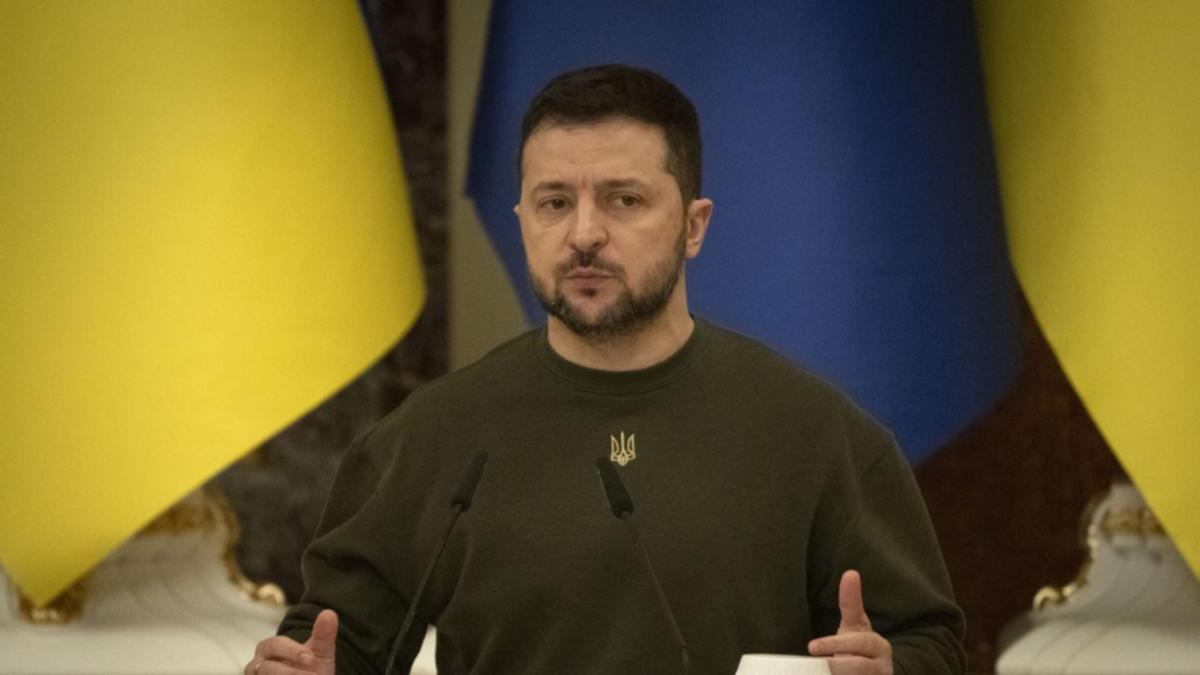 Ukraine has dismissed more than a dozen senior officials including governors of several major battlefield provinces in the biggest shake-up of its wartime leadership since Russia’s invasion last year.

Separately on Tuesday, a long-awaited decision on whether allies could send German-made heavy tanks to Ukraine finally confronted officials in Germany after Poland said it had formally sent its request to the German government.

Among Ukrainian officials who resigned or were dismissed on Tuesday were the governors of the Kyiv, Sumy, Dnipropetrovsk, Kherson and Zaporizhzhia regions.

Kherson, Zaporizhzhia and adjacent Dnipropetrovsk are frontline provinces now; Kyiv and Sumy were major battlefields earlier in the war.

A deputy defence minister, a deputy prosecutor, a deputy head of President Volodymyr Zelenskiy’s office and two deputy ministers responsible for regional development were among the others who left.

Some, although not all, had been linked with corruption allegations.

Ukraine has a history of graft and shaky governance, and is under international pressure to show it can be a reliable steward of billions of dollars in foreign aid.

“There are already personnel decisions – some today, some tomorrow – regarding officials at various levels in ministries and other central government structures, as well as in the regions and in law enforcement,” Zelenskiy said in an overnight video address.

Zelenskiy aide Mykhailo Podolyak tweeted: “The president sees and hears society. And he directly responds to a key public demand – justice for all.”

The purge came two days after a deputy infrastructure minister was arrested and accused of siphoning off $US400,000 ($A569,785) from contracts to buy generators – one of the first big corruption scandals to become public since the war began 11 months ago.

The prosecutor’s office gave no reason for the sacking of Deputy Prosecutor General Oleksiy Symonenko, who had been under fire in Ukrainian media for taking a holiday in Spain.

Although Zelenskiy did not name any officials in his address, he announced a new ban on officials holidaying abroad.

He had helped run the president’s 2019 election campaign and more recently had a role in overseeing regional policy.

The changes amount to a rare shake-up of an otherwise notably stable wartime leadership in Kyiv.

Apart from purging a spy agency in July, Zelenskiy has mostly stuck with his team, built around fellow political novices the former television actor brought into power when he was elected in a landslide in 2019.

Poland’s announcement that it had officially asked for Germany’s permission to export German-made tanks to Ukraine appears to leave German Chancellor Olaf Scholz little room to continue putting off a decision in the main debate among allies over how best to support Ukraine.

“I hope that this answer from Germany will come quickly, because the Germans are delaying, dodging, acting in a way that is difficult to understand,” Polish Prime Minister Mateusz Morawiecki told a news conference.

“We can see that they do not want to help Ukraine defend itself in a wider way.”

A German government spokesperson said: “We will treat the proceedings with the urgency they deserve.”

Ukraine has pleaded for months for foreign tanks, which its says it desperately needs to give its forces the firepower and mobility to break through Russian defensive lines and recapture occupied territory in the east and south.

Scholz’s Social Democrats have held back, wary of moves that could spur Russia to escalate the war, and what they see as a risk of the NATO military alliance being drawn into the conflict.