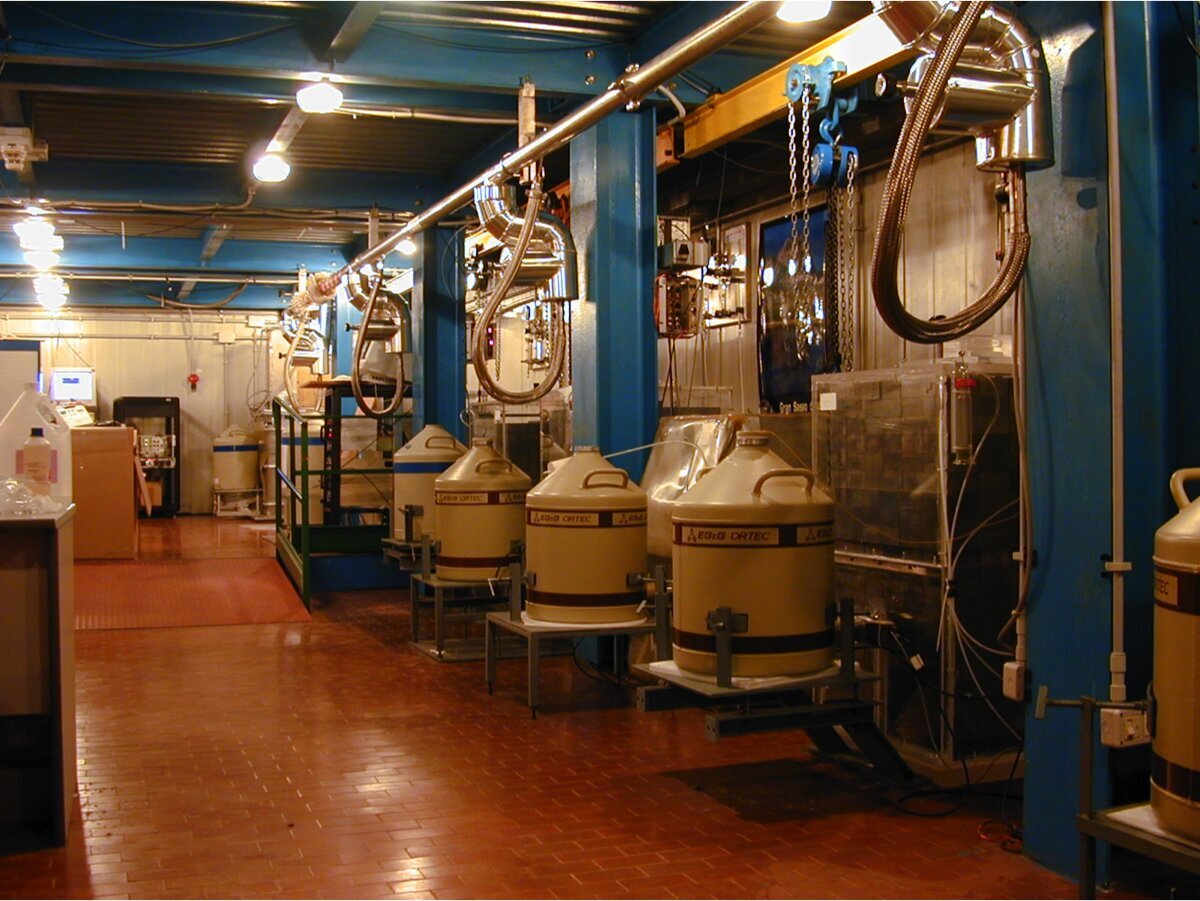 For decades, physicists have been hunting for a quantum-gravity model that would unify quantum physics, the laws that govern the very small, and gravity. One major obstacle has been the difficulty in testing the predictions of candidate models experimentally. But some of the models predict an effect that can be probed in the lab: a very small violation of a fundamental quantum tenet called the Pauli exclusion principle, which determines, for instance, how electrons are arranged in atoms.

A project carried out at the INFN underground laboratories under the Gran Sasso mountains in Italy, has been searching for signs of radiation produced by such a violation in the form of atomic transitions forbidden by the Pauli exclusion principle.

In two papers appearing in the journals Physical Review Letters (published on September 19, 2022) and Physical Review D (accepted for publication on December 7, 2022) the team reports that no evidence of violation has been found, thus far, ruling out some quantum-gravity models.

In school chemistry lessons, we are taught that electrons can only arrange themselves in certain specific ways in atoms, which turns out to be due to the Pauli exclusion principle. At the center of the atom there is the atomic nucleus, surrounded by orbitals, with electrons. The first orbital, for instance, can only house two electrons. The Pauli exclusion principle, formulated by Austrian physicist Wolfang Pauli in 1925, says that no two electrons can have the same quantum state; so, in the first orbital of an atom the two electrons have oppositely pointing “spins” (a quantum internal property usually depicted as an axis of rotation, pointing up or down, although no literal axis exists in the electron).

The happy result of this for humans is that it means matter cannot pass through other matter. “It is ubiquitous—you, me, we are Pauli-exclusion-principle-based,” says Catalina Curceanu, a member of the physics think-tank, the Foundational Questions Institute, FQXi, and the lead physicist on the experiments at INFN, Italy. “The fact we cannot cross walls is another practical consequence.”

The principle extends to all elementary particles belonging to the same family as electrons, called fermions, and has been derived mathematically from a fundamental theorem known as the spin-statistics theorem. It has also been confirmed experimentally—thus far—appearing to hold for all fermions in tests. The Pauli exclusion principle forms one of the core tenets of the standard model of particle physics.

But some speculative models of physics, beyond the standard model, suggest that the principle may be violated. For decades now, physicists have been searching for a fundamental theory of reality. The standard model is terrific at explaining the behavior of particles, interactions and quantum processes on the microscale. However, it does not encompass gravity.

So, physicists have been trying to develop a unifying theory of quantum gravity, some versions of which predict that various properties that underpin the standard model, such as the Pauli exclusion principle, may be violated in extreme circumstances.

“Many of these violations are naturally occurring in so-called ‘noncommutative’ quantum-gravity theories and models, such as the ones we explored in our papers,” says Curceanu. One of the most popular candidate quantum-gravity frameworks is string theory, which describes fundamental particles as tiny vibrating threads of energy in multidimensional spaces. Some string theory models also predict such a violation.

“The analysis we reported disfavors some concrete realizations of quantum gravity,” says Curceanu.

It is traditionally thought to be hard to test such predictions because quantum gravity will usually only become relevant in arenas where there is a huge amount of gravity concentrated into a tiny space—think of the center of a black hole or the beginning of the universe.

However, Curceanu and her colleagues realized that there may be a subtle effect—a signature that the exclusion principle and the spin-statistics theorem have been violated—that could be picked up in lab experiments on Earth.

Deep under the Gran Sasso mountains, near the town of L’Aquila, in Italy, Curceanu’s team is working on the VIP-2 (Violation of the Pauli Principle) lead experiment. At the heart of the apparatus is a thick block made of Roman lead, with a nearby germanium detector that can pick up small signs of radiation emanating from the lead.

The idea is that if the Pauli exclusion principle is violated, a forbidden atomic transition will occur within the Roman lead, generating an X-ray with a distinct energy signal. This X-ray can be picked up by the germanium detector.

The lab must be housed underground because the radiation signature from such a process will be so faint, it would otherwise be drowned out by the general background radiation on Earth from cosmic rays. “Our laboratory ensures what is called ‘cosmic silence,’ in the sense that the Gran Sasso mountain reduces the flux of cosmic rays by a million times,” says Curceanu. That alone is not enough, however.

“Our signal has a possible rate of just one or two events per day, or less,” says Curceanu. That means that materials used in the experiment must themselves be “radio-pure”—that is, they must not emit any radiation themselves—and the apparatus must be shielded from radiation from the mountain rocks and radiation coming from underground.

“What is extremely exciting is that we can probe some quantum-gravity models with such a high precision, which is impossible to do at present-day accelerators,” says Curceanu.

In their recent papers, the team reports having found no evidence for violation of the Pauli principle. “FQXi-funding was fundamental for developing the data analysis techniques,” says Curceanu. This allowed the team to set limits on the size of any possible violation and helped them constrain some proposed quantum-gravity models.

In particular, the team analyzed the predictions of the so-called “theta-Poincaré” model and were able to rule out some versions of the model to the Planck scale (the scale at which the known classical laws of gravity break down). In addition, “the analysis we reported disfavors some concrete realizations of quantum gravity,” says Curceanu.

The team now plans to extend its research to other quantum-gravity models, with their theoretician colleagues Antonino Marcianò from Fudan University and Andrea Addazi from Sichuan University, both in China. “On the experimental side, we will use new target materials and new analysis methods, to search for faint signals to unveil the fabric of spacetime,” says Curceanu.

“What is extremely exciting is that we can probe some quantum-gravity models with such a high precision, which is impossible to do at present-day accelerators,” Curceanu adds. “This is a big leap, both from theoretical and experimental points of view.”

This document is subject to copyright. Apart from any fair dealing for the purpose of private study or research, no
part may be reproduced without the written permission. The content is provided for information purposes only.