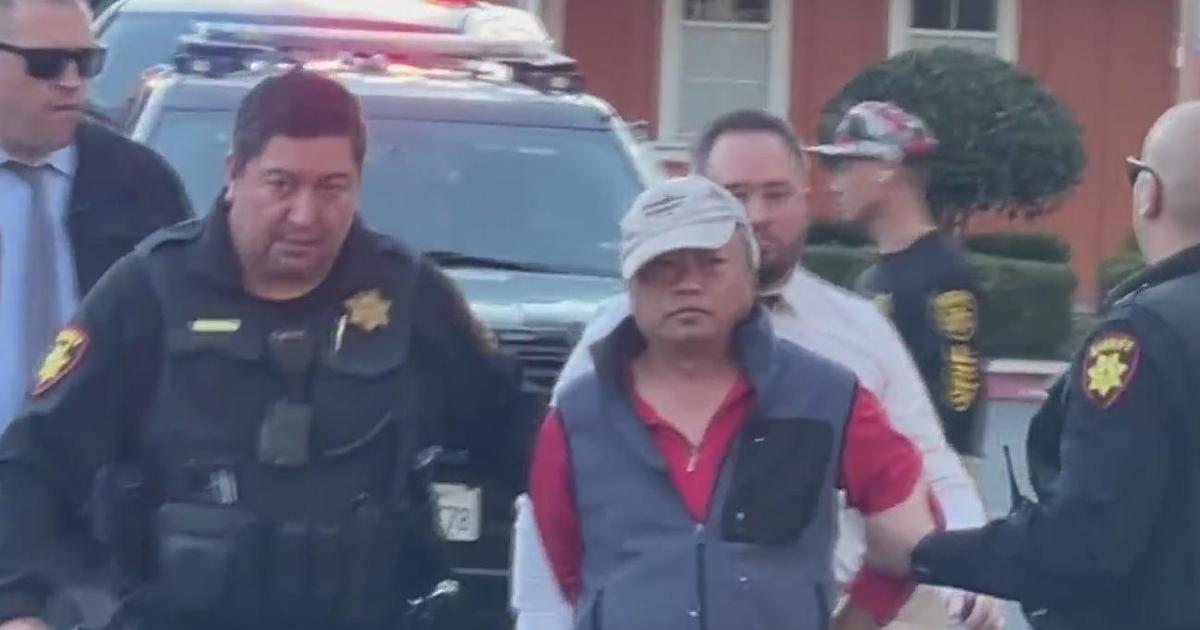 HALF MOON BAY — Authorities in Half Moon Bay confirmed seven people were killed and one was critically wounded in a mass shooting Monday afternoon, and a suspect is in custody after turning himself in to the San Mateo County Sheriff.

San Mateo County Sheriff’s deputies were dispatched at 2:22 p.m. to the Magic Mushroom Farm at 12761 San Mateo Road/Highway 92 in unincorporated San Mateo County on a report of a shooting with multiple victims.

Deputies then raced to second shooting scene — this one at a mushroom farm located at 2125 Cabrillo Highway S./Highway 1. Three other deceased victims were found there a short time later, the sheriff’s office said.

While it was not clear yet how the two businesses might be connected, the suspect was described as a disgruntled employee who worked at one of the farms. The victims were all believed to be workers, authorities said.

A view from above the mushroom farm showed deputies and law enforcement personnel gathered outside one of many greenhouses at the site. What appeared to be a body under a yellow tarp was visible at the entrance to one of the greenhouses.

During the police response to the shooting, the sheriff’s office said a media staging would be located at a substation at 537 Kelly Ave. At around 4:40 p.m., a man wearing a white baseball-style cap was seen being led away from the substation in handcuffs.

According to the sheriff’s office, the suspect in the shootings drove himself to the substation located between the two businesses and surrendered to deputies.

He was identified as 67-year-old Zhao Chunli, a Half Moon Bay resident. The weapon used in the shootings was found in Chunli’s vehicle, the sheriff’s office said.

Authorities later confirmed they believed the weapon — a semiautomatic rifle — was the only weapon used in the shooting, but could not confirm whether it was obtained legally.

A family reunification center has been set up at the IDES Hall at 735 Main St. in Half Moon Bay. The hall is also providing shelter to those families who live in residences that are too close to the crime scenes to allow them to return home.

Authorities told CBS News Bay Area that all of the shooting victims were adults, but noted that children were present at the time of at least one of the shooting scenes.

While no information had been provided by the San Mateo County coroner’s office regarding the identities of the people who lost their lives in the shooting as of late Monday night, one woman confirmed she lost her partner in the deadly incident.

Alicia Ortega told KPIX her partner worked as a manager at the mushroom farm at 2125 Cabrillo Highway near Highway 1.

Her worst nightmare became a reality Monday evening. Ortega confirmed that her partner, Martin Martinez, was one of the people fatally shot inside the mushroom farm. His coworker told her he witnessed the crime.

“The morning, when he go to work, is the last time,” Ortega said of the last words she spoke with him.

No motive has been announce in the deadly shooting. The incident comes only two days after a mass shooting in Monterey Park after a Lunar New Year Festival Saturday night that left 10 people dead and injured 10 more people.

On Sunday, around 11 a.m., Torrance police and Los Angeles County sheriff’s deputies surrounded a white van described as a vehicle of interest at Hawthorne and Sepulveda Boulevards near Del Amo Mall, about 30 miles south of Monterey Park.

The sheriff’s department said the suspect shot and killed himself inside the van. Detectives found evidence in the van, including a gun, linking him to both locations. No further suspects were sought.

Investigators identified the shooter as 72-year-old Huu Can Tran.

On Monday, an 11th person died from “their extensive injuries,” according to an announcement from LAC+USC Medical Center.

Nestled along the Northern California coastline, Half Moon Bay is a quiet agricultural bedroom community most famous for its annual pumpkin festival and the Mavericks big wave surfing competition.

Gov. Gavin Newsom tweeted about the latest mass shooting in California, saying he was visiting victims from the Monterey Park shooting in the hospital when he was pulled away and told about what happened in Half Moon Bay.

“Tragedy upon tragedy,” the governor tweeted.

White House Press Secretary Karine Jean-Pierre tweeted that President Biden had been briefed on the deadly shooting and “has asked federal law enforcement to provide any necessary assistance to the local authorities.” The FBI confirmed it is assisting the San Mateo County Sheriff’s Office with “investigative and forensic resources.”

“This is an enormous tragedy. When any of us think of Half Moon Bay, it’s always a happy, pleasant thought. It’s the home of the pumpkin festival. It’s the Mavericks surfing competition. But today it’s murder. Seven precious lives lost,” Rep. Anna Eshoo (D-Palo Alto) said in an interview with CBS News Bay Area. “We don’t understand why. We are grateful the sheriff’s department has the suspect in custody. But this is the shattering of the lives of seven families and it’s my understanding that one person has been taken to Stanford Medical Center for treatment and I understand it’s serious.”

Eshoo also said officials are bringing in Chinese and Spanish interpreters to communicate with the families of the victims in Half Moon Bay.

“We are sickened by today’s tragedy in Half Moon Bay,” Dave Pine, president of the San Mateo County Board of Supervisors, said in a statement. “We have not even had time to grieve for those lost in the terrible shooting in Monterey Park. Gun violence must stop.”