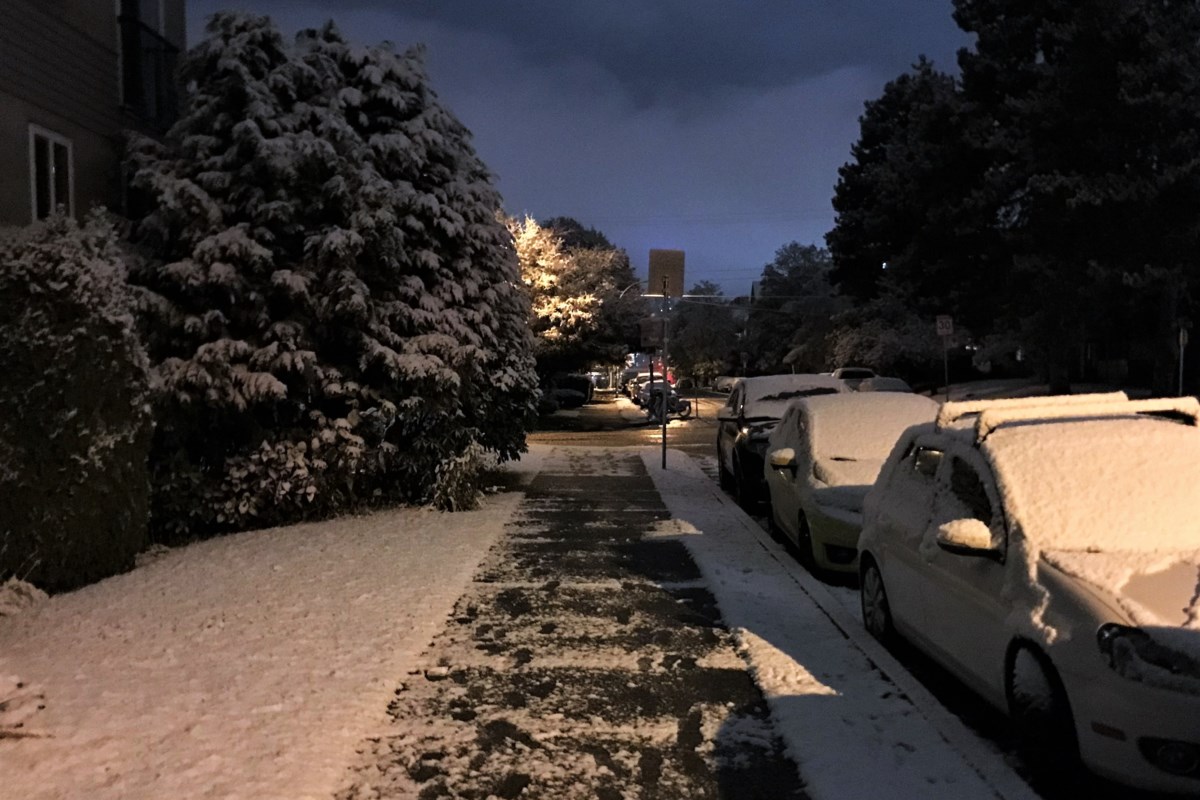 Vancouverites who were up early (or late) got to experience an unusual moment.

The unusual weather event is essentially a thunderstorm that replaces the rain with snow says Environment Canada meteorologist Ross Macdonald. The federal agency officially observed it over Vancouver and at the airport early Sunday morning, Dec. 18.

“We had a few lightning strikes around the Metro Vancouver area,” he tells Vancouver Is Awesome. “There was thunder snow in some pockets of the city.”

Conditions have to be just right for it, he adds, and in Vancouver both thunderstorms and snow are unusual events.

“Thunder snow in Vancouver is a pretty unique event,” he says.

That means an unstable air mass in the atmosphere, along with the right mixture of moisture and cold air, all at once.

“We did have those conditions in place around the south coast region this morning,” Macdonald says.

Few caught it on camera this time around it appears, with only a few clips from security cameras making it to social media.

Macdonald says he’s only experienced it rarely in Vancouver. While similar to a thunderstorm, the snow dims the lightning strike in some ways, but it can also be brighter as the snow reflects the light. It also muffles the sound of thunder.

Along with the thunder and lightning, thunder snow brings thicker bands of snow. Macdonald explains that people may not have seen or heard the thunder or lightning, but still saw the heavy snow that was a part of the weather event.

While uncommon here, thunder snow is more often seen in eastern Canada, he adds, especially around the Great Lakes before they’ve frozen over.