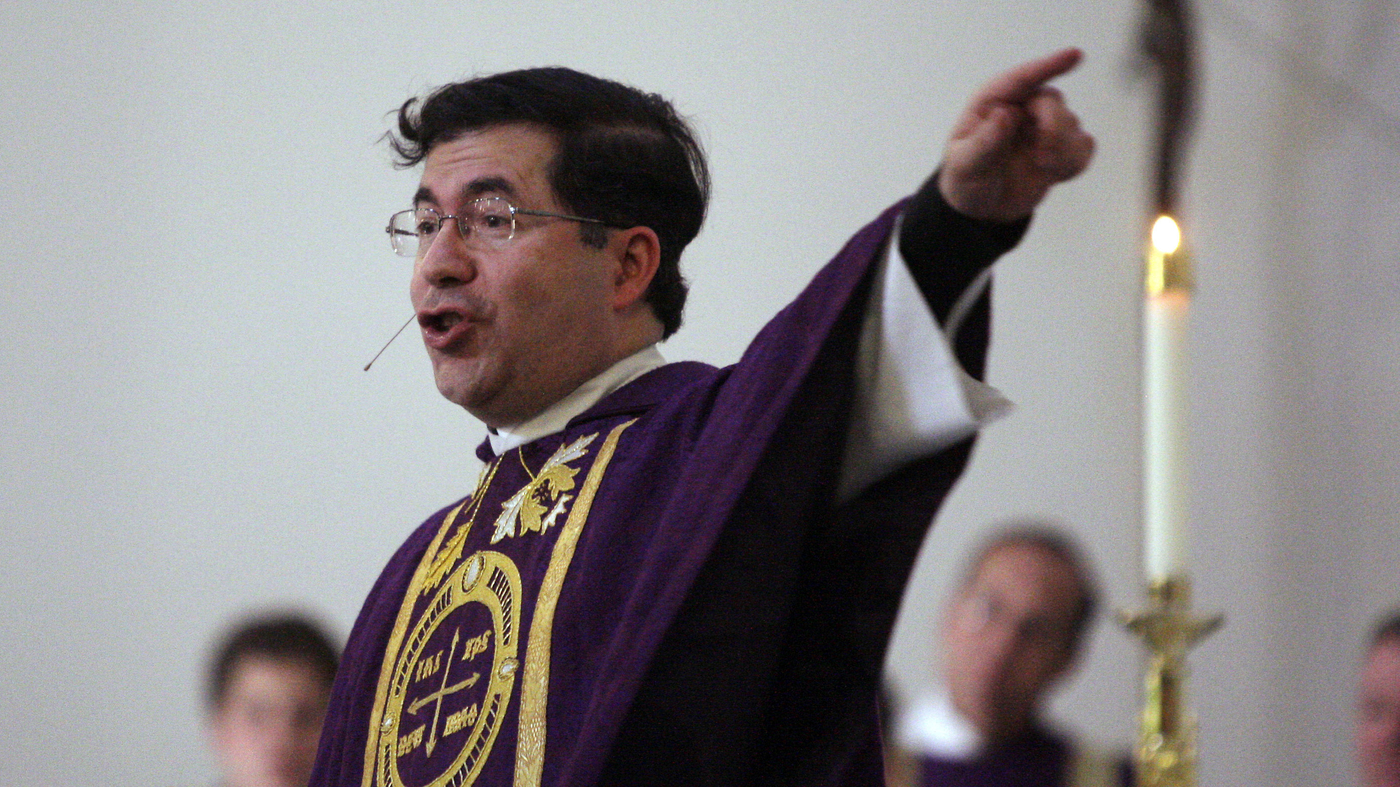 Frank Pavone, head of Priests for Life, has been defrocked by the Vatican for what it said were “blasphemous communications on social media” as well as “persistent disobedience” of his bishop.

Frank Pavone, head of Priests for Life, has been defrocked by the Vatican for what it said were “blasphemous communications on social media” as well as “persistent disobedience” of his bishop.

VATICAN CITY — The Vatican has defrocked an anti-abortion U.S. priest, Frank Pavone, for what it said were “blasphemous communications on social media” as well as “persistent disobedience” of his bishop.

A letter to U.S. bishops from the Vatican ambassador to the U.S., Archbishop Christophe Pierre, obtained Sunday, said the decision against Pavone, who heads the anti-abortion group Priests for Life, had been taken Nov. 9, and that there was no chance for an appeal.

Pavone had been investigated by his then-diocese of Amarillo, Texas, for having placed an aborted fetus on an altar and posting a video of it on two social media sites in 2016. He posts frequently about U.S. politics and abortion, and the video of the aborted fetus was accompanied by a post saying that Hillary Clinton and the Democratic platform would allow abortion to continue and that Donald Trump and the Republican platform want to protect unborn children.

Pavone remains a firm supporter of Trump: His Twitter handle features him wearing a “MAGA” hat with a background photo featuring the former U.S. president, whom many conservatives praise for his Supreme Court nominees who overturned the landmark decision guaranteeing a constitutional right to abortion in the United States.

In a tweet Sunday, Pavone sounded defiant, comparing his fate to that of the unborn.

“So in every profession, including the priesthood, if you defend the #unborn, you will be treated like them! The only difference is that when we are “aborted,” we continue to speak, loud and clear.”

His supporters immediately denounced the measure, including the bishop of Tyler, Texas, Joseph Strickland, who referred to U.S. President Joe Biden’s support for abortion rights as “evil.”

“The blasphemy is that this holy priest is canceled while an evil president promotes the denial of truth & the murder of the unborn at every turn, Vatican officials promote immorality & denial of the deposit of faith & priests promote gender confusion devastating lives…evil,” Strickland tweeted.

Pavone had appealed to the Vatican over restrictions placed on his ministry in 2011 by the Amarillo bishop, succeeded in getting the restrictions eased, and relocated away from Texas while remaining active with Priests for Life.

In his letter, Pierre cited information from the Congregation for Clergy that Pavone had been laicized — he can no longer present himself as a priest — after being found guilty in a canonical proceeding “of blasphemous communications on social media and of persistent disobedience of the lawful instructions of his diocesan bishop.” The letter was first reported by Catholic News Agency.

The statement said Pavone was given “ample opportunity to defend himself” as well as to submit to his bishop. “It was determined that Father Pavone had no reasonable justification for his actions.”

The statement concluded that since Priests for Life is not a Catholic organization, it would be up to the group to determine whether he could continue his role “as a lay person.”

Laicization, or being reduced to the lay state, is one of the harshest sanctions in the church’s canon law.