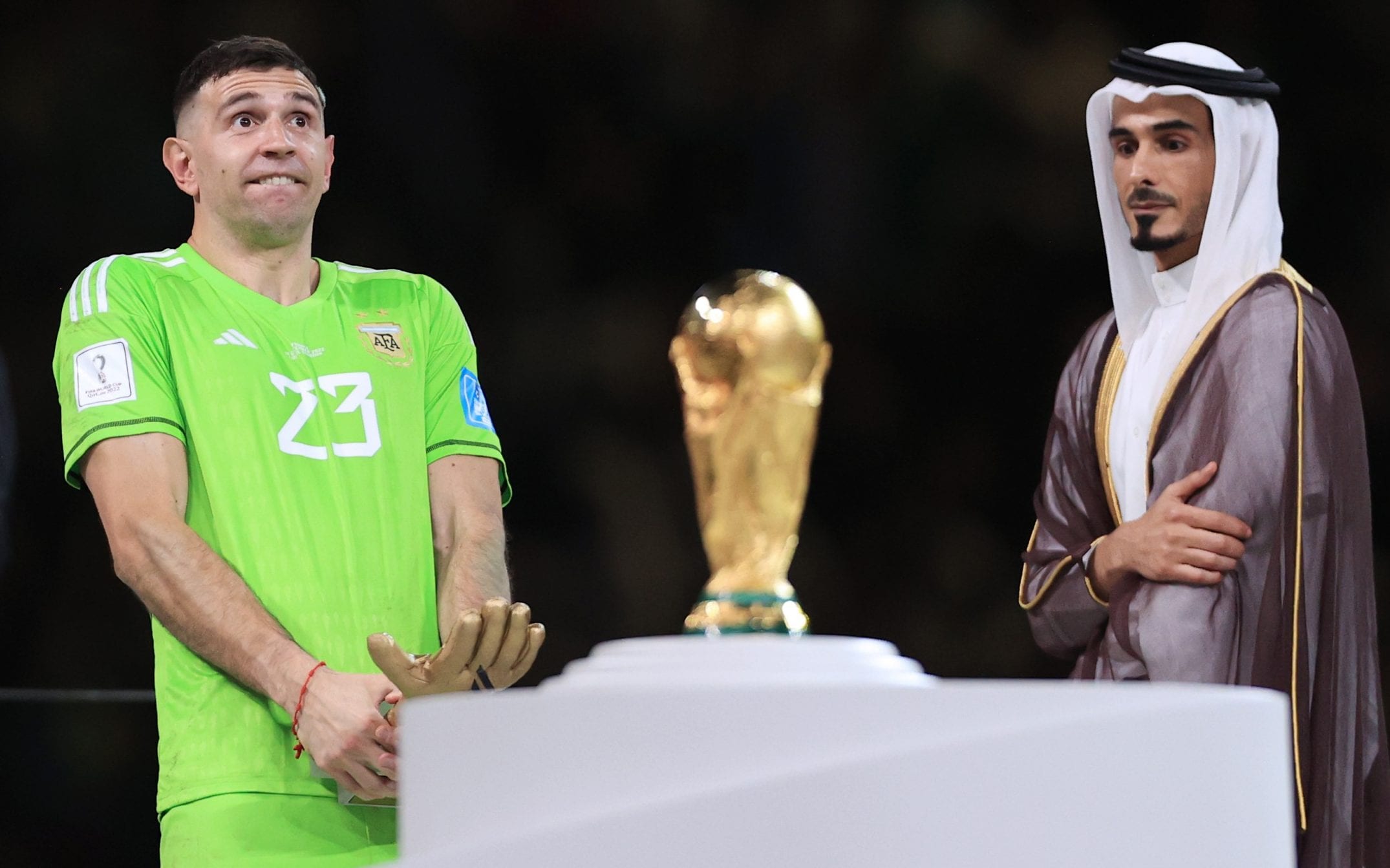 Martínez, the Aston Villa goalkeeper, made a crude gesture with the Golden Glove trophy after the victory over France on Sunday.

The French Football Federation has made an official complaint over Martínez’s “abnormal” behaviour, insisting he went “too far” after also baiting Kylian Mbappé in the dressing room during post-match celebrations.

Martínez will miss Villa’s Premier League game against Liverpool on Boxing Day, after being granted a period of rest by his club, but Emery has confirmed he will meet with the player later next week.

“I want to speak with him when he will come here next week but I am thinking more about his performance and his win, than his celebration,” said Villa head coach Emery.

“The celebration is for the supporters, with really big emotions. It’s not really a good moment as a coach to identify why.

“I prefer to be focused on how he performed and how he is going to win with us afterwards. I am going to speak with him because I want to control him about that as well – his emotions.

“We have to have values, we have to focus on behaviour when we are together and with the opposition players.

“We can speak in 90 per cent of the cases about very good things, and be very proud of him, for his performance, for his win. It is about more than small details like celebrations.”

Martínez is expected to return to Birmingham on Thursday, ahead of Villa’s game away to Tottenham Hotspur on New Year’s Day.

Emery is expected to start Robin Olsen, the Sweden international goalkeeper, in place of Martínez on Boxing Day if he is fit.