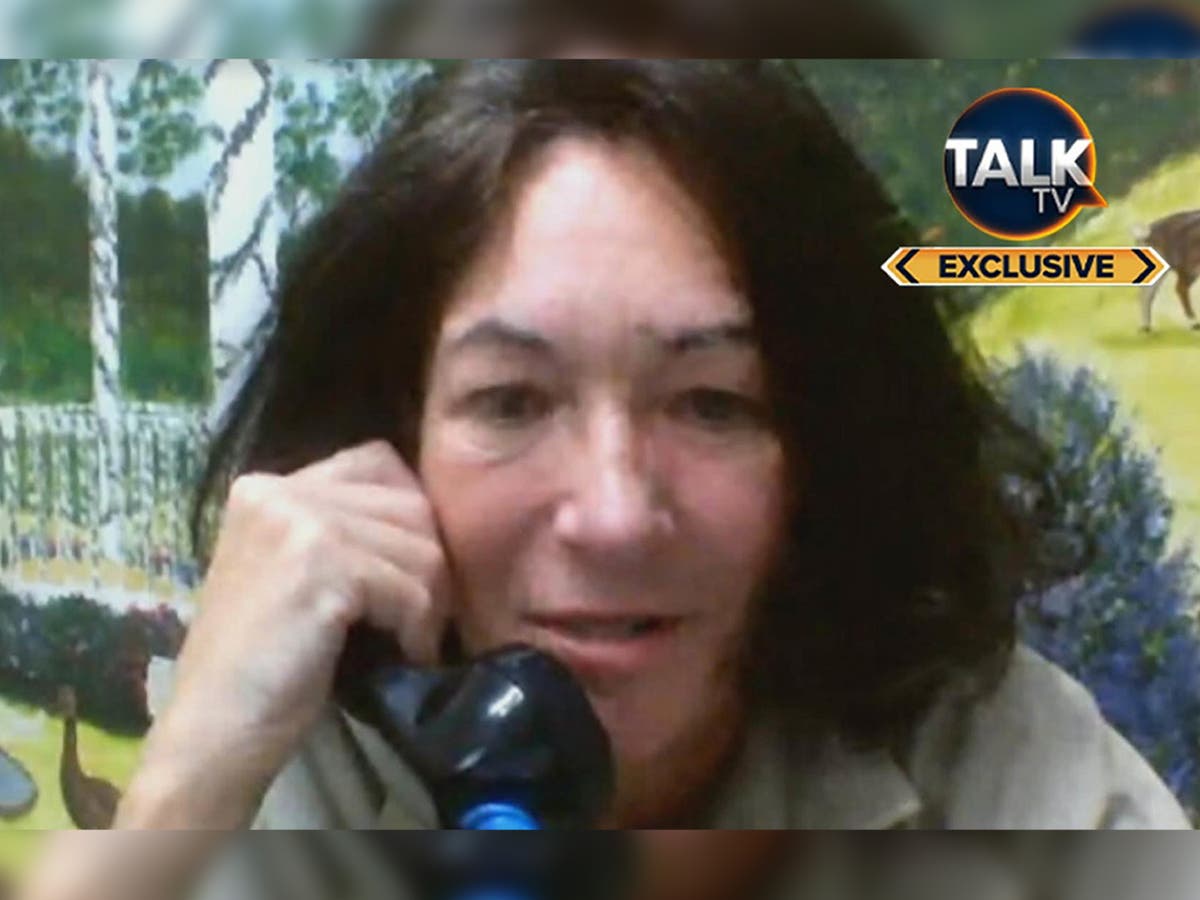 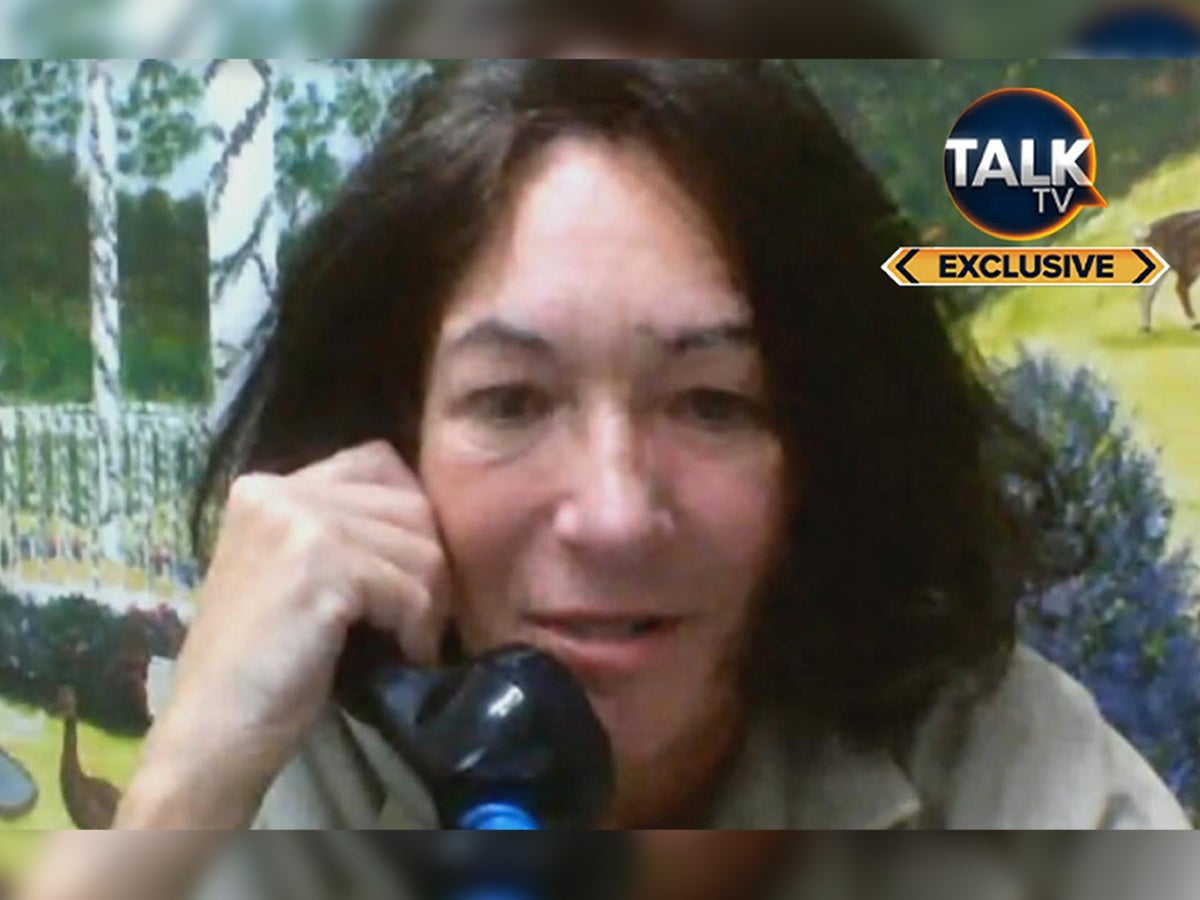 A jailhouse interview of Ghislaine Maxwell airs on Monday (23 January), marking one of the first times the convicted sex offender has spoken publicly since she was sentenced to 20 years in prison.

The interview, titled Ghislaine Behind Bars, was pre-recorded, and conducted at the Federal Correctional Institution in Tallahassee, Florida, the low-security facility where Maxwell is serving her sentence. It airs on TalkTV’s Jeremy Kyle Live.

Maxwell was convicted in December 2021 of sex trafficking charges, including sex trafficking of a minor, for what the Department of Justice described as “her role in a scheme to sexual exploit and abuse multiple minor girls with Jeffrey Epstein over the course of a decade.”

She received the 20-year prison sentence in June 2022. Epstein died in August 2019 at the Metropolitan Correction Center in Manhattan, where he was awaiting trial, also on sex trafficking charges.

Narcissists and the perils of interviewing sex offenders

What do we gain and what do we lose when we give Ghislaine Maxwell a platform from prison? During the interview, Maxwell claims that the infamous photograph of her and Prince Andrew with the then-teenager Virginia Guiffre was “a fake,” says that authorities “allowed” Jeffrey Epstein to die, and claims that she has unfairly been portrayed as a “poisonous person”.

It’s difficult to imagine that such claims could rehabilitate her reputation entirely. As a female sex offender — convicted on charges that include human trafficking — she is a member of a very small group of people who often prompt morbid fascination. Only 1 percent of convicted sex offenders are women, although some surveys of sex abuse survivors suggest that the true number could be as high as 40 percent. And even among female sex offenders, Maxwell is rare: they tend to be their victims’ caregivers, to come from lower socioeconomic backgrounds, and to abuse boys rather than girls. But they are six times more likely to abuse their victims alongside a co-offender, as Maxwell did with Epstein.

In the courtroom where she was convicted, Maxwell was portrayed by her defense lawyer, Laura Menninger, as a victim of Epstein who was manipulated. Perhaps Menninger’s most famous quote appeared in a number of headlines at the conclusion of the case: “Ghislaine Maxwell is not Jeffrey Epstein.” The defense cautioned the jury against taking out their anger at Epstein on Maxwell after Epstein’s death and implied that she was a scapegoat for a man’s most sordid crimes. The prosecution, in contrast, painted Maxwell as a “sophisticated predator” who “groomed” her victims so they could more easily be abused. Victims described her throughout the trial as a sisterly presence who would slowly build up to sexually abusing them after spending time building their trust.

Like those who obsess over true crime shows to parse out the motives of murderers, many find themselves drawn to the Maxwell interview because of a need to understand why. “She had a difficult, traumatic childhood with an overbearing, narcissistic, and demanding father,” her attorney Bobbi Sternheim wrote in the sentencing submission before she was convicted. And indeed, the word “narcissistic” has followed Maxwell around for a while. During her trial, she went viral for sketching the courtroom sketch artist back. Her seeming lack of remorse — to the point where she was making a joke of the proceedings, playing round with a sketch artist like a kid in a play — struck a lot of those who were present. The New Yorker’s Naomi Fry wrote a piece about her titled “The relentless ego of Ghislaine Maxwell”, and a legal expert told the Daily Mail that Maxwell was a “total narcissist” who would never reveal the names of people who collaborated with Epstein. Forensic psychiatrist Dr. Carole Lieberman told the Toronto Globethat Maxwell appears to be a “sociopath” who “may also have a narcissistic personality”. Case studies of female sex offenders imply that that a sizeable proportion of them suffer from personality disorders.

It’s clear Maxwell benefited financially from her arrangement with Epstein: he transferred $30 million to her during their friendship, while they trafficked young girls across state lines and to exclusive overseas locations. Her lavish lifestyle was lived out in public. One of the reasons we know so much about her and Epstein’s relationship is because of the photographs they took of each other at glitzy, public events, schmoozing with celebrities, and on private jets.

If Maxwell derived narcissistic pleasure out of helping Epstein, then it’s fair to say she will gain the same out of continued publicity. The fact that she consented to a jail cell interview in the first place is unusual. The fact that she used that interview as an opportunity to deny a lot of her involvement and to tell victims they should shift their blame onto the authorities — rather than expressing remorse — is telling.

This is not an investigative-feeling piece to camera, a la Louis Theroux’s A Place for Paedophiles, the movie-length documentary that went inside Coalinga Mental Hospital in California and interviewed multiple sex offenders among the 500 convicted paedophiles who are housed there. Maxwell is a celebrity, and Ghislaine Behind Bars is a disconcertingly jaunty-feeling title that gives the interview a “what she did next”, reality TV-style flavour.

Clearly, for Maxwell, rehabilitating her reputation means denying as much as she possibly can. It is very much all about her — about trying to convince the public that she is not “poisonous” — and not about the victims.