Prince Harry has divided royal fans over his singing skills after performing a verse of Elton John’s Your Song for the audiobook of his memoir Spare.

Some branded the royal’s impromptu song ‘cringey’ while other listeners were delighted, calling it a ‘random gem’ and ‘perk’ of the e-book edition.

The Duke of Sussex treated fans to a rendition of the 1970 ballad while discussing the tribute concert for the 10th anniversary of Princess Diana’s death.

The 2007 benefit called Concert for Diana included a performance by Elton John.

Prince Harry reveals in the memoir that Elton John had turned down a request to perform Candle in the Wind for the benefit because the song was too morbid.

Elton had rewritten some of the lyrics to Candle in the Wind – also called Goodbye England’s Rose – for Diana’s funeral, but opted to sing Your Song instead.

Harry then goes on to sing a few verses.

While some praised Harry for ‘adding his personality to the words on the page’, others were not sold on his ‘out of tune’ singing. 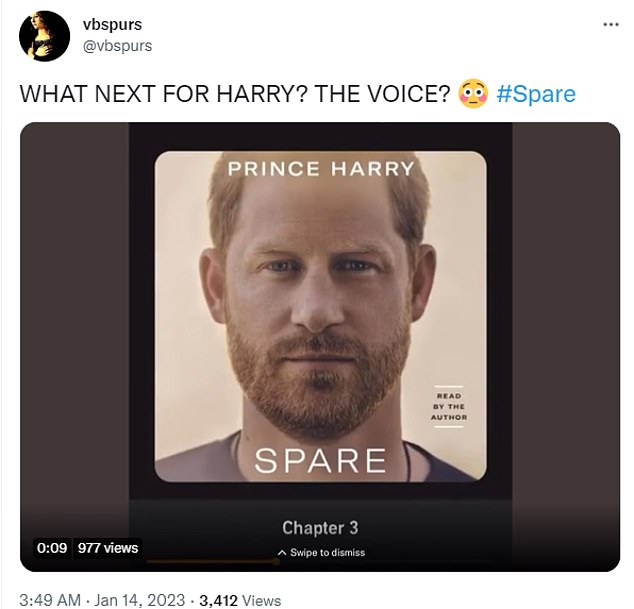 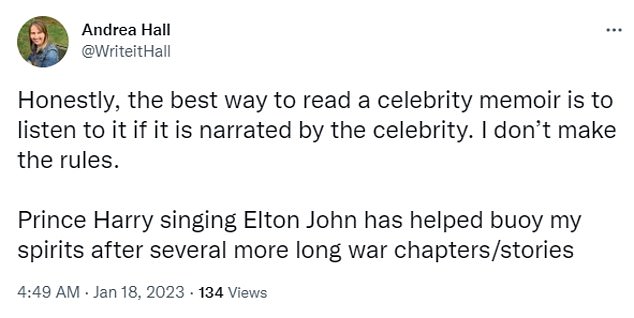 One person said: ‘Honestly, the best way to read a celebrity memoir is to listen to if it it is narrated by the celebrity. I don’t make the rules. Prince Harry singing Elton John has helped buoy my spirits after several more long war chapters/ stories’.

Another said: ‘Also a perk of listening to the audiobook is that you get to hear Prince Harry sing’.

But a third added: ‘Whomever allowed Prince Harry to sing for the audiobook should be sent to Siberia’.

A fourth posted: ‘His voice is cringy [sic] enough , but then he had to sing’. 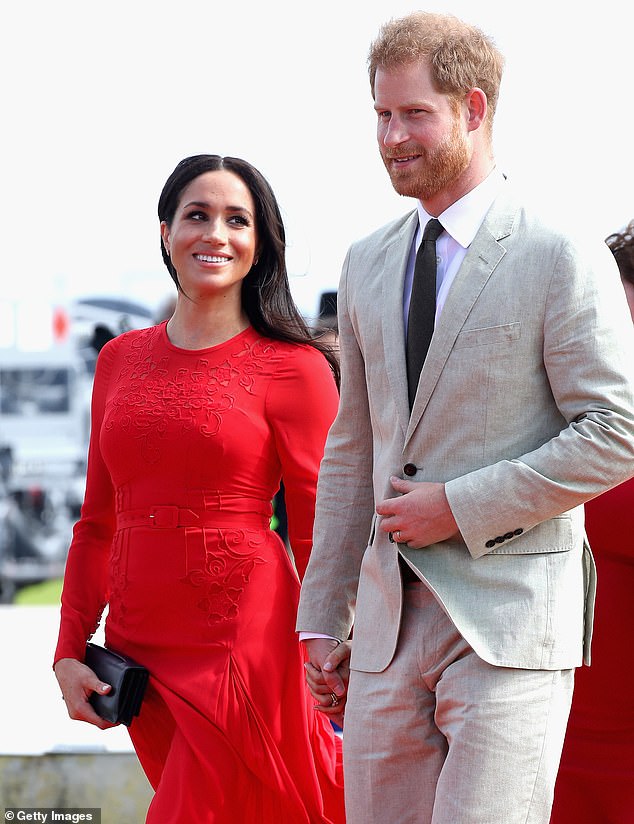 An insider told DailyMail.com exclusively that Meghan thinks Harry is a shoo-in to win a Grammy Award for Best Spoken Word for the audiobook of his memoir Spare 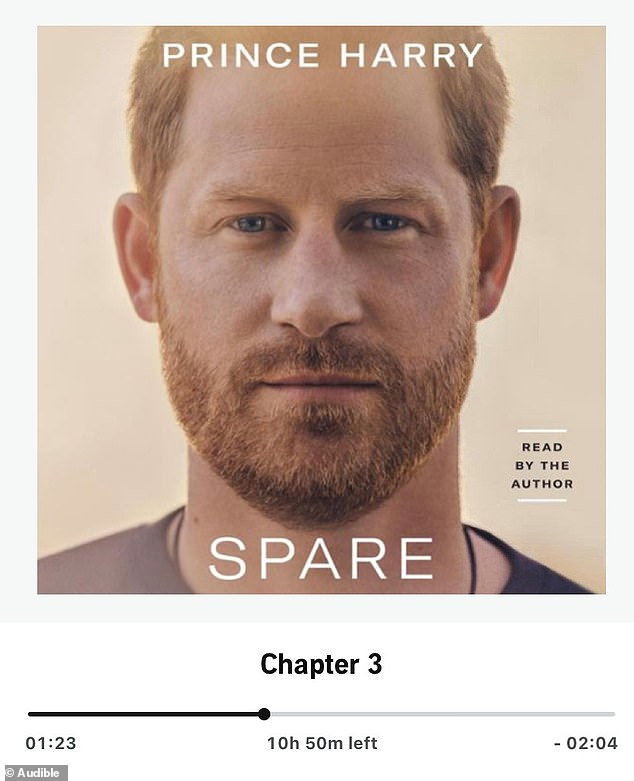 ‘He’s a natural storyteller, has a soothing voice and even sings on the audio version,’ the source said, referring to Harry singing Elton John’s Your Song on the audiobook of his memoir

It comes after Meghan treated fans to a rendition of the iconic 60s hit Land of a Thousand Dances during the couple’s Netflix series.

The Duke and Duchess of Sussex danced to the song at their 2018 wedding which saw A-list guests attend including Elton John, whom Harry considers a close friend.

Explaining their choice for their first dance, Meghan says in an interview for the bombshell documentary: ‘I just really wanted the music to be fun. Even our first dance.’

The Duchess then sings the 60s soul hit Land of a Thousand Dances, first recorded by Chris Kenner in 1962 then later became a bigger hit by Wilson Pickett and Cannibal & the Headhunters – and reveals: ‘That was our first dance. It was so fun. Just spinning like a whirlwind. It was so great.’

Yesterday, an entertainment industry insider told DailyMail.com that Meghan Markle and her team think Harry is a ‘shoo-in’ to win the Grammy for Best Spoken Word (Best Audiobook, Narration & Storytelling Recording) for the audiobook of Spare at next year’s ceremony.

‘He’s a natural storyteller, has a soothing voice and even sings on the audio version,’ the source says.

‘It was Harry’s decision to sing Elton John’s song in the audiobook. Who knew he could sing? Meghan thinks he’s up there with President Obama, who won the same award a few years back,’ the source adds.

The source says, ‘Hollywood loves him. He’s got the gift of the gab and a fun sense of humor. He’s the one with the star power.’

This year’s Grammy Awards are on February 5, and the nominees for Best Spoken Word Album are Viola Davis, Questlove, Lin-Manuel Miranda, Jamie Foxx and Mel Brooks.

Meghan hopes her husband will be considered for the 2024 award.

‘There’s even been talk about Harry appearing on the upcoming Academy Awards as a possible presenter [in March],’ the insider adds. 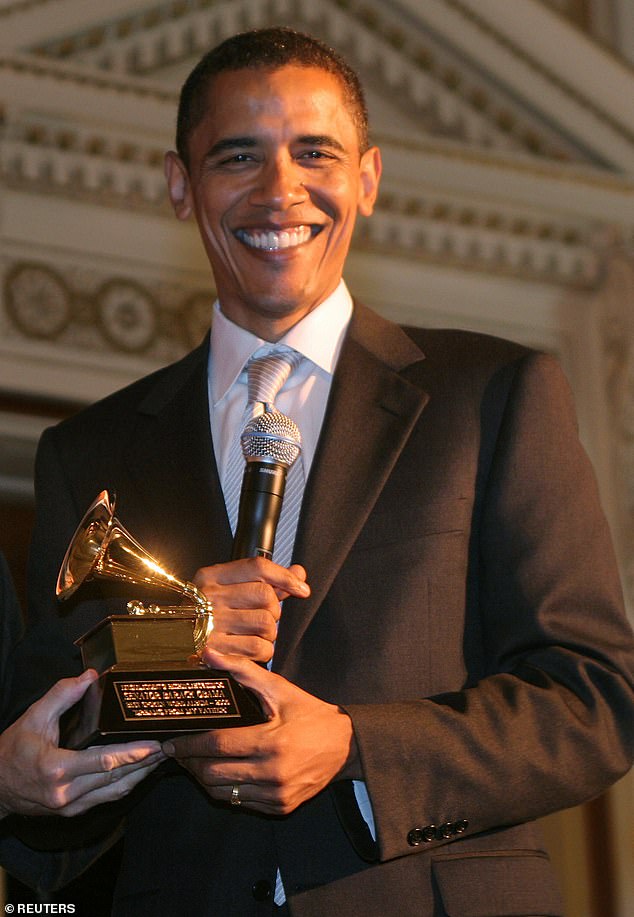 ‘Meghan thinks he’s up there with President Obama who won the same award a few years back,’ the source adds. Obama pictured in 2006 with his Grammy 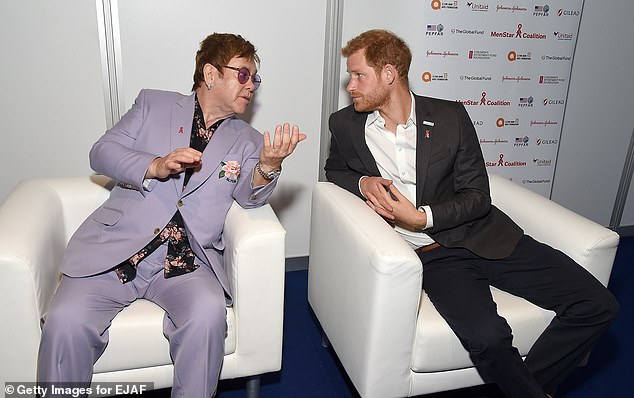 A gushing post praising the Duke of Sussex for his ‘courage, honesty and humor’ following the release of his explosive memoir was shared on the Duke and Duchess’ official website Archewell.

‘A huge congratulations to Prince Harry on the release of his memoir, Spare. As your team, we are proud to stand beside you, and celebrate you as the world finally hears your story in your words.

‘Thank you for your courage, honesty, humor, and light. You’ve inspired us all.’

It was signed off: ‘With admiration, Your staff and team at Archewell and The Private Office of The Duke & Duchess of Sussex.’

While its clear Meghan thinks highly of her husband, she has notably taken a step back from his lengthy media tour and let Harry have the spotlight.

The Prince has taken part in a number of high-profile media engagements since the book launched on January 10, including an interview with Anderson Cooper for CBS’ 60 Minutes.

He also appeared on the Late Show with Stephen Colbert on his own.

A gushing post praising the Duke of Sussex for his ‘courage, honesty and humor’ following the release of his memoir was shared on the Duke and Duchess’ official website Archewell 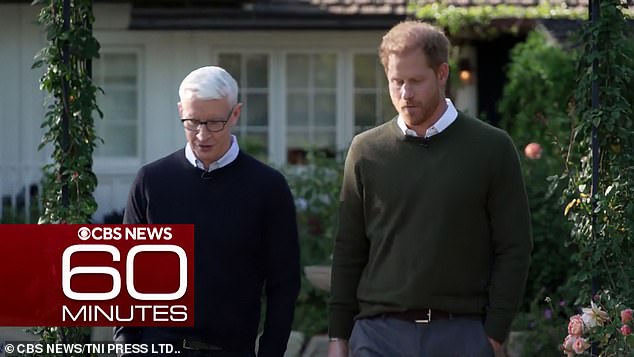 Harry has taken part in a number of high-profile media engagements since the book launched on January 10, including an interview with Anderson Cooper for CBS’ 60 Minutes 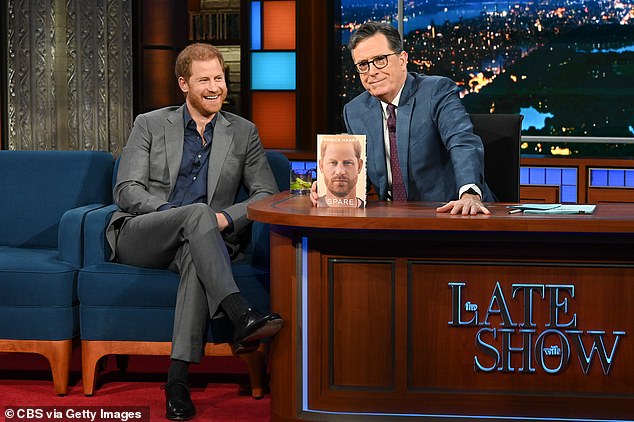 Meghan has notably taken a step back from his lengthy media tour and let Harry have the spotlight. Harry appeared on the Late Show with Stephen Colbert 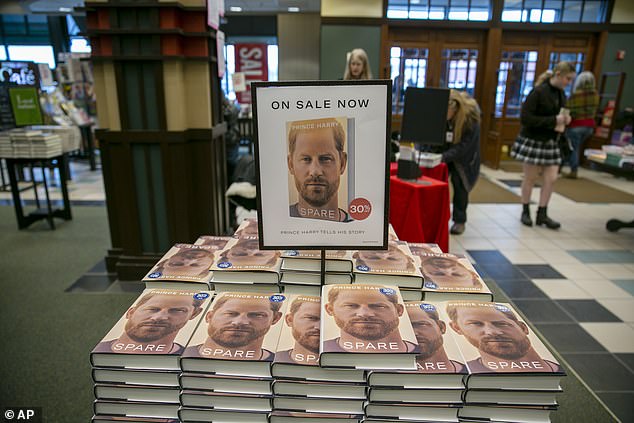 The Duke of Sussex’s autobiography has sold 750,000 copies across all formats – print, audio and e-book – in the UK since its publication on January 10

The Duchess was last spotted publicly with Prince Harry in December 2022, when the royal couple traveled to New York to accept an award for their ‘heroic’ stand against ‘structural racism’ in the Royal Family.

Sources told the Telegraph that had Meghan been involved in any aspect of promoting the book, she may well have been accused of trying to steal the limelight.

Others have suggested Meghan’s absence sends a message: this is Harry’s project.

It was said by a source close to the couple that Meghan was ‘more wary’ about the extremely personal memoir than the prince was, adding she may have raised ‘gentle concerns’.

But once Harry made up his mind to go ahead with the two-year project with ghostwriter JR Moehringer, the Duchess remained supportive.

‘Is this the way she would have approached things? Possibly not’, said one source.

‘But she will always back him and would never have got involved in promoting such a personal project. This is about his own life, his own journey and his own perspective.’