Taryn Brumfitt has spent the last decade on a mission to change the way people see and talk about their bodies.
Now, she has been named for 2023.
The winners of this year’s awards were announced at a ceremony in Canberra on Wednesday night. 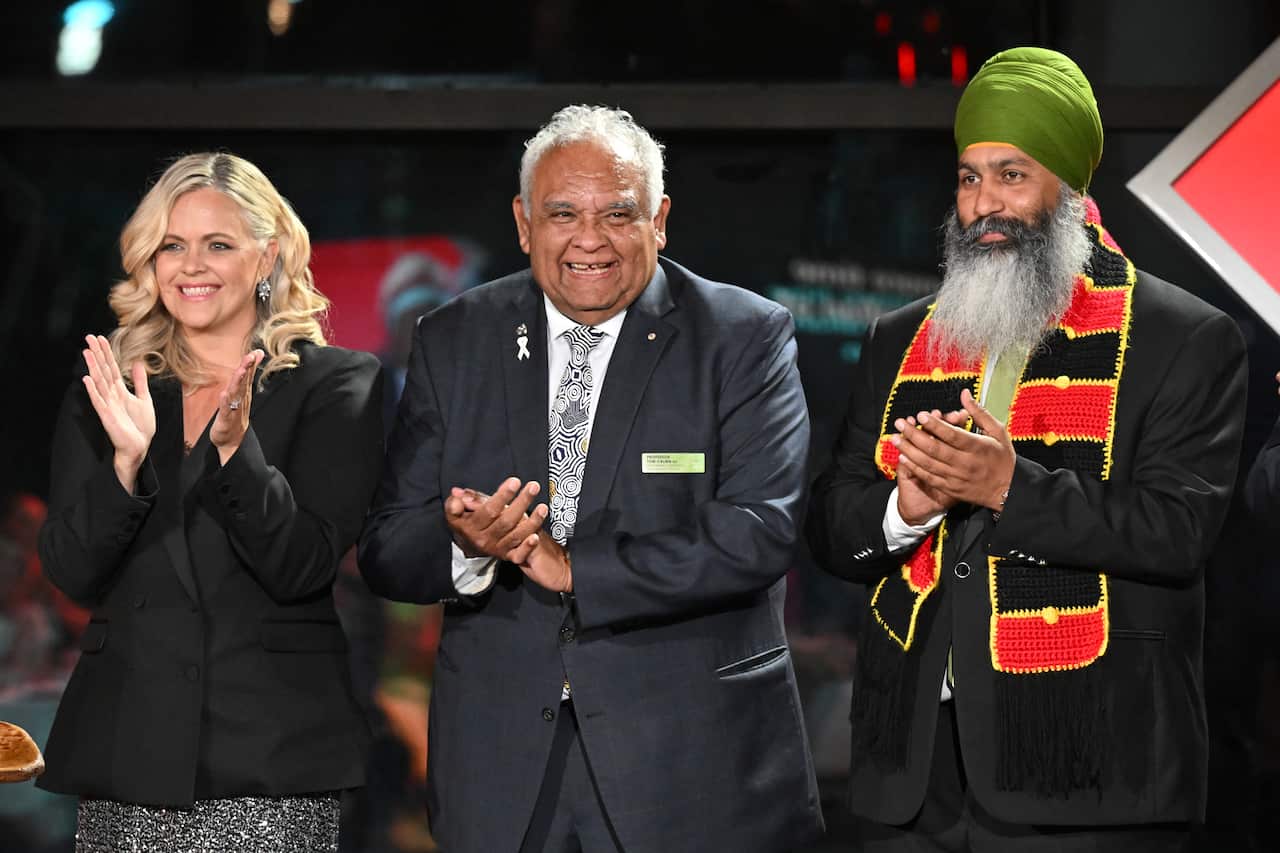 Who is Taryn Brumfitt?

Ms Brumfitt first gained recognition in 2013 after posting a viral ‘reverse’ before-and-after photo on social media.
The ‘before’ image was taken while she was competing in a bodybuilding competition and following a strict diet and exercise routine, while the ‘after’ image depicted a more relaxed lifestyle.
The viral post became the catalyst for a global movement.
Ms Brumfitt founded the Body Image Movement, and in 2016 released the documentary Embrace, which examines body image, social media, and how women perceive themselves.

The film has now been seen by millions of people in 190 countries, and in 2022 she followed it up with Embrace Kids. Millions of people around the world shared the ‘before’ and ‘after’ photos Taryn Brumfitt posted on Facebook. Credit: Taryn Brumfitt

When accepting the award on Wednesday night, Ms Brumfitt said it was critical to address body-image issues, especially among young people.

“We weren’t born into the world hating our bodies. This is something the world has taught us,” she said.
“We have been bullied and shamed into thinking our bodies are the problem. It is working because 70 per cent of Australian school children consider body image to be their number one concern.
“It is not our life’s purpose to be at war with our body.”
She said said early action was needed to combat body image issues and body shaming.
“There is a lot of work to do and it starts early and it starts with us being role models for our kids by creating empowering environments where they can thrive,” she said.

“We’re tired of just talking about it, we are tired of the misery and pain of hating our bodies. My goodness Australia, we are ready for change, for ourselves and the generations to come. She has also written four bestselling books, is an internationally credited keynote speaker, and had her work recognised by the United Nations Women.
National Australia Day Council chair Danielle Roche said Brumfitt’s work had sparked powerful change on a personal level for many Australians and people around the world.

“Taryn has inspired millions of women around the world to be comfortable in their own skin,” Ms Roche said.

Professor Calma is one of Australia’s most respected human rights and social justice campaigners.
From working in foreign diplomacy, to being an advisor to former Indigenous affairs minister Philip Ruddock and holding dual portfolios with the Australian Human Rights Commission, the Kungarakan and Iwaidja man has dedicated his life to advancing the rights of Indigenous people.
While working for the Australian Human Rights Commission, Professor Calma released the Social Justice Report in 2005 that lay the foundations for .

He was instrumental in establishing the National Congress of Australia’s First Peoples, has led the Tackling Indigenous Smoking program, co-chaired Reconciliation Australia for over a decade, and has co-led the co-design of the .

Professor Calma is currently Chancellor of the University of Canberra, an active volunteer, consultant and the first Indigenous Australian inducted as a fellow of the Australian Academy of Science.

When accepting the award, Professor Calma highlighted the importance of .
“To all Australians tonight, I want to say the referendum is not a choice between improving people’s lives or amending the constitution, we can do both but it will require bipartisanship, all levels of Governments working together and it must involve those most affected, namely Aboriginal and Torres Strait Islander peoples,” he said.

“Here in Australia we are fortunate to be the home of the oldest continuing surviving cultures in the world. This is something we should be proud of and we should celebrate as many of us are already doing.”

was born in the Kakuma refugee camp in Kenya in 1995 after his parents fled civil war in South Sudan.
After spending the first 10 years of his life at there, he came to Australia, learned to speak English, and made friends through playing football.
Mabil went on to play for Adelaide United and clubs around the world, and was celebrated nationally after
Mabil co-founded the not-for-profit organisation Barefoot to Boots, which aims for better health, education, policies and gender equality for refugees.
He was not able to attend the ceremony due to football commitments in Europe, but addressed the audience via a pre-recorded video message.
“For me, the most important thing is to help the next generation and also inspire them to be themselves and follow their dreams,” he said.

“Australia gave me and my family that opportunity to follow our dreams.”

Amar Singh, founder of Turbans 4 Australia, .
His life here started out of a suitcase, when he came to Australia aged 15 from India’s Punjab state in 1998 with his mother, two older sisters and older brother.

Mr Singh became an Australian citizen in 2000, and said he has been a proud Australian Sikh ever since, but experienced racial slurs and insults about his Sikh turban and beard. He set up Turbans 4 Australia to help foster a sense of belonging and support Australians in need.

Every week, the charity – which now has over 300 volunteers – packages and distributes up to 450 food and grocery hampers to those experiencing food insecurity in Western Sydney.
It has also organised drought relief, in northern NSW, bushfire-affected communities on the state’s south coast and
Mr Singh said he wants to see Ausralians from all backgrounds embraced.
“As a practicing member of a religious community, it is my dream to see Australians from all faiths and all backgrounds treated equally,” he said.

“I don’t want to see someone judged for their kirpan, for their turban or their hijab. We are all human beings. We all bleed red. It is our duty as migrants from ethnic backgrounds to open our doors to everyone to learn about our culture and our traditions.”