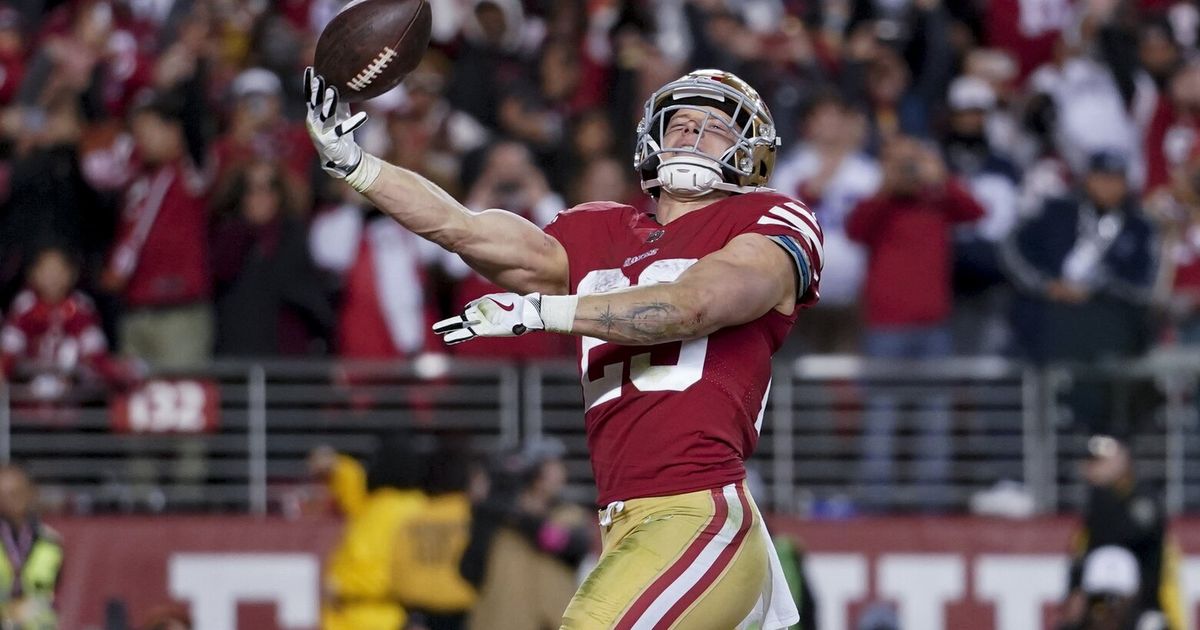 Been watching these 49ers lately, thinking that they look awfully reminiscent of something.

Reminiscent of a team that came from the same division nine years earlier and completed what may be the most celebrated season in Seattle sports history.

The 2013 Seahawks aren’t just the standard-bearers for what an athletic organization should look like in the Emerald City; they may be the most iconic NFL team of the past decade. The dominance, the bluster, the memorable moments — few compare to the LOB-era Hawks.

But this San Francisco squad shares some qualities taken right from that Lombardi-winning blueprint its NFC West rival laid out in ’13. And it is those qualities that might make the Niners the most compelling team left in the playoffs. Among them?

The 49ers also have something the Seahawks did not at the time — the best defensive player in the league. Nick Bosa currently sits at -1200 to win NFL Defensive Player of the Year after recording a league-high 18.5 sacks this season.

2. A surprise quarterback emerging as a star. Russell Wilson was already established in 2013 after finishing third in NFL Offensive Rookie of the Year voting the previous season, but his story was that of an out-of-nowhere outlier. A third-round pick drafted (in theory) to back up Matt Flynn — who went on to become one of the most lethal dual-threat QBs in recent memory. Well, Niners signal caller Brock Purdy isn’t quite the dual threat that Wilson was, but given that he was the last pick of the 2022 draft, it’s safe to say he’s a bigger surprise. The man is 7-0 as a starter and put up a passer rating of 107.3 in the regular-season. The rookie jitters most likely expected to emerge by this point have remained effectively suppressed.

3. A running-back trade that changed everything. As much credit as the defense gets for those Seahawks Super Bowl runs, the most impactful deal in franchise history likely came in 2010 when Seattle acquired Marshawn Lynch from the Bills. That paved the way for one of the more effective running attacks in the NFL, which allowed the Seahawks to win so many wars of attrition. Well, it’s hard to say San Francisco dealing for Christian McCaffrey hasn’t been equally — if not more — effective. The team is 12-1 since making that trade and has won its last 12.

McCaffrey’s efforts led to him beating out Seahawks QB Geno Smith for the league’s Comeback Player of the Year, and he may add some more hardware in the weeks to come.

4. The roster-wide star power. When the NFL Network came out with its top 100 list over the summer, seven 49ers were on it: Left tackle Trent Williams (14), receiver Deebo Samuel (19), tight end George Kittle (22), Bosa (25) outside linebacker Fred Warner (47) strong safety Jimmie Ward (96) and fullback Kyle Juszcyk. And this list obviously came out before Purdy’s emergence or the trade for McCaffrey.

But it’s one thing to be talented. It’s another thing to be one of the most dynamic playmakers in the NFL, as Samuel is — or one of the most contagious personalities, as Kittle is. Fox commentator Daryl Johnston stated what a lot of fans were thinking watching the game when he said (to paraphrase) that Kittle was like a WWE character in a football uniform. Probably a decent way to describe Richard Sherman back in his Seahawks heyday.

5. The dominance. The 49ers (13-4) may be the No. 2 seed in the NFC, but they’ve looked like the best team in football for the latter two thirds of the season. It’s not just the 12-game winning streak, which includes two playoff victories, it’s the NFL best +173 point differential in the regular season. The 13-3 Seahawks were at +186 in 2013, second only to the Broncos. Obviously, there are still two rounds to go, and the Niners have a bear of a test in the Eagles on Sunday. But there is something distinct — and familiar about this team.

Seahawks fans won’t likely root for the 49ers. Would be borderline blasphemy, right? Might be their least favorite team in the league — but it might also remind them of their favorite team ever.


Matt Calkins:
mcalkins@seattletimes.com; on Twitter: @matt_calkins. Matt Calkins joined The Seattle Times in August 2015 as a sports columnist after three years at the San Diego Union Tribune. Never afraid to take a stand or go off the beaten path, Matt enjoys writing about the human condition every bit as much as walk-offs or buzzer-beaters. His mom reads the comments so take it easy on him.