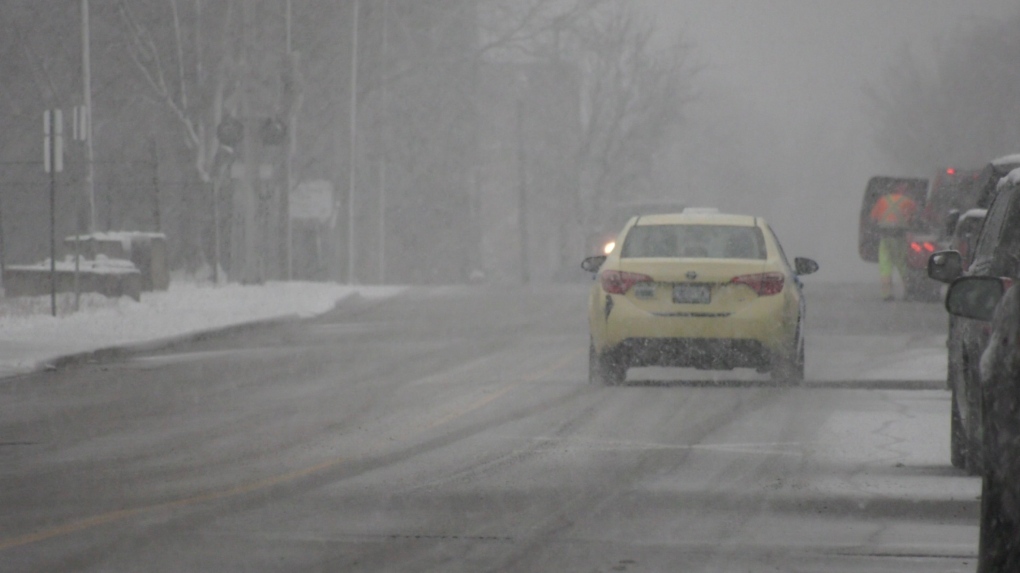 Environment Canada says most areas could see upwards of 15 cm of accumulation of snow with reduced visibility on the roads.

While the snowy weather is hazardous for drivers, many pets and kids appeared to be enjoying the winter weather.

The system impacting this region is reportedly a Texas low that will bring heavy snow to the area beginning Wednesday morning.

The snowfall intensified by afternoon. Heavy snow is expected to taper off to flurries overnight with a couple of additional centimetres will be possible on Thursday. At 3 p.m. Wednesday, police reported multiple accidents in the area of Howard Ave at Division Rd. No injuries were reported at the time.

Police are on the scene of multiple accidents in the area of Howard Ave at Division Rd. Northbound traffic is closed. No injuries are reported at this time. Please use alternate routes around the area.

The weather authority is also warning to prepare for quickly changing and deteriorating travel conditions adding, there may be a significant impact on rush hour traffic in urban areas.

With Environment Canada forecasting a steady snowfall to continue through early Thursday morning, the city says snow crews are working hard to clear the main routes.

The city says enough snow has fallen to warrant residential snow clearing and plowing. Crews will begin working in neighbourhoods early Thursday morning once the main arterial routes have been cleared.

The city is asking for patience as clearing can be a slow process and typically takes 24 to 36 hours to complete.

Drivers are asked to use extra when approaching intersections due to slippery conditions and to be patient when travelling behind a snow plow.

Thursday: Cloudy with 60 per cent chance of flurries. Wind northwest 20 km/h becoming light in the morning. Temperature steady near zero.

Friday: Cloudy with 30 per cent chance of flurries. High minus 1.

Saturday: A mix of sun and cloud with 30 percent chance of flurries. High zero.

Sunday: Periods of snow. High minus 3.

Monday: A mix of sun and cloud with 40 per cent chance of flurries. High minus 5.