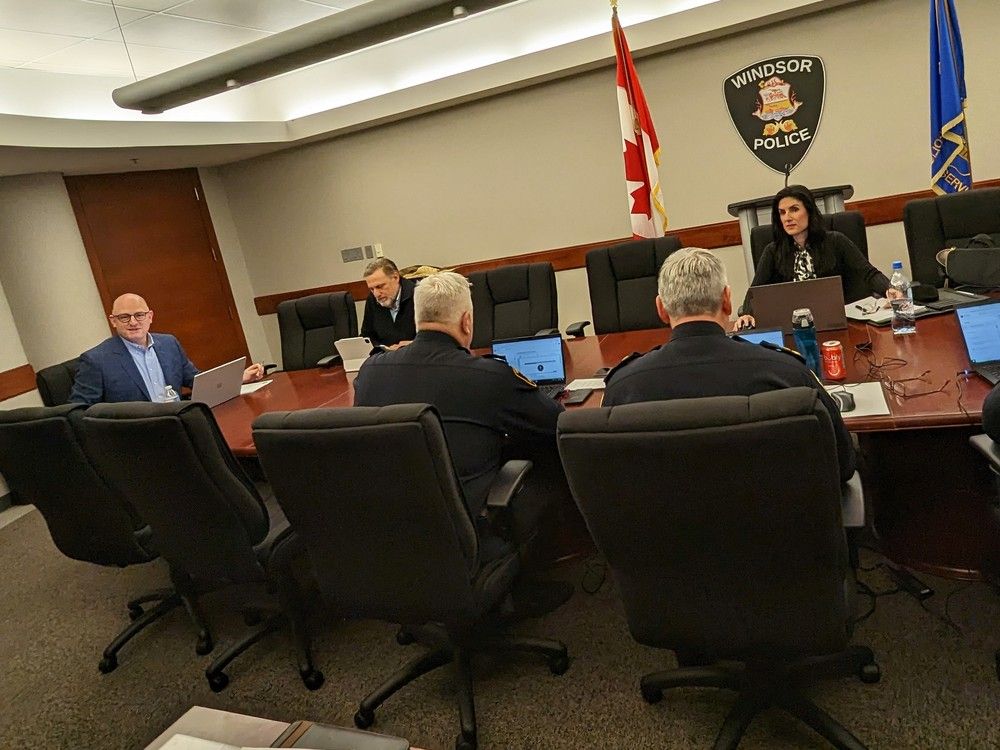 A Windsor police program that sees specific officers assigned to individual neighbourhoods to better address community needs is being expanded.

Following a meeting of the Windsor Police Services Board on Tuesday, police chief Jason Bellaire told reporters the neighbourhood officer program — a program that began before the pandemic but fell by the wayside when COVID stymied public roundtables — will be “most impactful” for the community.

“If we have a neighbourhood officer assigned who spends their time with that community, working through all those strategies, that particular officer can come back inside our organization and advocate for services, which would pivot resources within to prioritize a certain area based on what they have to say,” Bellaire said.

The neighbourhood officers will participate in various community meetings, like the former Downtown Windsor Safety and Security Roundtable, which the force is working to revive.

“We are a very open-minded police service, we’re a very open-door police service,” Bellaire said. “The people who work … at the command level are certainly open to a lot of what the community has to say. When we sit down at these tables, when we have conversations, you will see more than what you’ve seen in the past.

“Our members do tremendous work, and sometimes what they need is leadership to help create a structure for them to provide that amazing assistance that they give to the community.”

The neighbourhood officer program is an example of the service reallocating resources it already has to better meet community needs, the chief said, rather than asking city council for a larger budget increase.

“We’ve taken a hard look inside our organization to determine what jobs are redundant, what jobs are obsolete. We’re moving people out of positions that are no longer needed … and moving those people and reinvesting them back into some of the strategies that we’re talking about so the community gets the most bang for their buck.”

Bellaire said he was “cautiously optimistic” about the declining crime numbers, “but we’re certainly not going to bank on it.

“We realize we have to look further downstream at how long this trend is going to last. We could very easily have an increase in crime next month.”