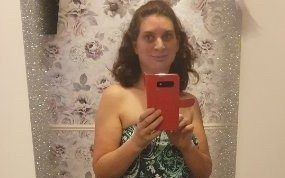 A woman paid £20,000 for a hitman she found on an “online killers market” to murder a former lover who rejected her, a court has heard.

Helen Hewlett, 43, is accused of stalking Paul Belton, her former colleague, for over two-and-a-half years after they had a brief romantic relationship and she became “utterly fixated” with him.

Ms Hewlett made false accusations of sexual harassment against Mr Belton, as well as falsely claiming he had made homophobic comments, before she allegedly turned to the dark web to find someone to murder him.

Norwich Crown Court heard how she used all her savings, overdraft and loans to buy Bitcoin so she could place an order on a site called “Online Killers Market”, which purported to supply hitmen.

She is said to have transferred £20,547 into an online account, along with Mr Belton’s name, his picture, and home and work addresses.

She was arrested after a tip-off to police, and was later found to have searched online for fatal accidents in Norfolk to see if the killing had been carried out.

She said that Ms Hewlett’s pursuit of Mr Belton, who worked as a staff trainer, had been “relentless” after flirtation between the pair led to “intimate touching and kissing” in a car.

Mr Belton was said to have “immediately regretted” the single encounter and repeatedly spurned Ms Hewlett’s efforts to continue the relationship.

Mr Belton ended up quitting his job and moving to work at another factory.

‘She was determined to ruin his reputation’

The court heard that Ms Hewlett also obtained a job there in order to pursue a relationship with him. Mr Belton subsequently rearranged his work patterns to avoid her, as well as blocking abusive messages and sexually explicit emails.

Ms Blair said: “She was determined to ruin his reputation at work.”

The jury heard how Ms Hewlett had told police she had “no intention of going through with the order” to kill Mr Belton after she was arrested.