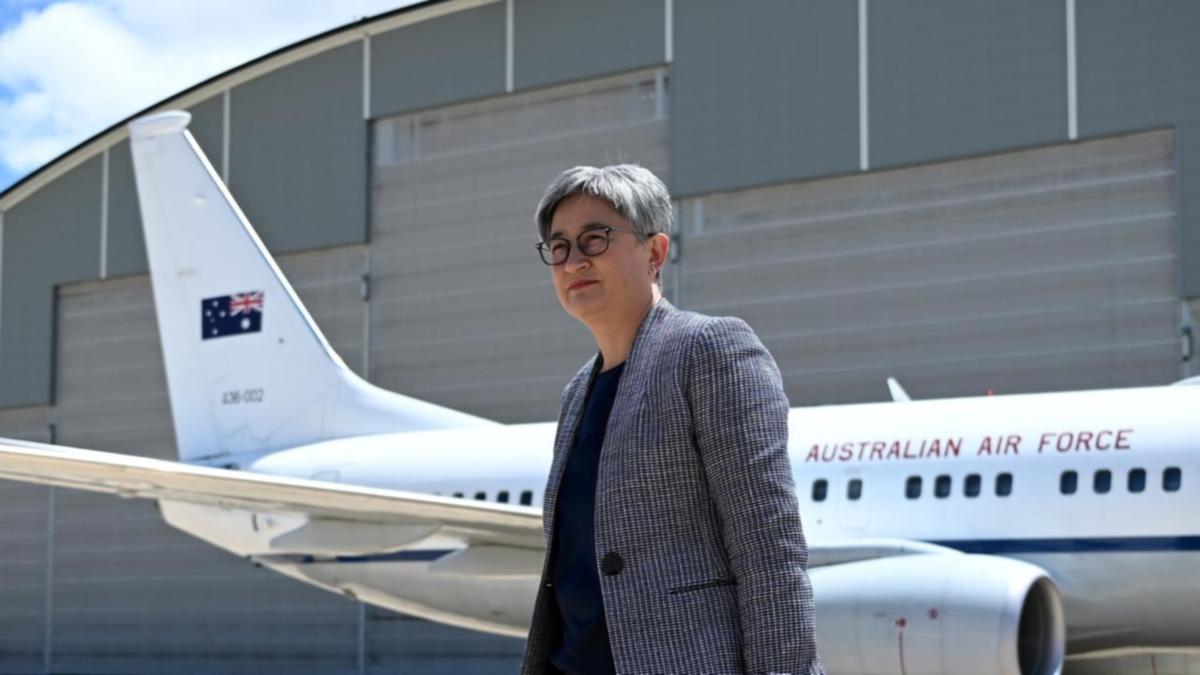 Foreign Minister Penny Wong says she will aim to stabilise relations with China ahead of historic diplomatic talks.

Senator Wong arrived in Beijing for her meeting with Chinese counterpart Wang Yi at 10.38pm local time on Tuesday (1.38am AEDT on Wednesday).

Senator Wong was greeted by Australia’s ambassador to China Graham Fletcher and a representative of China’s Ministry of Foreign Affairs on the tarmac at the Beijing Capital International Airport, where it was minus 4C.

The visit, the first time in four years an Australian foreign minister has been invited to Beijing for diplomatic talks, comes on the 50th anniversary of Australia establishing diplomatic relations with China.

Trade is expected to dominate discussions between the two foreign ministers, following China’s decision in 2020 to impose sanctions on several Australia goods like iron ore and barley.

The detainment of Australians in China, including journalist Cheng Lei, is also expected to feature prominently in the talks.

Senator Wong said it was “very good” to be in China “after quite a long time between visits”.

“I acknowledge and thank the government of the People’s Republic of China for the invitation to be here so that we can spend the 50th anniversary of diplomatic relations between our two countries,” she said.

“I look forward to the meeting which we have to (discuss) the issues that are important to us.”

Speaking on the tarmac after arriving in Beijing, Senator Wong said she would not pre-empt outcomes from the meeting but confirmed she would raise issues related to consular cases, human rights and trade concerns.

“I think the the mark of success is dialogue itself,” she said.

“We obviously have a lot of issues to work through and dialogue is a prerequisite for working them through.”

Senator Wong said she would continue to “advocate for the Australians detained as always”.

Asked about human rights, she said Australia “always raises the issue of human rights at all levels as appropriate”.

She said Australia believed it was “in the interest both countries for the trade impediments to be removed”.

The ministerial meeting follows a one-on-one discussion between Prime Minister Anthony Albanese and Chinese President Xi Jinping on the sidelines of the G20 summit earlier this year.

“The anniversary … provides an opportunity for both sides to reflect on the relationship and how it can be more constructive in the future,” he said.

“The decision to establish diplomatic relations took ambition and courage, but it was the right decision, and the relationship has delivered benefits to both our countries, including through our strong economic, people to people, academic and business links.”