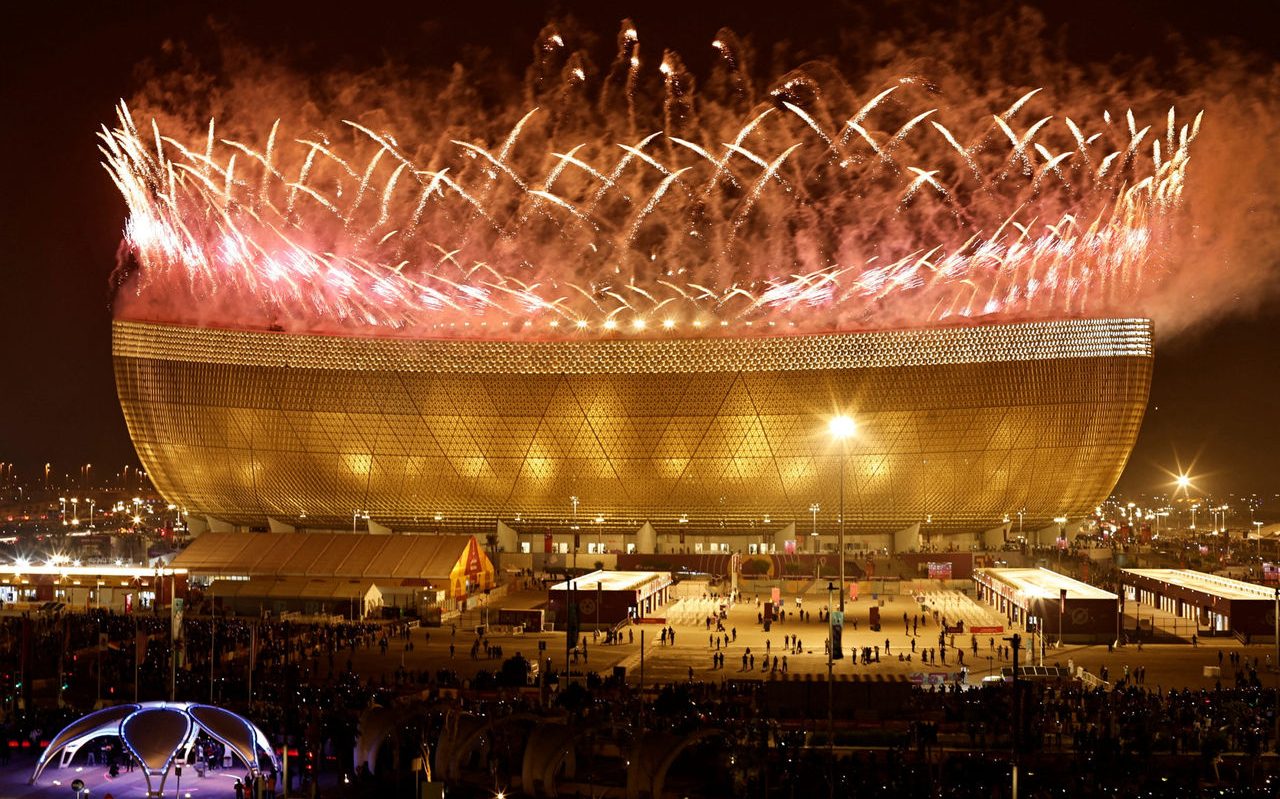 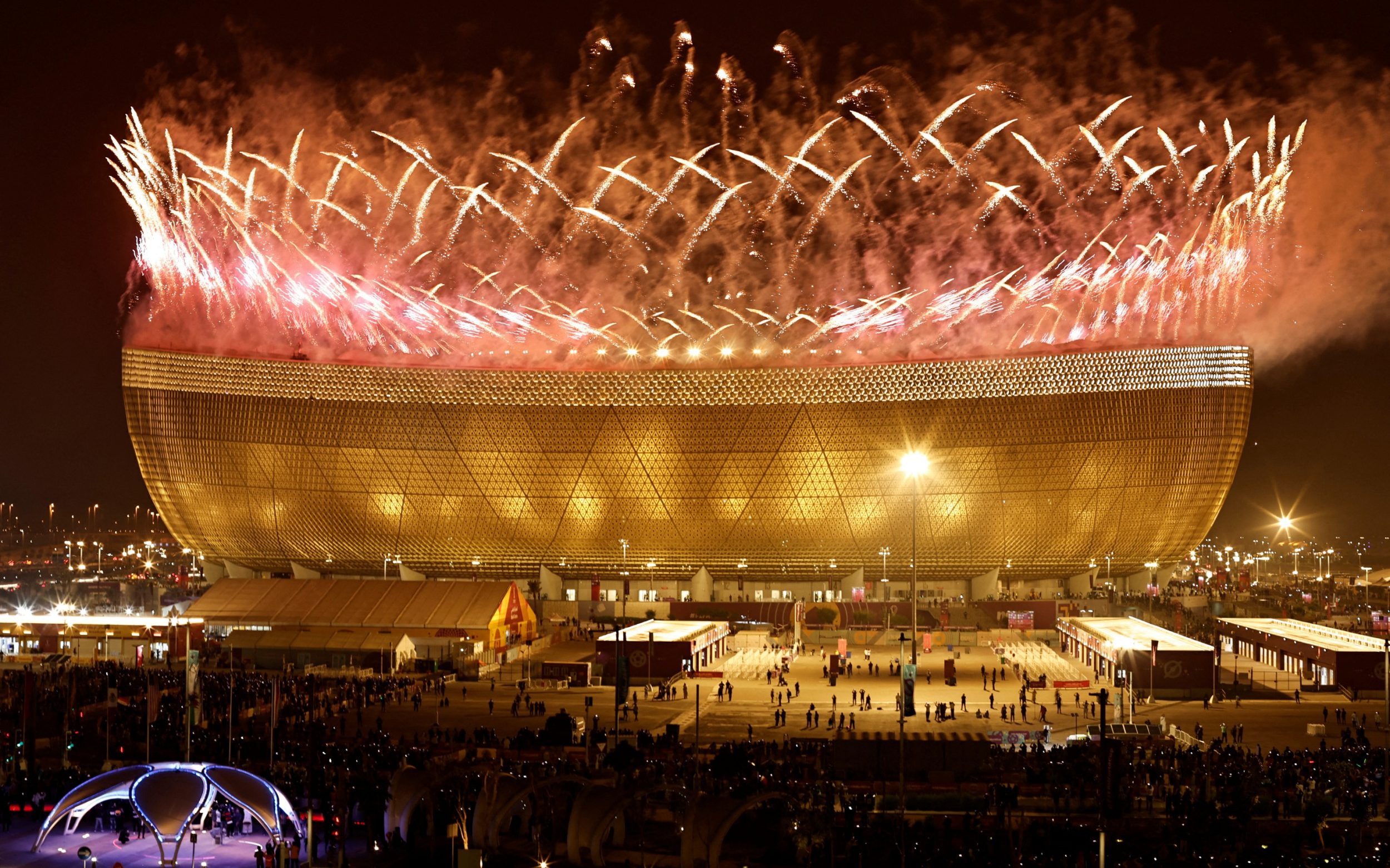 Hundreds of migrant workers in Qatar employed as security guards during the World Cup at Fifa’s main media centre and other key sites face deportation after launching an unprecedented street protest in Doha on Sunday against mass sackings that followed the tournament.

The protest was the culmination of a long-running labour dispute involving workers sacked before the end of their six-month contracts to work at the World Cup. They were left without salary, bonuses and a place to live – forcing them to occupy their company accommodation.

Telegraph Sport has been told that around 400 workers formerly employed by Stark Security Services and Festival Global Management, which are based in Doha, hired buses to take them to protest at the offices of the latter in the West Bay area of the capital city. Police were summoned and arrests were made. Eye-witnesses have reported the workers being escorted to their accommodation to collect their belongings ahead of the deportation process.

1,000 workers originally involved in protest over unpaid wages and bonuses

The dispute began during the tournament when workers were asked to sign new contracts. It then escalated after the World Cup finished when many of them, employed by Stark Security via the main contractor Festival Global, found their original six-month contracts terminated. At its peak, the dispute saw 1,000 workers occupying their accommodation and refusing to leave unless they were given unpaid wages and bonuses.

The workers had even gone as far as hiring a legal counsel in an attempt to get their case heard at the country’s supreme court but that seems to have failed. It is estimated that just 100 of the original 1,000 involved in the occupation, which began on December 20, are still camped out at Barwa Al Baraha. The site is just a 20-minute drive from the England team hotel in Qatar for the World Cup finals, in Al Wakrah on the coast south of Doha.

The men from south-east Asia, Africa and the Middle East were recruited to work for Stark Security, chiefly guarding the Qatar National Convention Centre which housed Fifa’s media hub for the thousands of journalists from all over the world reporting on the tournament. The Telegraph has seen pictures from the end of last year of lists of names posted on the wall at Barwa Al Baraha with “demobilisation” dates for hundreds of workers, either on December 19, 20 or 22.

Such was the desperation among guards, who claim they are owed three months-worth of salary on contracts that ran to February, that many of them pooled financial resources to fight the case. Trade unions are not permitted to operate in Qatar. The standard salary for a guard is around 2,700 Qatari riyals a month – the equivalent of £615.

The redundancy process is being handled by Stark Security’s partner company Festival Global, which also has offices in the United States, Tunisia and Kuwait. In what is described by the two companies as a “separation form”, migrant workers were asked to sign a declaration that they are no longer owed any wages in return for a small compensation fee.

A copy of the statement workers were requested to sign has been seen by The Telegraph. It says: “I’ve settled all my dues and received what I was owed from Festival Global Management and Stark Security Services and I will remove myself and my belongings from the accommodation provided by these companies as of today. It has been a pleasure to be of service and be a part of this company for the duration of our time together.”

A minority of guards accepted £387 to vacate accommodation

It is estimated by those at the scene that a minority of guards – numbering in the hundreds – had agreed to sign the separation forms and accept a small compensation payment in return for leaving their accommodation immediately. It is understood they were paid around 1,700 Qatari Riyals; about £387.

The dispute follows a request by Stark earlier in the tournament that guards sign new contracts that would effectively keep them in Qatar for two years. That came around the end of the first round at the World Cup. Around 125 guards refused to work at the Fifa main media centre on December 5 in protest at being urged to sign new contracts.

The Telegraph has seen one of those revised contract offers from Stark sent to workers in early December that pays a basic monthly salary of just 1,000 Qatari Riyals – £226 – for a female security guard. Under the terms of that offer, employees are only entitled to 21 days paid annual leave, and return economy plane tickets to their country of origin, after “two years of continuous service”.

Stark employed around 4,000 guards across a number of sites in Doha, and operated three shifts per day at the media centre, of 125 male and 63 female guards per shift, covering 24 hours. Guards complained of late payment of wages.

Guards say they worked at the media centre over the course of the World Cup without a day off. The move by Stark to switch to new contracts was in response to attempts by some of the guards to leave the company and seek new employment.

The new contracts on offer from Stark included a condition that employees “will not join any competitor company” when they resign. There is expected to be competition for contracts to provide guards for the Asian Football Confederation’s Asia Cup – the main Asian continental international competition – which will take place in Qatar in 2023.

A contract seen by Telegraph Sport and offered to a number of guards offers a monthly transportation allowance of 500 Qatari Riyals (£113) which was used to cover the 35-minute bus journey from the company’s worker accommodation to the centre. The contract had a monthly food allowance of 300 Riyals (£68) and an extra unspecified allowance of 1,400 Riyals (£316).