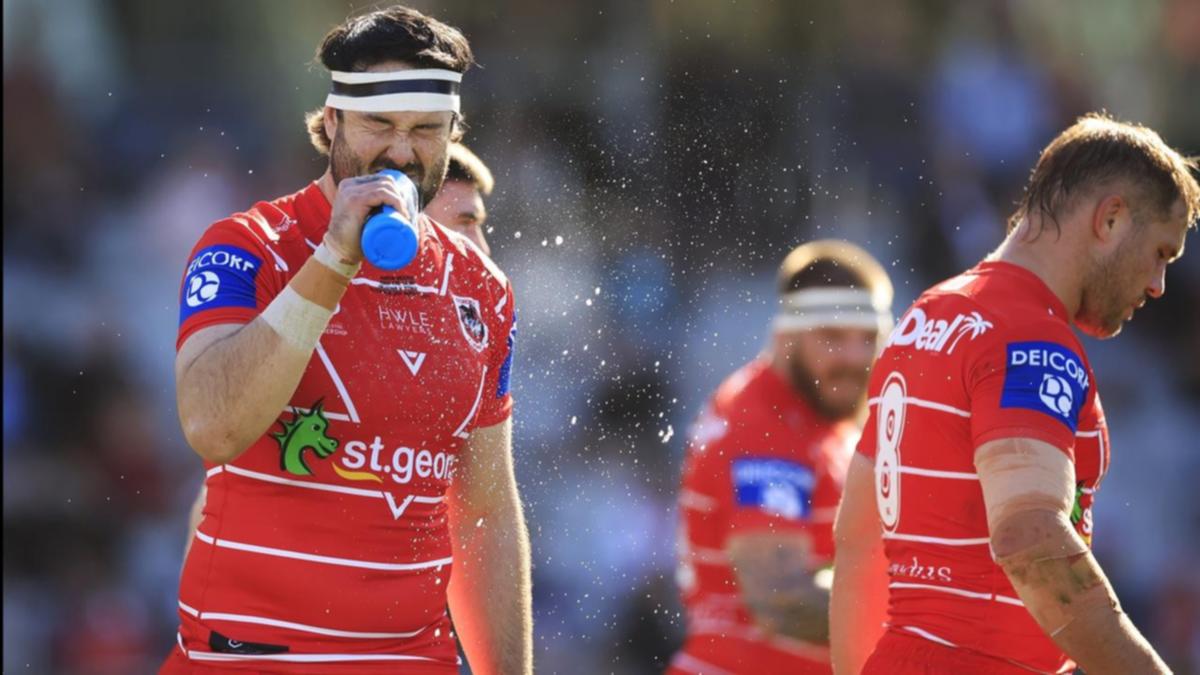 Veteran Aaron Woods has put his younger St George Illawarra teammates on notice, urging them to lift their game in 2023 or risk another season without playing in the NRL finals.

The Dragons boast some of the most exciting young playmakers in the competition, with Jayden Sullivan, Tyrell Sloan and Junior Amone all tipped as genuine superstars of the future.

Halfback Sullivan and fullback Sloan had limited opportunities in 2022, playing only 13 games between them as coach Anthony Griffin favoured Ben Hunt and Cody Ramsey in their positions of choice.

Sullivan and Sloan both requested releases during the off-season before backflipping and affirming their commitment to the Dragons.

Now that they’ve pledged to stay put, the pair have been singled out by Woods as two of the young stars in need of consistency next season.

“We’ve got some really good young players that have been good for the last couple of years but they’re first-graders now,” Woods told reporters.

“We can’t just say that they’ve got ability. They’ve got to come out and do it.

“They have to own that jersey. For us, we want them to dominate games and dominate for long periods, not just show us glimpses of what they’ve got.

“We want them to come out and dictate games.”

Woods said healthy internal competition could help drive standards up at the Dragons, who made headlines last week after tempers boiled over into a scuffle at training.

“We had a bit of a push and shove last week and it just shows that it means a lot to the boys,” Woods said.

“They’re competing really hard every day and that’s what we want.”

Woods dismissed suggestions the scuffle was further evidence of a divide at the Dragons; only three senior players attended the club’s awards night this season, reviving rumours of player unrest under Griffin, who is known as a hard taskmaster.

“As a group we’ve had a pretty tough pre-season. We had a good week down at Bawley Point and we got to bond a bit and get to know about our players.

“That extra bit of bonding does help.”

Fellow forward Jack de Belin said it was full steam ahead on the Dragons’ quest to play in the finals for the first time since 2018.

“We’ve all got a clear focus at the moment and we’re all very united. It’s one team, one dream,” he said.